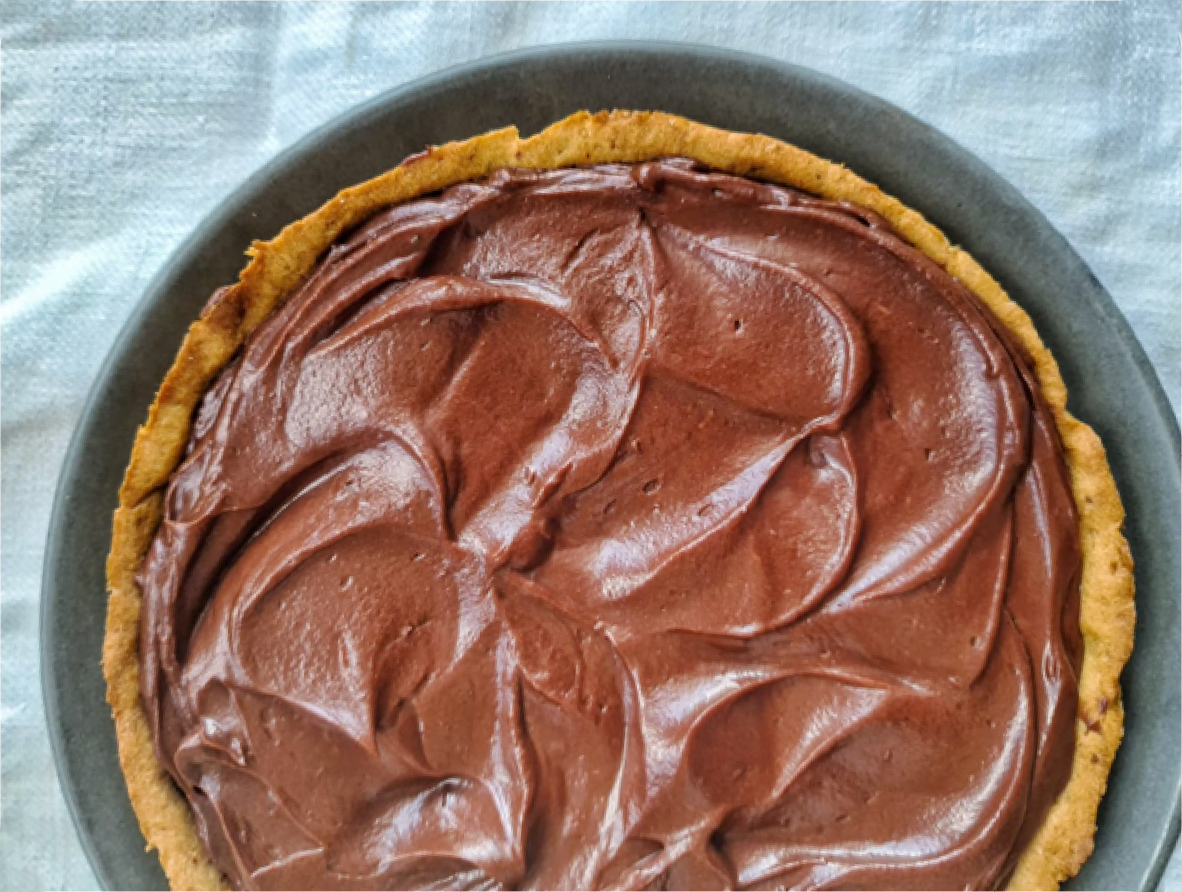 So, how about a spot of dessert?

The end-of-year festivities are approaching, and because they’ll hopefully include a generous helping of meals with family and friends, Midnight Weekly will be sharing a number of recipes, from entrée to dessert, that should hopefully impress your loved ones over the coming weeks – not least because they’re all environmentally-friendly in one way or another.

After an eco-conscious starter, main and cheese platter, next up is dessert. We’ve asked one of Paris’s hottest chefs, Simon Aushcer (who’s already appeared in a previous edition of Midnight Weekly) to share one of his favourite recipes. Once again, his choice very much adheres to the principles of sustainable cooking – something integral to his culinary philosophy.

The festive period often involves eating a whole load of chocolate, but you shouldn’t just gorge on any old stuff. Go for the good stuff. Here are a few tips: buy it in an organic shop that takes sourcing and fair trade seriously. That will no doubt mean it’s a little more expensive than mass-produced supermarket bars, but it will also ensure every actor in the production chain will be paid fairly for their work. Another indication of high-quality chocolate? The fewer ingredients on the label, the better. Now, to the recipe.

Start with the pastry: mix the flour, sugar and butter by hand until you obtain a sandy texture.

Add the egg yolk and mould into a ball.

Cover and leave to rest in the fridge for at least 30 minutes.

Put the cream in a saucepan and bring to the boil. Add the salt and the spoonful of sugar.

Once you’ve taken it off the heat, add the chocolate and butter and stir until everything has melted and well mixed in.

To finish up and smoothen the mixture, add the 500ml of milk and mix with an electric whisk.

Layer the pastry in a tart mould, prick the tart base and cook for 15 minutes at 180 degrees.

When the tart base is cooked and at room temperature once again, pour in the ganache and place in the fridge for one hour.

Sprinkle with a little cocoa powder before plating up.

The recipe is the work of Angèle Ferreux-Maeght, whose restaurant La Guinguette d’Angèle (Paris) places an emphasis on seasonal and well-sourced produce.