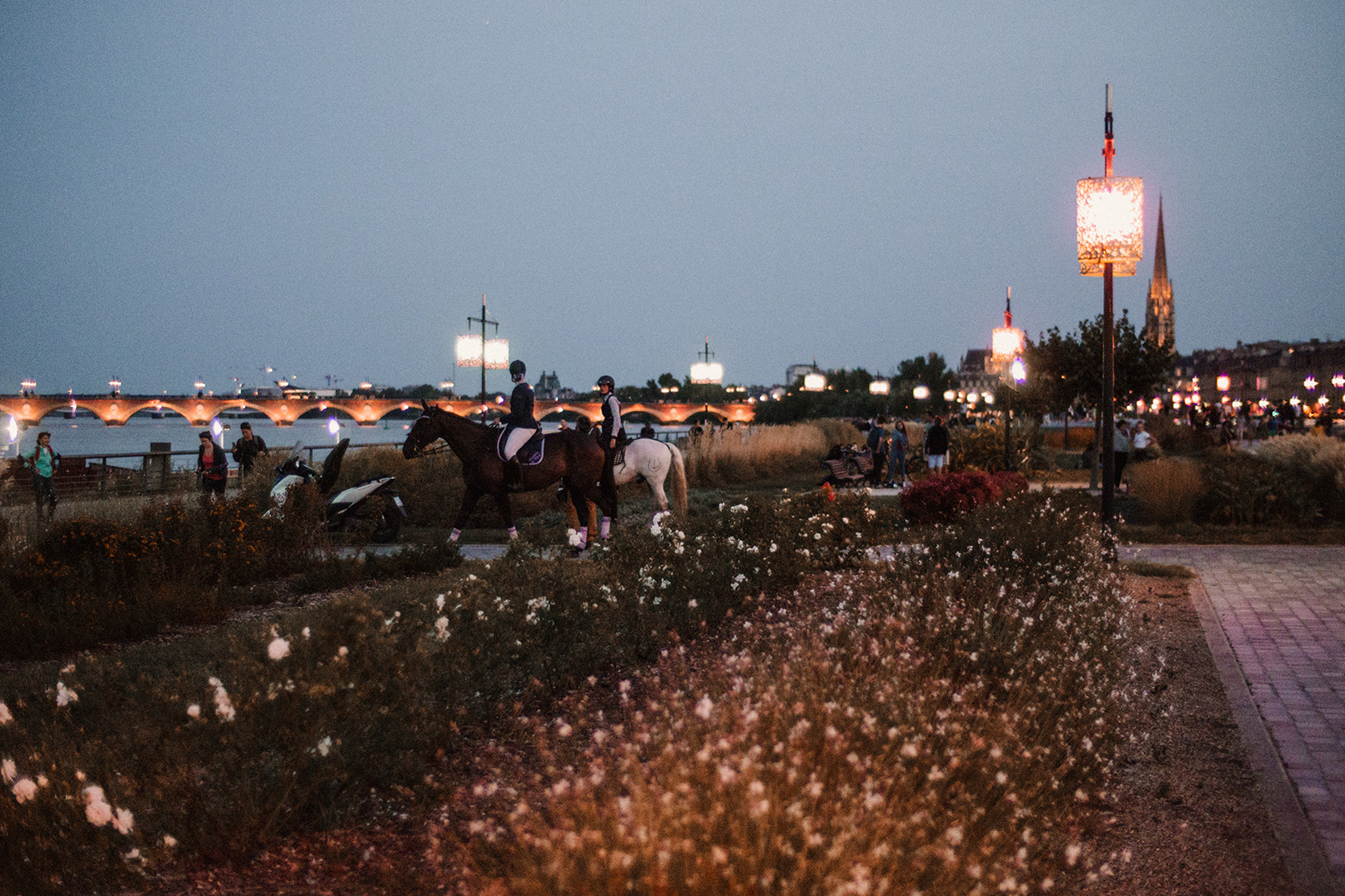 It’s not all about the wine, y’know

Known for its beauty and refinement, the city of Bordeaux is above all famous for its wine. However, the place sometimes known as La Belle Endormie (Sleeping Beauty) and the Port de la Lune (the Port of the Moon) has many other delights to offer, whether you’re into your reds or not. So having visited Bucharest, Malaga and Catania, Midnight Weekly will today endeavour to show you another side to this one-of-a-kind city – one you won’t discover through travel agencies and other tourism websites.

Of course, if you are in town, you shouldn’t overlook the city’s many caves, unbeatable vineyards or the famous Cité du Vin. You simply must make the most of them while you’re here. These are marvellous places that provide amazing insight into the more indulgent side of French culture. But you don’t need us to tell you about all that. Our first stop will instead be the Bassins des Lumières. Considered the biggest digital art centre in all of France (and quite possibly the world), this place puts on daily immersive light-and-sound shows that are guaranteed to blow you away. Artists from all over the world make extraordinary use of the incredible architecture of the surrounding structure, a former submarine base built by the occupying German forces from 1940. And how glorious it is to see these exhibitions reflected in the building’s four basins, which are 12 metres high, 110 metres long and 22 metres wide. Breathtaking.

Now head to the Capucins Market. Sometimes called ‘belly of Bordeaux’, this history-filled market was built in the eighteenth century under the aegis of the Marquis ofTourny who wanted to rehabilitate this down-at-heel neighbourhood. Its development in teh decades since has been closely linked to the development of the city as a whole. Still today, it is a go-to hangout for many of the city’s inhabitants. Walk around, and you’ll see why. The stands filled with fruit, meat, fish, wine and other goods create a heady atmosphere that intoxicates the senses. Locals have even got into the habit of grabbing lunch there in the middle of the working day. But as for us, we’d recommended travelling a little further, to La Tupina.

The place has won several awards over the years, and been written about loads in the English-language press. It was even named the best bistro in the world and restaurant of the year in the 1990s before being named among the world’s 50 best restaurants in the 2000s. So no wonder this 1960s establishment is so good. Run for several years now by the chef Franck Audu, it’s a place that honours tradition while creating plates that are resolutely modern. Try the legendary sanguette (a crêpe with blood, duck neck and persillade), fries cooked in their fat, lamprey eel and even soups cooked in a cauldron (the house dish, and also the restaurant’s name).

After you’ve had your fill of delicious food, you should head over to the Darwin Eco-Système, on Bordeaux’s Right Bank. Housed in a neglected military barracks, this multidisciplinary space is huge (20,000 square metres, to be precise) and is a weird mix of art space, cultural and sports centre, village square, gymnasium and Berlin squat. You can basically do anything you want here, from simply strolling around to sipping a glass of something nice. There’s an exhilarating programme of events from exhibitions to concerts and other one-off shows – you never know what might be on when you’re there.

Another cultural hotspot you’ll want to check out is the cinema Utopia, which is housed in the remarkable surroundings of the Saint-Siméon Church, which was built between the fourteenth and sixteenth centuries. It offers an extraordinary viewing experience – you’re able to watch films amid the ancient church walls and a complex network of wooden beams. The indie cinema also hosts talks with directors, social events and several festivals.

And as for dinner? We suggest you try the poetically named Oiseau Bleu. With its colourful walls and a splendid terrace, this restaurant (run by chef François Sauvêtre) offers a three, four or six-course journey through the very best of French cuisine. Obviously, we’d love to recommend something specific, but it really isn’t possible. The menu changes according to the seasons and whichever ingredients have come in that day. Whatever you go for, though, we can promise you’ll go away very happy. The wine list, aptly, pays homage to the city of Bordeaux.