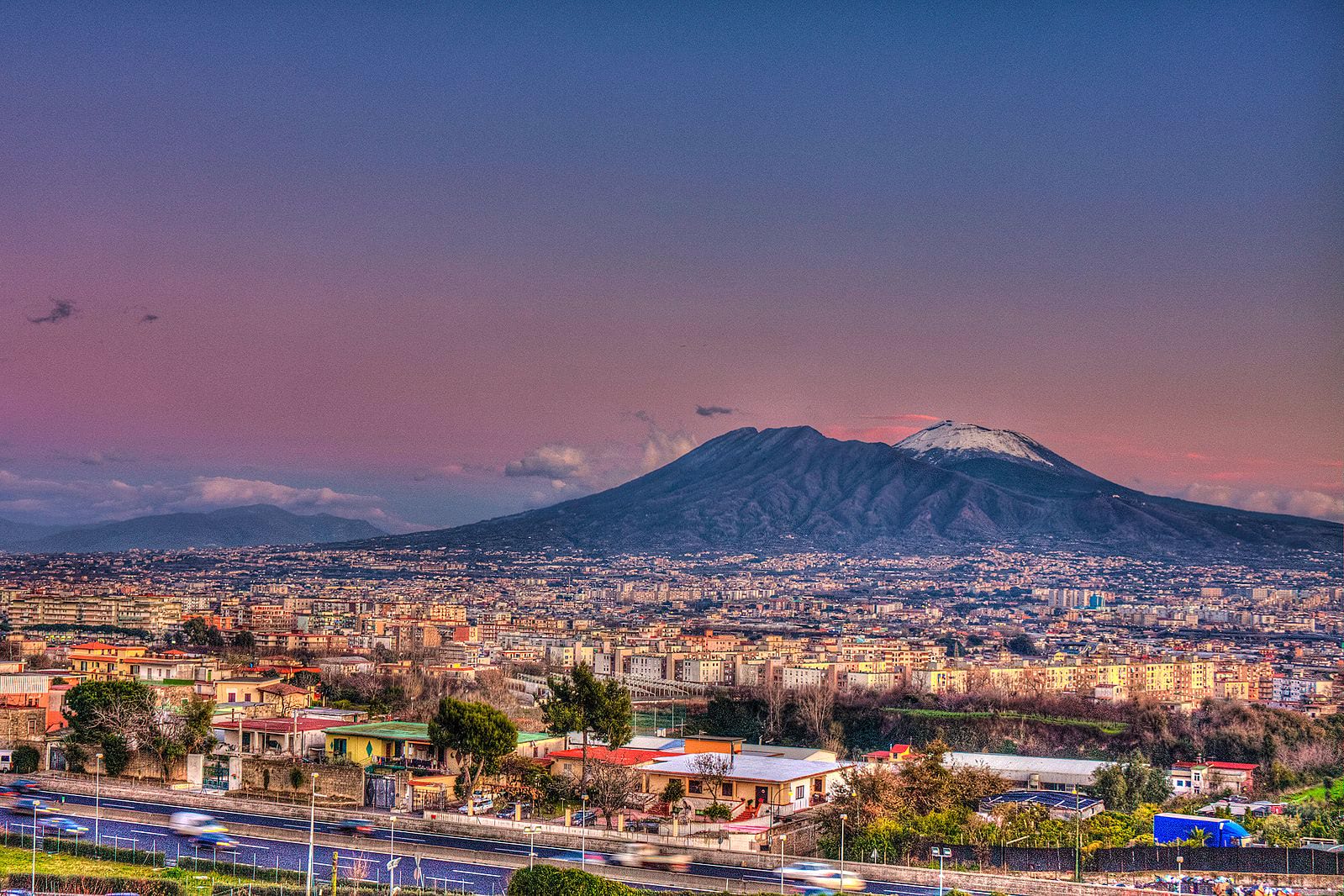 Naples is the favourite city of Victor of Le Masne, the musician, arranger and ‘sound architect’ to whom we owe the playlist that soundtracks our newsletter each week. ‘There the Mediterranean hits you right in the face, even more than anywhere else,’ he explained in the brief article we dedicated to him last week. Because as impetuous and volcanic as Naples is, the sea no doubt helps the southern Italian city find its sense of balance. So, without further ado, let’s explore.

As in many Mediterranean cities, you’ll want to start your trip in the atmospheric alleyways of Naples’s historic centre. Everything is a spectacle in this city, so dive straight in and let yourself get lost a little. Take it all in: the city’s streets, buildings, shops, churches and, more than anything else, the locals. You’ve got to take the time to observe to understand the powerful (and invisible) ties between those without whom Naples would be but a museum.

There’s not one Naples, but multiple – perhaps that’s why there’s an s at the end. Over the centuries, the city hasn’t stopped evolving, growing, building on top of its former selves. Want to get to know the palace? Head in the direction of Napoli Sotterranea, where you can play archaeologist for the day. Here you’ll head underground and be blown away by a Roman-era theatre beneath a house and a chunk of the Aqua Augusta, an aqueduct built between 27 and 10 BC on the orders of Emperor Augustus, to provide water to the settlement along the bay of Neapolis.

Stick around in ancient Rome and you’ll discover that the city’s more debauched side has been ingrained in its DNA for quite some time. Go see what we mean by visiting the city’s Archaeological Museum. This place brims with illustrious objects – the Farnese Collection, in particular – but you’ll probably be most intrigued by its Gabinetto Segreto. That’s where you’ll find out more about the Romans very liberal attitude towards sex, and above all one of its symbols: the phallus. There are a lot of them here. While these days it all seems quite quaint, this history wasn’t always accepted: Mussolini decided to hide the objects away and ban access to the public.

But there’s a lot more to Naples than just ancient history. Several excellent contemporary art galleries are proof of that, and we’d especially recommend the Alfonso Artiaco gallery, whose eclectic, globally minded exhibitions draw visitors from across Europe. Tucked inside a palazzo on the Piazzetta del Nilo, the gallery does an amazing job of showcasing the cream of the current art scene – and in some pretty dazzling surroundings.

Given the range of attractions near the city, you’ll no doubt want to get out and explore a little further afield. No trip to Naples would be complete without a visit to Pompei: the ancient city that was buried beneath the ashes from Vesuvius, fixing it in place for eternity. You’ll also want to make it out to Procida and Ischia, two islands with two very different vibes. The former feels a little more authentic, with its population of fisherman, while the latter plays the tourist card a little harder (no surprise given its surfeit of natural charms). Some of you may even hit up the Amalfi Coast – the famous Costiera where turquoise bays contrast with rolling hills.

Oh, and the food! For breakfast, the sfogliatella is unmissable. Whether riccia (puff pastry) or frolla (short crust), it’s best eaten warm, when all the flavours contained within will emerge subtly yet distinctly. The best are to be found at Sfogliatella Mary and the Antico Forno delle Sfogliatelle Calde Fratelli Attanasio. At this time of year, you should also try struffoli: small balls of sugary fried pastry, often assembled into a colourful nest shape.

Next, you’ll want to try a glass of local natural wine. Two key addresses are Puteca, which has all sorts of jewels from across Italy and further afield, and Vineria Bandita, in the north of the city, which also has excellent sourcing credentials. If you fancy sitting down to eat, we’d recommend a visit to Mimì alla Ferrovia, which has been open since 1943 and serves up homey Neapolitan grub like mamma made it, and Salumeria Upnea, which is more of a taverna and sources all its produce locally.

But we’ve saved the best till last. Naples, famously, is the home of pizza. The only real pizza there is, if you believe Neapolitan themselves. The Vatican of pizzaioli is no doubt Antica Pizzeria da Michele, where you won’t know how to choose between the margherita, the pizza fritta (fried and generously stuffed) or the marinara. At Sorbillo, meanwhile, you’ll find the most exquisite sauces. And at Pizzeria Concertino ai Tre Santi is another must-visit: it’s definitely worth braving the queues for the creative pies of Ciro Oliva, who’s recently led something of a pizza renaissance in Naples.

Tucked in the north (relatively speaking) of Sicily, this luminous city is a land of contrasts which will win you over thanks to both its amazing art and architecture, and locals’ laidback way of life. So let’s wander around a little to see what it’s all about.