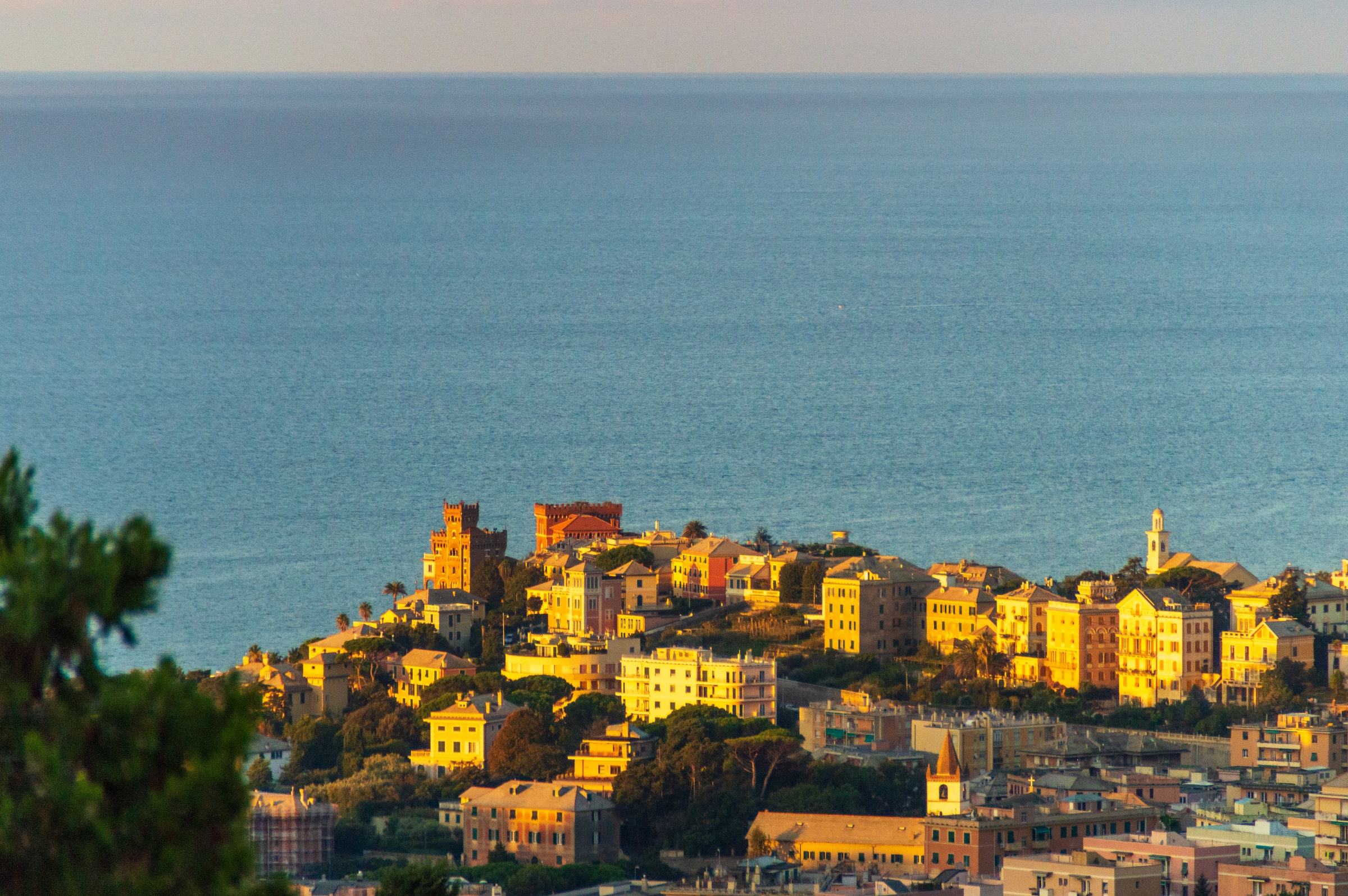 Aperitivi on the Ligurian coast

We’ve got quite a thing for Italy here at Midnight Trains. Having already stopped off in Naples, Turin, Pisa and Milan, next up is Genoa. Less touristy than all the others, this city will win over anyone who likes street food and laidback seaside vibes. So forget the guidebooks, here are the best things to do in the city according to us.

The first thing you should know about Genoa is that it’s the capital of Liguria. Rarely visited by tourists, this coastal region – just across the French border – is renowned throughout Italy for being really damn chilled-out place. Here you’ll find dozens of small, slightly dilapidated seaside resorts where Italians come all year round to catch some rays and nibble on aperitivi.

This being one of the great Mediterranean ports, in Genova it’s just as tempting to walk along the magnificent Corso Italia waterfront as it is to perch at a pizzeria terrace somewhere among the meandering carruggi (alleyways) of the city centre.

For in Genoa, you don’t simply walk around. You get lost. And for good reason, because around every corner of the city you’ll be dazzled by the richness of its gastronomy and culture. We’d definitely recommend trying out a farinata (chickpea tart, a local staple) from one of the city’s many delis. You may be drawn in by the smile of the proprietor or the retro stylings of the place, but wherever you get it, this delicacy is bound to please.

If you’re keen to sit down to eat, try Sa Pesta. This small canteen is located in a magnificent old building and serves the city’s best traditional cuisine. Its name goes back a long way, paying reference as it does to ground salt: a great source of wealth for the Genoese Republic of yesteryear.

Resume your walk by traipsing along the mythical avenue of the Villa Garibaldi, which brims with the kind of beautiful palaces that only Italy knows how to create. Next up, head over to the unmissable Via XX Settembre where you’ll want to stop to listen to musicians playing in the shade of the street’s arcades.

Those who want to explore a bit further should head to Boccadasse or Nervi, two neighbourhoods built around old fishing villages, which both have quite different vibes to the city centre. Both brim with small restaurants serving exquisite local seafood. If you opt for Nervi, you could also hit up the GAM Modern Art Museum and admire its 3,000 or so marvellous contemporary works of art.

And no trip to this city would be complete without sampling the aperitivi the locals claim to have invented. Choosing the right spot can be difficult, but if we had to recommend just one it would be La Strambata, near the Piazza Nettuno, or Indarsena Oyster Bar, on the city’s former quays. The former will allow you to indulge in one of the most indulgent experiences of your life, while the latter will introduce you to the Genoese-style oyster: served without fanfare and with the smell of the sea in the air.

When it comes to food, Zena (the city’s name in the Ligurian language) is just what you’d expect of an Italian city: full of lip-smacking things. Round off your day by pulling up a chair at Officina 34. Here, amid beautiful industrial decor, you can sample dishes that blend refined bistronomy with the savoir-faire of the Italian mamma. All that remains for you to do next is to return to the bustle of the city centre for a final glass of something delizioso.