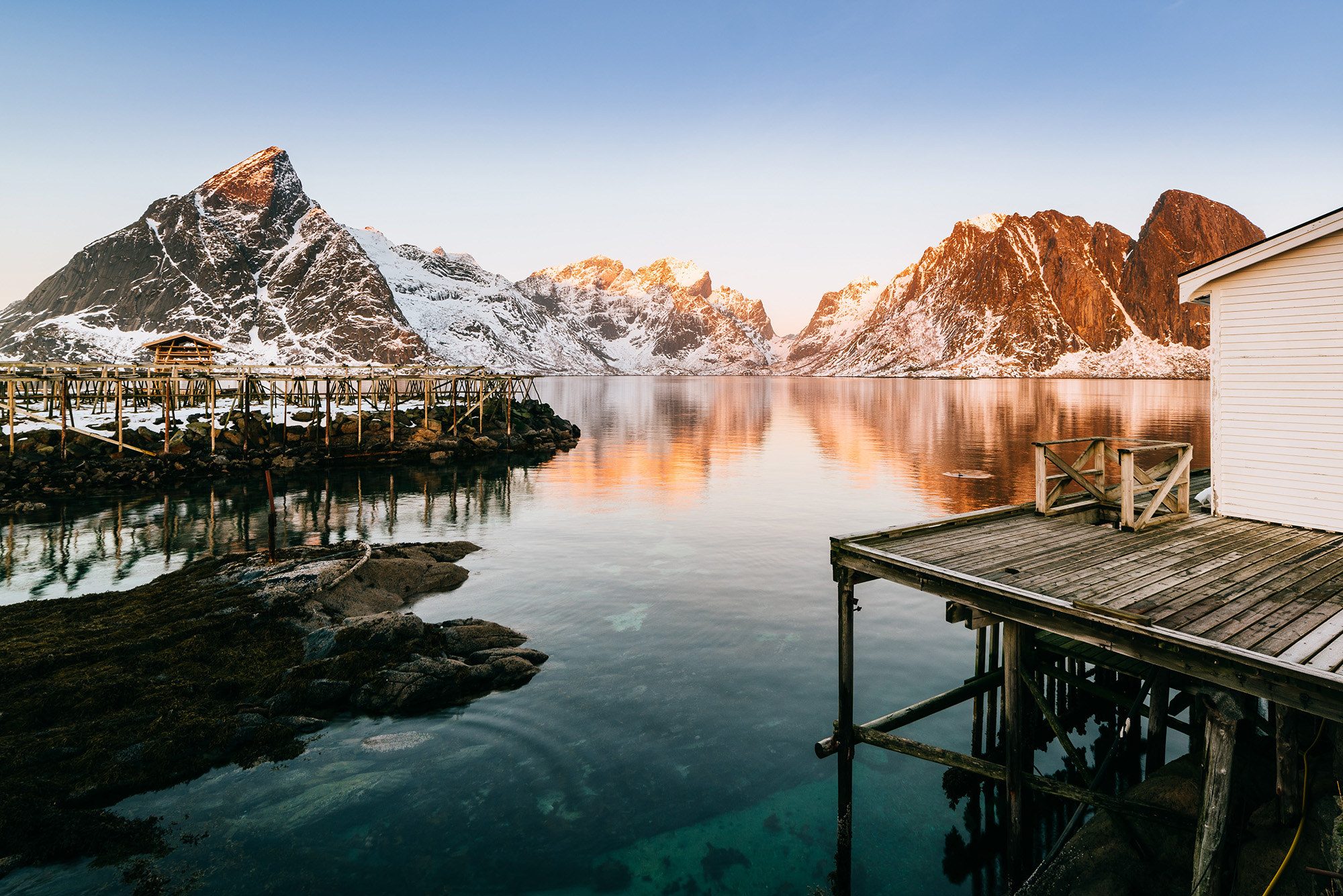 Welcome to the Lofoten

Venturing beyond the Arctic Circle

In this series on the most beautiful European islands, we’ve largely focused on the continent’s southern half, with pieces on the Cyclades, the Balearics and the Aeaolians. But to wrap things, this week we’ve decided to head further north, to Norway’s Lofoten archipelago. It may not be as well known as its Mediterranean counterparts, but this island group does have a pretty major USP in being situated just north of the Arctic Circle. But that shouldn’t stop it from being a pretty dreamy summer destination, especially for those who aren’t necessarily set on a holiday filled with parasols and picture-postcard beaches. So slip on your walking boots and lather up in suncream (oh yes), and let’s take a trip up north.

To get to the Lofoten islands, we’d recommend two different modes of transport. The first is a boat and the second is… a boat. The first is a ferry that links the mainland ctown of Skutvik with the island settlement of Svolvær, the second most populous on the entire archipelago. The other option is to rent a sailing boat and make your way there solo (or alternatively, with the help of a skipper). That would allow you to soak up the region’s rather extraordinary panoramas, which are so rarely seen by tourists. Seen from the sea, the mountains appear to emerge from the ocean, their snowy peaks making for a truly unforgettable spectacle.

However you get there, start your trip on the island of Austvågøya, in the city Svolvær, which has a population of around 5,000. Having roamed this historic fishing town’s small centre, walk along the pier and check out the famous statue of the Fiskerkona, a fisherwoman who looks over the town from her rock just a few metres from the coast. On the way, you’ll see the traditional fish drying racks which will remind you that you are very much at the end of the world. Svolvær is also, above all, a point of departure for limitless amazing excursions. Before leaving, though, we’d really recommend taking a trip out on a boat to marvel at the eagles that roam the neighbouring Trollfjord.

Now head a little further to the south, to Henningsvær. This incredibly beautiful port occupies a few small islands linked by bridges. Surrounded by mountains, which are reflected in the shimmering sea, and dotted with traditional red and white houses, this is a peaceful haven amid scenery that really will take your breath away. But perhaps the most remarkable thing about this island is its football stadium. Built into the rock on a small island, it offers stunning views over Henningsvær. When you’ve climbed back down, definitely make sure to visit the heated terrace of Fiskekrogen Henningsvær. This local institution serves the region’s finest fish soup, and generous plates of halibut, bass and salmon – to be paired with a superb selection of wines.

Next up: Unstad, on the island of Vestvåg. Most of the Lofoten islands are linked by road bridges. So the best way to get around is to rent a car when you get there and explore for yourself. Once inUnstad, it’s time to get your surfboard out (if you’ve thought that far ahead), for this is the best place to go surfing this side of the Arctic Circle. And if that’s not your sort of thing? It’s also one of the region’s best places to take in the Northern Lights.After that, there’s a whole series of small villages and beaches you should visit, each more beautiful than the last. But if we only had to recommend a handful of them, it would be the two beaches of Uttakleiv and Haukland, just as resplendent in the snow as they are in the sun. When it comes to the villages, definitely hang around in Nusfjord, a suspended town whose stilts rise out of the fjord. And if you spend the night, don’t miss the opportunity to book a bedroom that overlooks the water. There are few more magical places to wake up.Round off your road trip at Reine, right at the southern edge of the archipelago. This place really is the epitome of the Lofoten: red and white houses on stilts, fishing boats heading back home from sea, huge trees defying the elements and the ocean stretching out into the horizon… this is also where we’ll have our final meal of the trip, at Gammelbua. Here you’ll be able to sample freshly caught cord, grilled right before your eyes. The desserts are just as delicious and hearty, and you’ll no doubt go away with many happy memories. Above all, if like a true Norwegian, you order one of the classic long coffees to finish.

Grab your sunglasses and slap on the sunscreen: we’re heading off to a real paradise, not all that far from the Catalan coast.