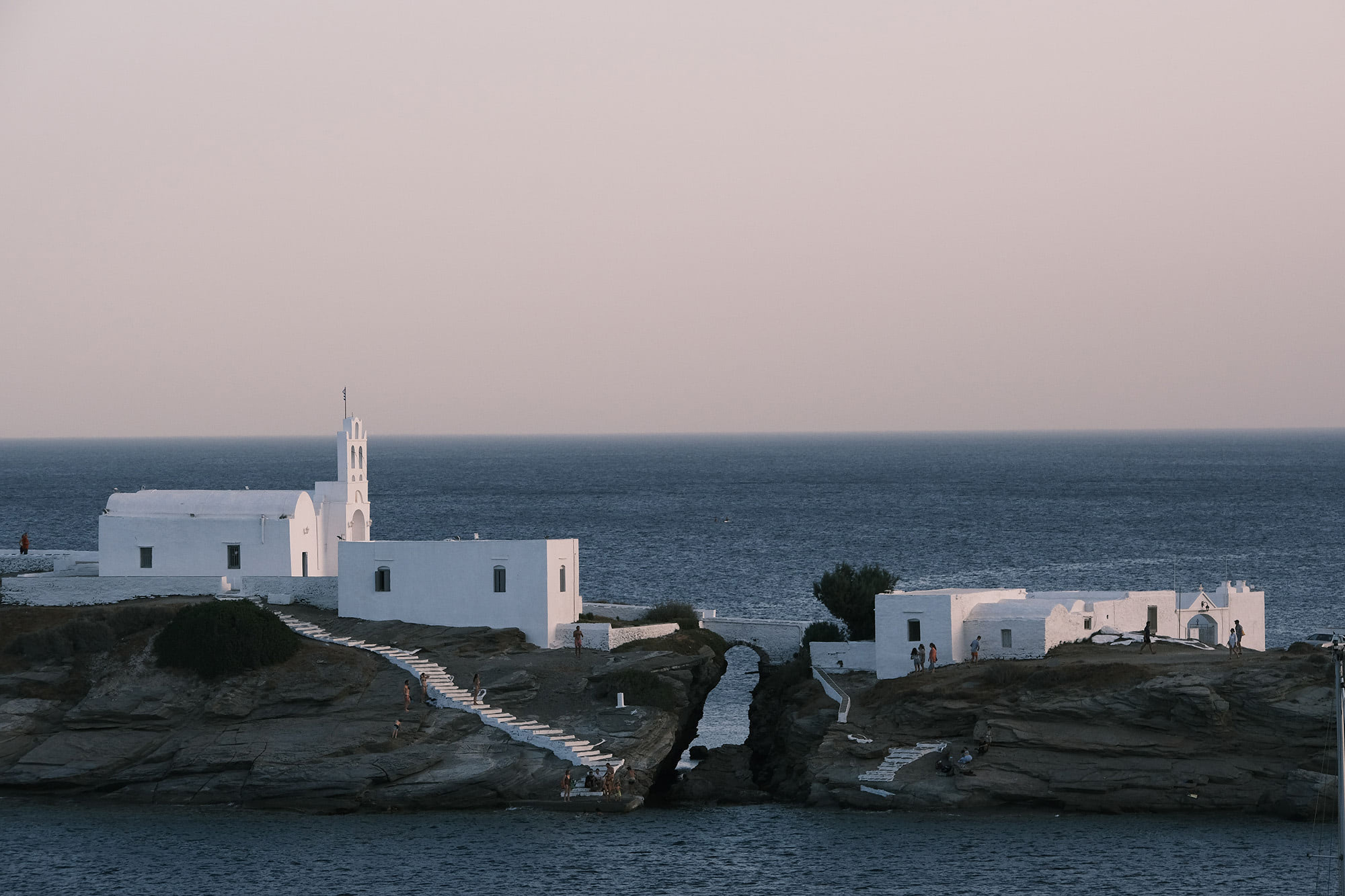 Since it is now August, we’d like to deviate from our usual two-minute city guide. Rather than whisk you off to an iconic European city, now we will be suggesting an itinerary for a trip to one the continent’s most beautiful islands or archipelagos (even though it might technically not be possible to get there by train). But since you are likely on holiday (and have plenty of time to spare), we’re sure you could work out a way of including a train journey on your trip out there.

In a very different vein to Lille, Verona and Valletta, we’ll be kicking off this new series in the Cyclades. Some 24 of this archipelago’s 250 islands are inhabited, but we’ve come up with a quick itinerary that will help you discover the lesser-known side of this part of Greece. And since there’s no historic old town to start off in (like we usually do), we’d suggest wandering around the quays of the small town of Ermoupoli, the capital of the Cyclades, on the island of Syros. Criss-crossed by small, characterful alleyways and dotted with beautiful neoclassical buildings, this place is a sunny haven with good vibes all year around. It’s the ideal place to start before exploring less-trodden parts.

Since we’re most certainly here to soak up some rays (and the beauty of the Cyclades and its turquoise water), now we’d recommend swinging by Milos. This place has probably the most beautiful landscapes on the entire archipelago. But rather than just kicking back on the beach, definitely make sure to take a cruise on a catamaran and admire Milos’s white cliffs. Believe us, you won’t regret it.

Next, you’ll want to go to Serifos. There’s no mass tourism here but this former mining hub really is picturesque, with its 70 often-empty beaches and countless beautiful small towns. And if you’re feeling peckish? You could do much worse than the splendid terrace at Aloni. Here you’ll be able to take in epic views of the island’s coast and make the most of a menu brimming with charcoal-cooked plates, elevated by the scent of pine wood down below. Special mention goes to the chicken and paprika souvlaki.

Contrary to widespread belief, the Cyclades isn’t just the kind of place where you’ll want to relax and do nothing. And there’s no better way to see what we mean than by climbing around the island of Andros. This green and fertile isle has more than 100km of hiking routes through rich, varied and intoxicating nature. The good news is that when you’ve had enough walking, you can also dip into the crystal-clear waters off Andros. Because this place also has countless beautiful beaches too.

Now to explore the just-as-beautiful Tinos. The home of Greek orthodoxy has an atmosphere of all its own, at once mystical and mysterious. Here you’ll find all manner of beautiful religious buildings whose architecture is as surprising as it is enchanting. It’d be a shame to have come to Greece without having visited this timeless wonder which is very much off the tourist trail.

Let’s wind up our Cyclades trip on Sifnos, one of the jewels of the archipelago. The villages here all ooze beauty, authenticity and tranquillity, even though they’re all slightly different. Apollonia is perhaps the place to go if you’re after somewhere trendy, while the scenery of Kastro will take your breath away, and it’s here two that we’d suggest grabbing something for dinner by the beach. The restaurant serves fish and seafood in all its forms, and everything is a delight, brimming with flavour and flair. This time, however, we’re not going to give you its name, but rather its coordinates, so only the most curious and adventurous among you will be able to find it. Latitude is 36.9318485, longitude 24.7290372. Good luck!