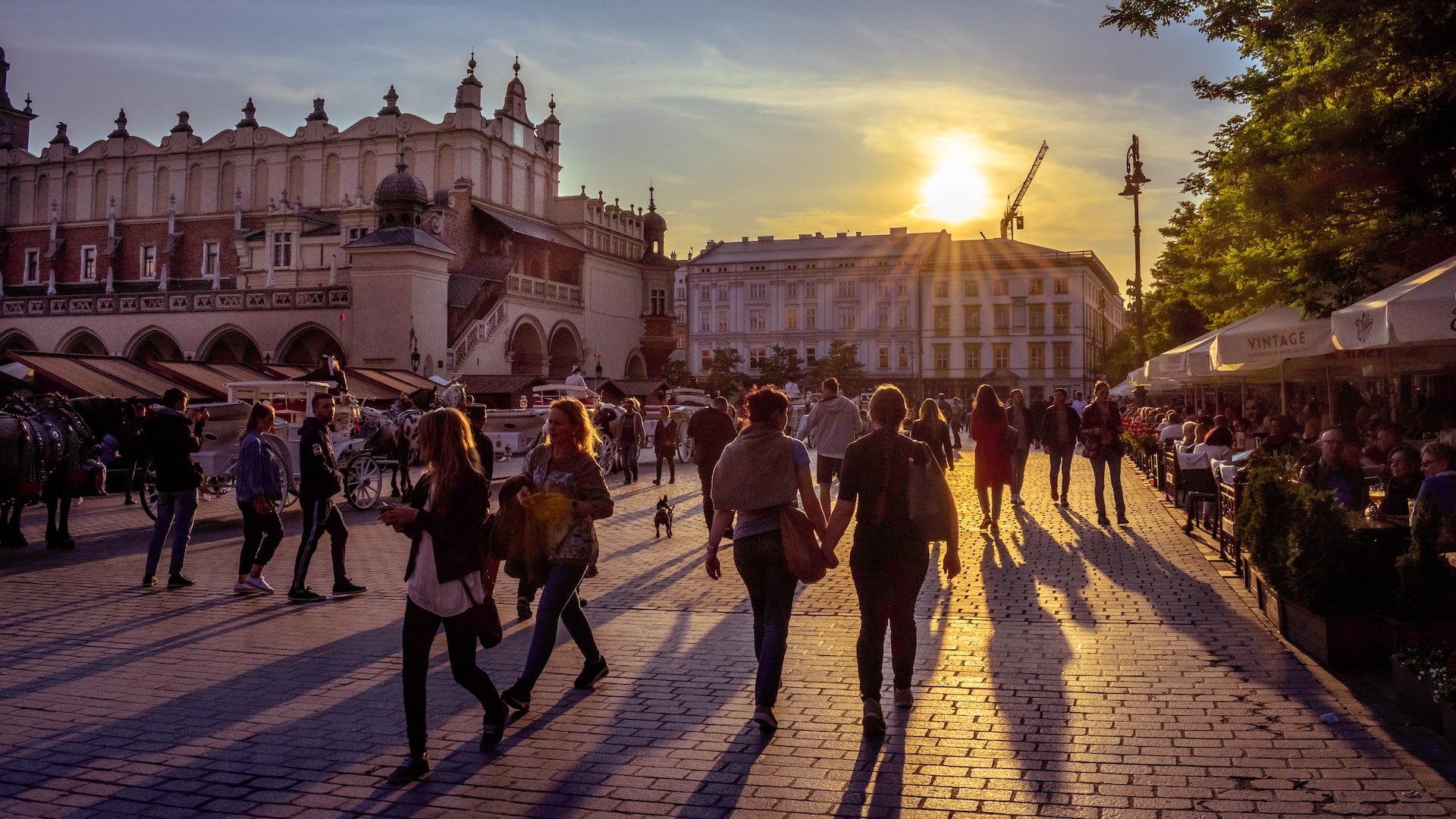 A beautiful (and surprising) city break

Given the state of the world right now, Poland might not seem like the most attractive tourist destination, when compared with the likes of Salamanca and Zurich. However, you’d be foolish to leave Krakow off your bucket list. For this must be one of Europe’s most beautiful and exciting places. The weight of Polish history, both modern and ancient, can be felt here, along with a real sense of modernity that has emerged since the fall of the Soviet Union. Let’s head out east.

We often start these guides in the ancient parts of town: the places where you’ll find markets and cathedrals and that sort of thing. This time, however, you should start four metres beneath Krakow’s main marketplace at the 1,000-year-old Rynek Underground. This extraordinary 4,000-square-metre museum offers a real journey back in time. Coins, clothes, jewellery: each of the items on display here offer an insight into the Poland of the Middle Ages. But Rynek Underground isn’t just a bunch of rooms filled with old stuff – smoke machines, holograms, touchscreens and a whopping 600 3D models help bring it all to life.

Not many people know it, but Polish myths have inspired lots of works of pop culture like Game of Thrones, The Lord of the Rings and The Witcher. And one of the most common influences is the Wawel dragon. The latter was said to live beneath the hill of the same name in the time of King Krakus. Today you’ll find a statue of the beast that breathes fire at regular intervals, while its bones can be seen within the cathedral at Wawel Castle (in reality, they probably belong to a fossilised marine mammal). Even more astonishingly, it’s possible to visit the cave in which the monster known as Smok Wawelski was said to have lived during its reign of terror over the city. It’s an intriguing place to visit, and one that will delight travellers young and old.

Let’s stay in medieval Poland and grab lunch at Pod Aniolami whose name literally translates as ‘under the angels’. Located in a thirteenth-century building that was once a goldsmith’s, the establishment aims to immerse visitors in the culinary and cultural history of the city. Think delicious things like marinated boar steak, smoked duck carpaccio with cranberries and pear, and marinated venison with fresh herbs and mushrooms. If it’s nice out, make sure to ask to sit out in the garden. You could even throw a small coin into the fountain.

Now let’s explore contemporary Krakow – a city whose art scene is thriving. Start in the bigger institutions, like the fabulous MOCAK (for Museum of Contemporary Art in Krakow) and the equally brilliant NCK (Nowa Huta Cultural Center). Or equally, you could explore smaller places like Galeria Starmach or Gologorsky Gallery. Definitely Teatr Barakah Art Café, a rather eccentric little spot where most of the art has a decidedly political bent.

Now leave the city behind and visit the salt mine at Wieliczka – a truly unforgettable experience. One hundred and thirty-five metres beneath the surface of the earth, you can explore an astonishing 245-kilometre network of passages dotted with underground lakes. It’s eerie and powerful in equal measure, so it’s no wonder the place has been listed as a world heritage site by Unesco since 1978.

Come dinner time, head to Szara. You’ll immediately be struck by the look of the place. With its marquetry, arcades and other decorative finery, there’s a lot to look at here, and it makes for a thoroughly lovely place to spend the evening. As for the menu, you’ll find a mix of Polish, Scandinavian and French influences in dishes that are as delicate as they are delicious. And the wine list is pretty stunning too. What a way to round off a day in this ever-surprising city.

The capital of Poland is a cultural jewel, offering all manner of exciting, enriching experiences. So let’s get out and explore the labyrinthine alleyways of this historic city.

Let’s hit up the city sometimes known as ‘little Paris’.You can immediately see why it’s acquired that nickname. First off, the architecture is pretty stunning and definitely brings the City of Light to mind.