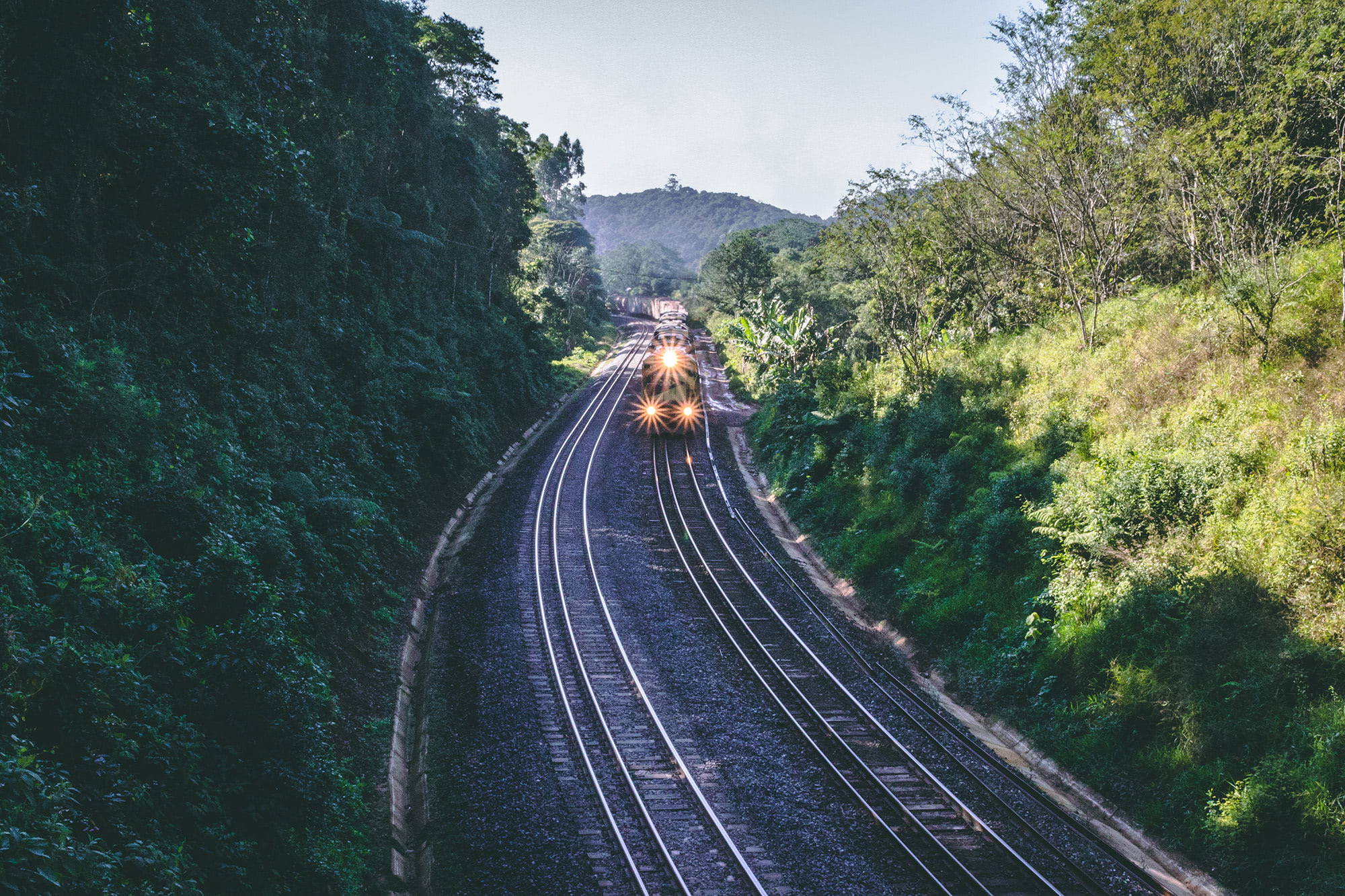 From the Atlantic to the Pacific

The Mexican Tren Maya isn’t the only rail-based threat to the Amazon rainforest. In 2015, China announced it intended to build a train line linking the Brazilian Altantic coast with the Peruvian Pacific coast: Trans-Amazonian Railway, renamed Bi-Oceanic Railway in what many have claimed is obvious ‘greenwashing’. The 3,750-kilometre route will connect Puerto de Santos and Puerto de Ilo, passing through the Colombian settlements of Sucre, La Paz and Cochabamba, the Andes and a vast swathe of the rainforest, much to the chagrin of environmental campaigners. The monumental project is projected to cost between ten and 15 billion dollars, and the stated aim is to boost the economies of all the countries it connects, all of which have rather basic transport infrastructure.

The idea was hatched in 2013 by the Chinese and Bolivian leaders. Two years later, in 2015, during an official tour through six countries on the continent, the project developed further when Chinese prime minister, Li Keqiang, expressed his desire to actually bring the train line to fruition. This formed part of the wider Chinese plan to create new ‘silk roads’ like those that allowed the country to export its produce and import everything it needed. The Bi-Oceanic railway, it is said, could carry ten billion tons of produce per year.

But China isn’t only keen on the idea because it’ll help the country sell its produce to South American countries. It also sees potential to export local agricultural products, especially soya, as well as copper (Peru is the second biggest producer in the world). Bolivia, meanwhile, sees in it the opportunity to reinforce its links with its neighbours. After all, this country has no direct access to the ocean, having lost its ‘Littoral Department’ at the end of the Pacific War at the end of the nineteenth century.

However, there is still no sign of the actual railway. Since 2015, several feasibility studies have in fact led the outline of the project to change greatly. While it was initially set to be 5,000 kilometres long, the precise itinerary is still to be determined. The most concrete movement we’ve seen so far was the confirmation of a three million dollar loan in 2019 by the Inter-American Development Bank to the Bolivian state to fund the initial investment stage. This was great news for Bolivia, which had suffered a great deal of political turmoil in recent times.

But there’s been very little movement since. Despite the odd bit of work to clear the way for the corridor through which the trains will pass, the project seems to have stalled. And yet Xi Jinping’s China doesn’t seem deterred, and it is still set on funding the project. And for good reason: the line could reduce the journey time for produce being transported by China to Brazil to just 25 days. According to several analysts of economics in emerging markets, China is considered to be the second biggest trade partner for South America, as well as Brazil’s biggest export market. Which is enough to motivate Xi Jinping and his government to really keep on going.

Without China, there would be no hope, as Bolivia, Brazil and Peru would struggle to fund its development. Add to that the fact that China has a huge amount of experience in building railways, which could vastly reduce costs and the amount of time required to build this extraordinary line. What’s more, as research firm Capital Economics points out, there would be much less at stake for Brazil and Peru if China weren’t to use the line to import and export goods.

Beyond the economic issues, the Bi-Oceanic Railway has got ecologists very concerned. In passing through such a huge swathe of the Amazon rainforest, it would require thousands of trees to be felled, potentially impinge on the territories of endangered species and generally disturb the wildlife and biodiversity of this hugely important region. In the long term, the creation of such a route could mark the start of the urbanisation of the Amazon region. Fortunately, at this stage, the project hasn’t advanced enough for campaigners to feel like they have to take drastic action.

They can shorten distances, all while reminding you of their immensity. The writer Blaise Cendrars summed up this sentiment with a line of great simplicity.