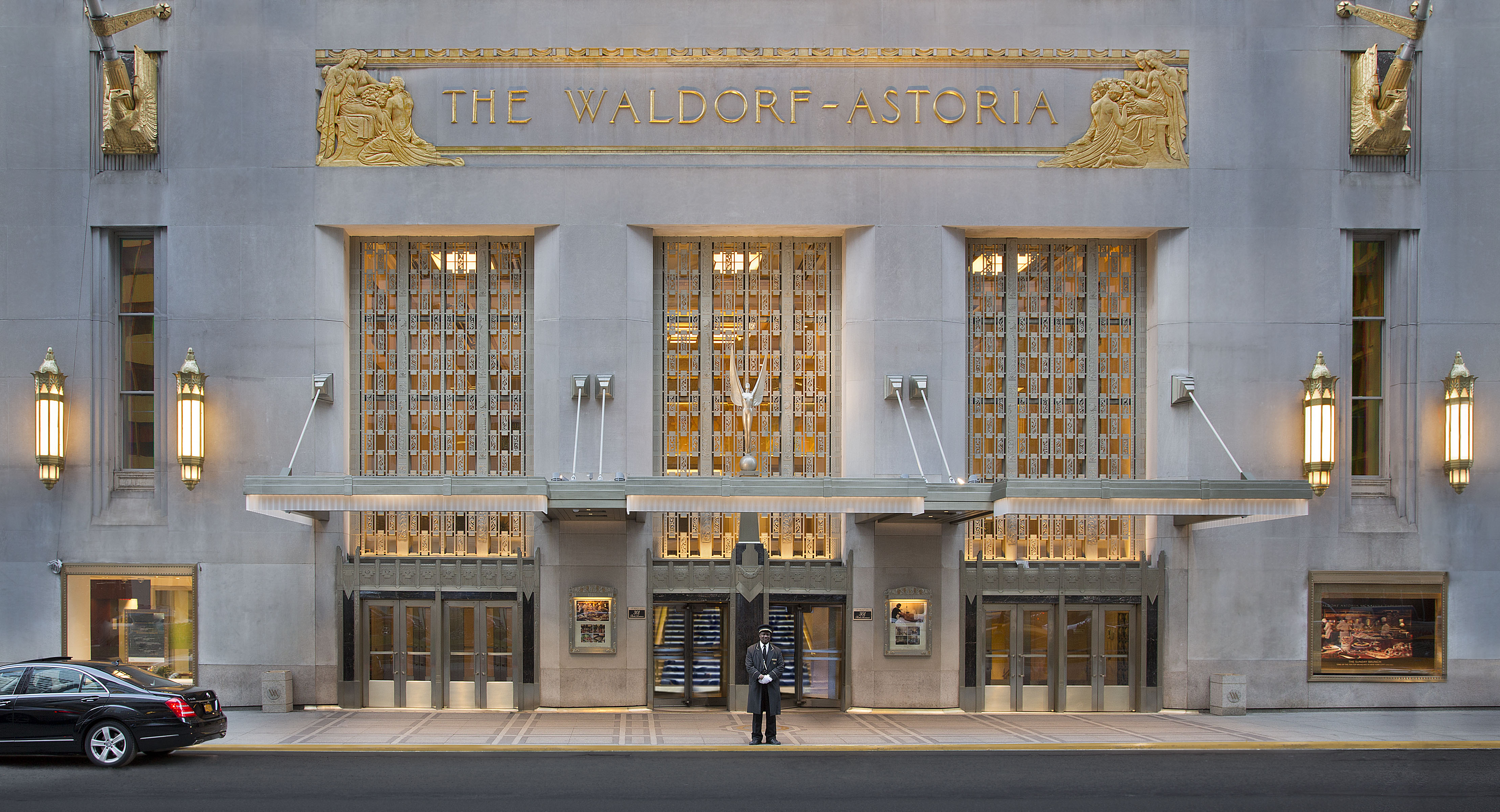 The train station hidden under the Waldorf-Astoria

A secret world beneath the Big Apple

New York needs no introduction. Whether you love it or hate it, and whether you’ve been there or not, we all have our own idea of the place, the city that Cornelius Vanderbilt made his playground. Films, TV series and the media have all helped create an image of its neighbourhoods, its population, its buildings and its monuments. The Statue of Liberty, (designed by Gustave Eiffel no less), the Empire State Building, the sadly famous Ground Zero, the immense Grand Central Terminal station or indeed the Waldorf-Astoria. But one thing few people know about this veritable symbol of luxury and excess, on 301 Park Avenue, in Manhattan, is that it has a secret railway station hidden beneath it.

From the outside, however, you’d never know it was there. The thousands of windows on its imposing, almost intimidating facade reveal nothing about the interior of its 1,400 bedrooms. These luxurious rooms have welcomed some of America (and the world’s) most famous people: Charlie Chaplin, Ava Gardner, Cary Grant, John Wayne, Frank Sinatra, Zsa Zsa Gabor, Marilyn Monroe, Arthur Miller, Prince Rainier and Grace Kelly, along with Nikola Tesla, Iran’s Shah and the Dalai Lama. We could go on: anyone who was anyone would stay at New York’s most iconic hotel. While some of these personalities simply wanted to be seen entering the magnificent art deco hall in the hotel, others simply wanted to avoid the crowds and the paparazzi. It was to do just that that they entered the ‘secret station’ underneath the hotel.

First, we’re going to dismantle one particular myth. Contrary to what many people say, neither the station nor the track that links it with the New York railway network were built at the request of President Franklin D. Roosevelt to hide his partial paralysis. In fact, it was a loading platform for an old electricity plant that belonged to the supply system for Grand Central Terminal. When the plant closed, the station was transformed so it could be used by the Waldorf-Astoria, whose ‘new address’ was being built just above. Thanks to that, the establishment could offer a very unusual perk for its VIPs: the possibility of arriving in a private carriage just beneath the hotel. But while this way into the hotel wasn’t really a secret, there was a certain degree of mystery around the exact place you ended up. Somewhere in the hotel? On the street? Let’s take a closer look.

The first person recorded as having used the station is the general John J. Pershing at the end of the 1930s. The former commander of the American expeditionary force in 1917 in fact used it after having travelled from Tucson, Arizona, to New York to attend the marriage of his son. Another document reveals that the goods lift that left the station was big enough to host the armoured Pierce-Arrow carriage of President Roosevelt who arrived on board a special service. Arriving on 49th Street, the carriage would only have had to make a tight half-turn to end up in the garage of the Waldorf-Astoria. As for the entrance of the station, an article from 2001 found that it was located at the bottom of a staircase, hidden behind a metal door on 49th Street where a sign read Metro-North Fire Exit.

So while Franklin D. Roosevelt may not have built the station, he still used it regularly (notably because of his paralysis). According to the book ‘Grand Central Terminal : railroads, engineering, and architecture in New York City’, written by Kurt C. Schlichting, his team could thus carry him from the underground platform to his bedroom without encountering the public or paparazzi.

The hidden station was used for a long time after Roosevelt’s death in 1945 too. In fact, it’s fulfilled all manner of astonishing and creative functions. A new electric-diesel moulded with 6,000 horses was exhibited there in 1946. And the following year, journalists and fashion-industry folk dined in a carriage following a swimsuit show that took place in Grand Central terminal. In 1951 General MacArthur, just back from Korea, used it after returning from a speech he gave to the Massachusetts legislature. The staff of the Waldorf-Astoria even laid out a red carpet on the platform to welcome the military man and his wife.

The station later served as the backdrop for films (plus a huge underground party hosted by Andy Warhol in 1965). And after that, it became a squat, most likely owing to the various economic crises that subsequently hit the USA. This station of multiple lives has never ceased to amaze, and so no doubt it has many more surprises up its sleeves.

How Belgium plans to reinvent its railways

At a time when the protection of the planet is an absolute necessity, the modernisation of the railway network in a country known for being flat is no less honourable or important. Let’s dig a little deeper.