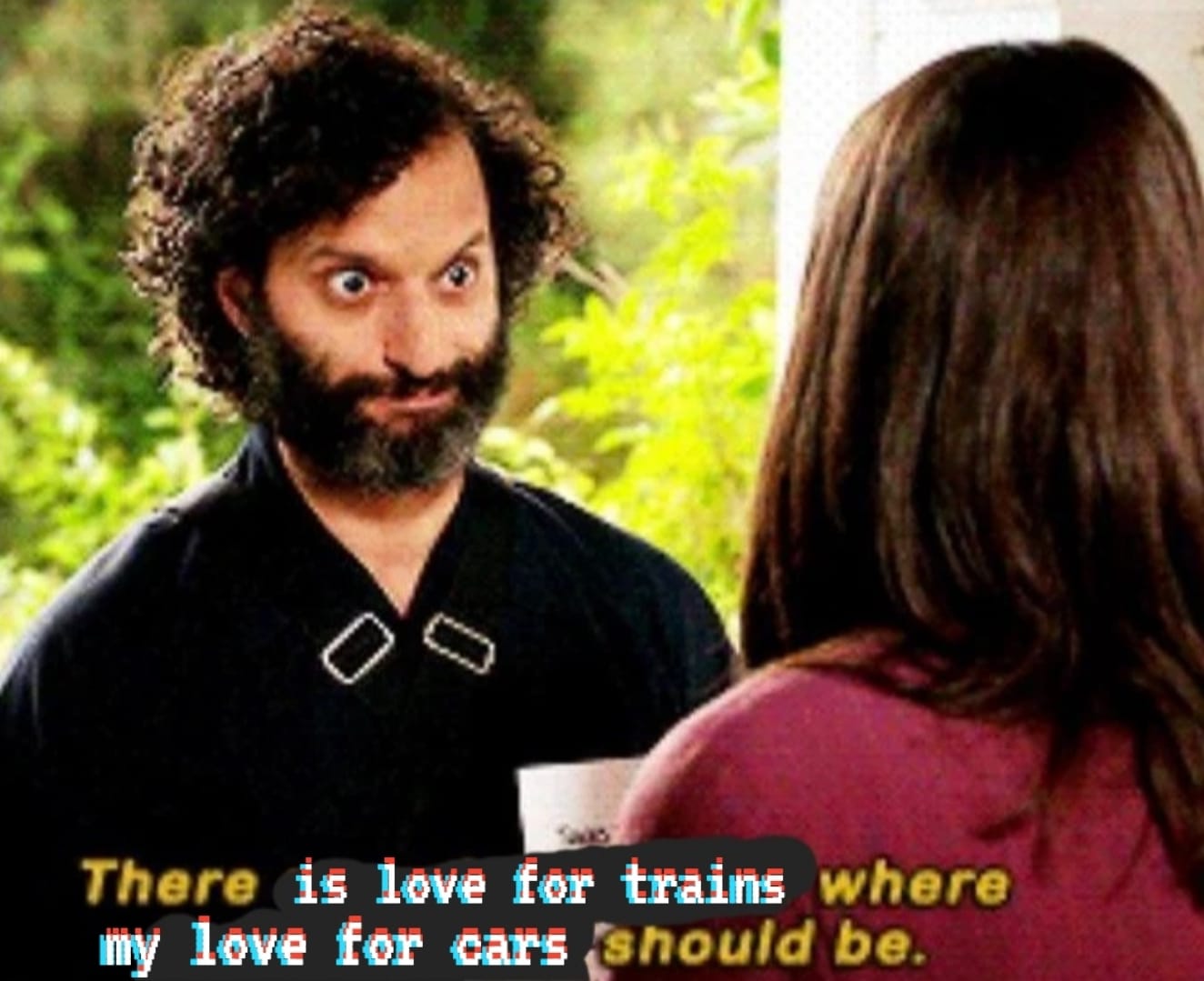 The millennials in love with public transport

After our series on the nationalisations that took place in Italy, in Spain, in France and in the UK, now we’ll be introducing you to a community you may well have a lot in common with: the Numtots, short for New Urbanist Memes for Transit-Oriented Teens.

To understand the Numtots, it’s useful to be reminded that memes are ideas, concepts and images adapted by internet users – often to make those who see them laugh. In its most simple and populist form, a meme is a still from a film, series or some other pop-culture object, accompanied by some text that puts it in a new context. We’ve created a small example below using one of the most popular visual memes.

But while millions of people post memes each day, aiming to express their state of mind and the daily struggles they face – often with the broader aim of making people laugh or to up their follower count – Numtots have a very different objective. They use this mode of expression to reflect on, debate and dream of a world where cars and planes have been replaced with a vast public transport network. More broadly, they aim to conjure up an intelligent, eco-friendly future city, one where public transport meets the needs of every citizen.

Numtots have opted for memes rather than a blog, public meetings, petitions or other means because they belong to a generation where this medium reigns supreme. In effect, they are, meme by meme, dismantling cliché of the old-school train aficionado. Most of them are millennials, that is people born between the early 1980s and the middle of the 1990s, or generation Z, born between 1997 and 2010.

As their name suggests, the Numtot movement was born online, in the shape of a Facebook group created by Juliet Eldred and Emily Orenstein, two students from Chicago, and Jonathan Marty, a student at New York University. But it wasn’t just their passion for public transport that inspired them, but also a vicious debate with other Internet users  defending the National Interstate and Defense Highways Act from 1956. This law, which was brought in under Dwight D. Eisenhower, allowed for the construction of several thousand kilometres’ worth of roads across the USA – at the time, the country’s largest-ever programme of public works. For the Numtots, this law only encouraged the use of cars.

The Facebook group today has more than 226,000 members and morphed into an Instagram account, a Twitter account and a hashtag that’s regularly used on social media. It can all be summed up by a phrase that’ll make sense to the initiated, but probably baffle everyone else: ‘What would Jane Jacobs do?’, referring to the author, human rights activists, and architecture and urbanism expert of the same name. She is very vocal about how personal car usage has shaped the way cities are built and organised, arguing that this is to their detriment. That’s how she’s become the figurehead of the Numtot movement.

‍New Urbanist Memes for Transit-Oriented Teens now has innumerable posts. Some are inspirational, others funny, others cynical and others full of hope. They’re all good examples of how creative web culture can be when tackling such an important topic. But what Numtots really reveal is that today’s youth aren’t a generation of blasé nihilists with no concern for the future of the planet. Rather, like these people so set on a future where cities are more sustainable and public transport accessible to all, they are dreaming of a different future. And they’re getting ready for it with the arms of their own choosing.