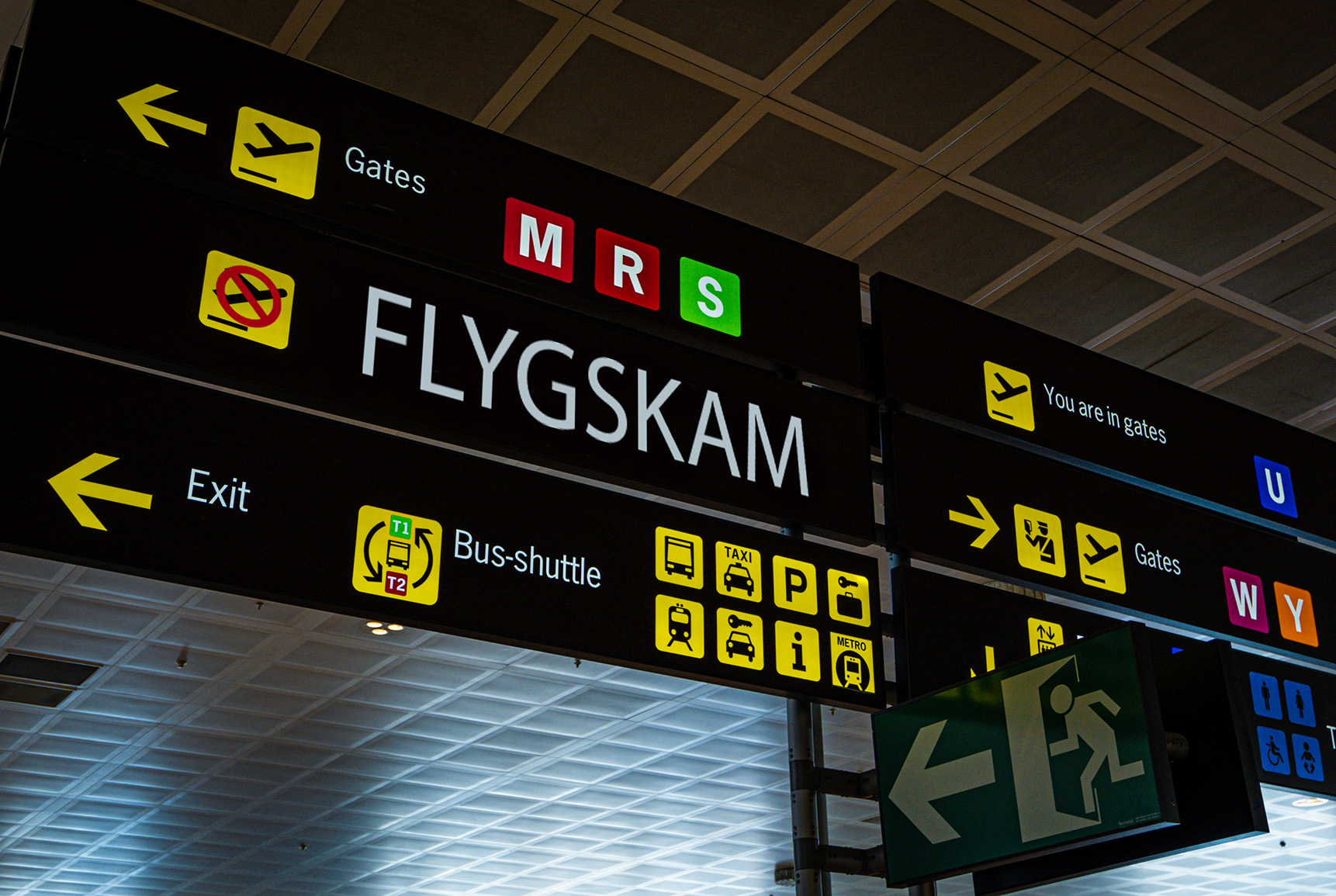 The origins of ‘flight shame’

Where did the term come from?

We’ve already written many pieces, with many stats, about how trains are much less polluting than planes. The difference is so stark, in fact, that it’s led to a phenomenon known as ‘flight shame’, that is the shame that comes with taking the plane in our more environmentally-conscious era. Popularised since 2018 by the activist Greta Thunberg, whose mere existence seems to annoy the fossil-fuel lobby, the term has its origins in Scandinavia. It was first a Swedish word, flygskam, comprising the words flyg (plane or aviation) and skam (shame or dishonour).

Though it didn’t have quite the same effect on air traffic as something like Covid-19, this sense of shame has had some impact.  Since April 2019, Swedavia, the public-sector firm that manages Sweden’s main airports, has reported a decrease of 15 percent in the number of people passing through its terminals. According to the French newspaper Les Echos, the Swedish Railways recorded an increase of 8 percent in the number of passengers using its services, with a 12 percent rise in business travellers.

In the rest of the so-called western world, notably France – whose president burned 480 tonnes of CO2 by taking a private plane to see two separate football matches in Qatar – things are progressing at a much slower pace. Thus, in 2019, a survey from UBS, across the USA, Germany, France and the UK, found that 21 percent of respondents claimed to have already decided to cut back on plane travel before the pandemic. In 2021, another study from Ifop found that 55 percent of respondents said they would choose their destinations and flights based on the amount of carbon emissions that would be produced. Which is all well and good, but since travel restrictions have lifted post-pandemic, the flight sector has very much rebounded.

‍In short, ‘flight shame’ is not widespread enough for Europeans and Americans to travel by train rather than by plane the majority of the time. But we’re well there are obstacles: switching over to rail travel for short and medium-haul journeys – that is journeys less than 3,000 kilometres – isn’t straightforward. As we all know, the flight industry is heavily subsidised by governments, while the railway networks in many European countries have been gradually cut back to only the most profitable lines. What’s more, people all over the world are now used to zipping around the planet, fast. That means it’s impossible for a boss to imagine that one of their employees might spend more than two hours travelling from Paris to Berlin. However, if they did it over seven or eight hours on a night train with a decent wi-fi network, they wouldn’t be any less productive. They would simply be less tired, and have done their (small) bit for the planet. It might even be cheaper. The same goes for holidaymakers: they might not fancy spending their first day of leave on a train rather than on the beach. However, they could leave a day earlier, work on the train (or indeed take a night train), and still have the same number of days on the sand. But all of this does, admittedly, require a certain amount of getting used to.

That’s why there’s another concept, which derives directly from ‘flight shame’, that we’d like to tell you a little about. This is the ‘train brag’, that is the pride that should go along with (and be shown while) taking the train. After all, every time you take a train rather than a plane, you should be pretty pleased with the fact you’re opting for a means of transport that is 200 times less polluting than one that might have been slightly cheaper or taken less time.

Many of us use social networks to tell the world about our holidays, the food we eat and the creativity of our kids. Others flood the internet with gym pictures or the stats from their latest run or cycle. And we don’t begrudge them for it: bragging is part of human nature. So it’ll probably come quite naturally, we suggest you tell people each time you use the train when you could have just as easily hopped on a flight. On the one hand, we hope our ‘hotels on rails’ will make you want to do it. And on the other, it’s an excellent way of fighting against those who accuse the environmental movement of focusing too little on the positives of train travel, and too much on making people feel bad about their decisions. #TrainBrag

SNCF, for example, has launched a service known as Flexy, which can carry up to 14 passengers on lines where trains can travel between 10 and 30 kilometres an hour.

What is the actual carbon footprint of a train?

Rather than continue to reel off the environmental benefits of the train, this week we’re going to focus purely on the stats, totting up the real carbon footprint of trains in France. Here goes.