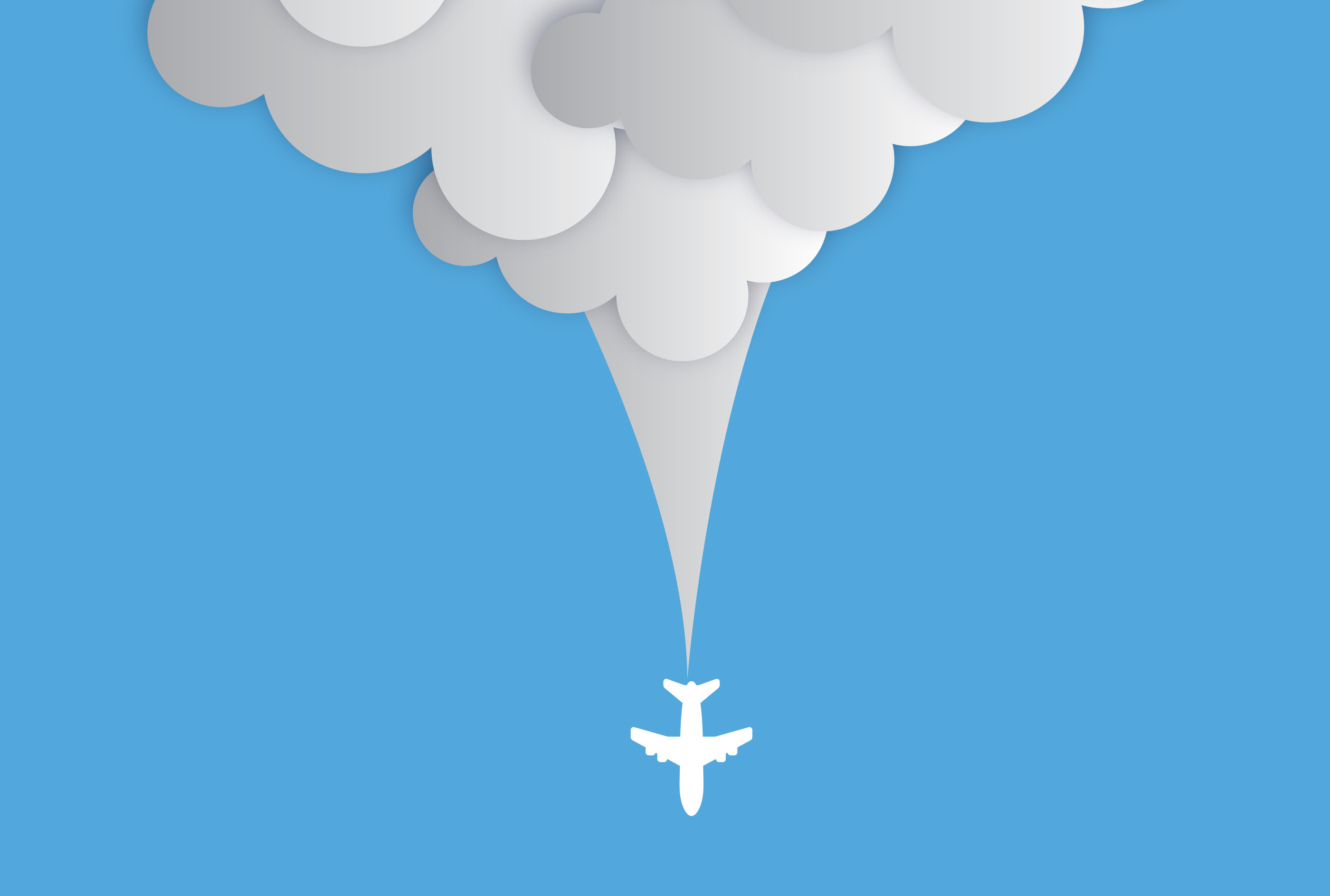 In several editions of Midnight Weekly, the impact of the aviation industry on the climate has been the focus of our attention. In launching Midnight Trains, we were driven by the belief that a sustainable (and comfortable) alternative like our ‘hotels on rails’ could save a huge amount of carbon dioxide (CO2)  being released into the atmosphere.

While we’re aiming to resurrect the mythology surrounding the night train, this week we want to draw your attention to two myths, which may seem banal but are often advanced in favour of the aviation industry not being ‘that’ polluting. Those anti-fake news crusaders over at the Réseau Action Climat have in fact explored the issue, to counterbalance the lobbying from airlines. Here we go.

The first myth is that the aviation industry is in fact a ‘minor contributor of greenhouse gases’ because after all, the official contribution of air transport towards global CO2 emissions is only estimated to be around 2 percent. But that figure is based on emissions that date back to… 2006! With passenger numbers having grown around 5 percent yeah, today’s official statistics would be closer to 2.5 percent of global emissions.

The impact of air transport on the climate is in fact disproportionately high. If air transport were a country, it would come in at number 21 in terms of GDP, but with nearly 700 million tonnes of CO2 emitted in 2012, it would count as the seventh largest polluter in the world. That’s up there with a country the size of Germany. And even then, this comparison only takes account of the CO2 emissions directly linked to the consumption of kerosene, when other pollutants generated by planes have a large impact on the climate.

Just like the water vapour, caused by planes, which contributes to the formation of white condensation trails that make cirrus clouds appear and heat up the surface of the Earth. NO less dangerous are the nitrogen oxides pumped out by reactors, which increase the concentration of ozone and methane, other greenhouse gases. Taking account of all that, the aviation industry is responsible for 4.9 percent of global warming. That’s huge.

The second myth is that: more passengers = fewer CO2 emissions. While the aviation industry has promised to halve emissions between now and 2050, compared with 2005,these objectives seem unrealistic given current passenger numbers. The volume of global air traffic has doubled every 15 years since the start of the 1970s. For example the number of passengers soared from 20 percent, from 2.5 billion in 2007 to three billion in 2013 – an annual increase of 4.7 percent. If the increase was to continue at around 5 per year on average, air traffic would quadruple from 2010 to 2040 according to the predictions from the International Civil Aviation Organisation (ICAO).

Responsible for more than half of global traffic today, Europe and North America are among the biggest contributors. But the increase in traffic would be particularly pronounced in the Middle East and the Asia-Pacific region, which is likely to represent nearly 40 percent of global air traffic alone in 2030. These predictions are worrying, since the aviation sector may also represent 17 percent of global petrol consumption between now and 2050.

A study published in 2013 concluded, that if no action is taken, air-transport emissions will triple between now and 2050, and even be four to six times what they were in 2010, according to the ICAO. That trend is fundamentally incompatible with the objective of keeping global temperatures less than 2C above pre-industrial levels, as set out by the Paris Agreement.

By contrast with what the industry and airlines might say, technological innovations in the sector won’t suffice to compensate for the increase in traffic. Even in the most optimistic scenario, predictions reveal a gap of 153 to 387 million tonnes of CO2 to reach an objective of a 50 percent reduction of emissions by 2050 – around a third of current emissions.

Faced with these myths, Réseau Action Climat took it upon itself to propose a few essential measures to implement on an international, European and French scale. Here they are.