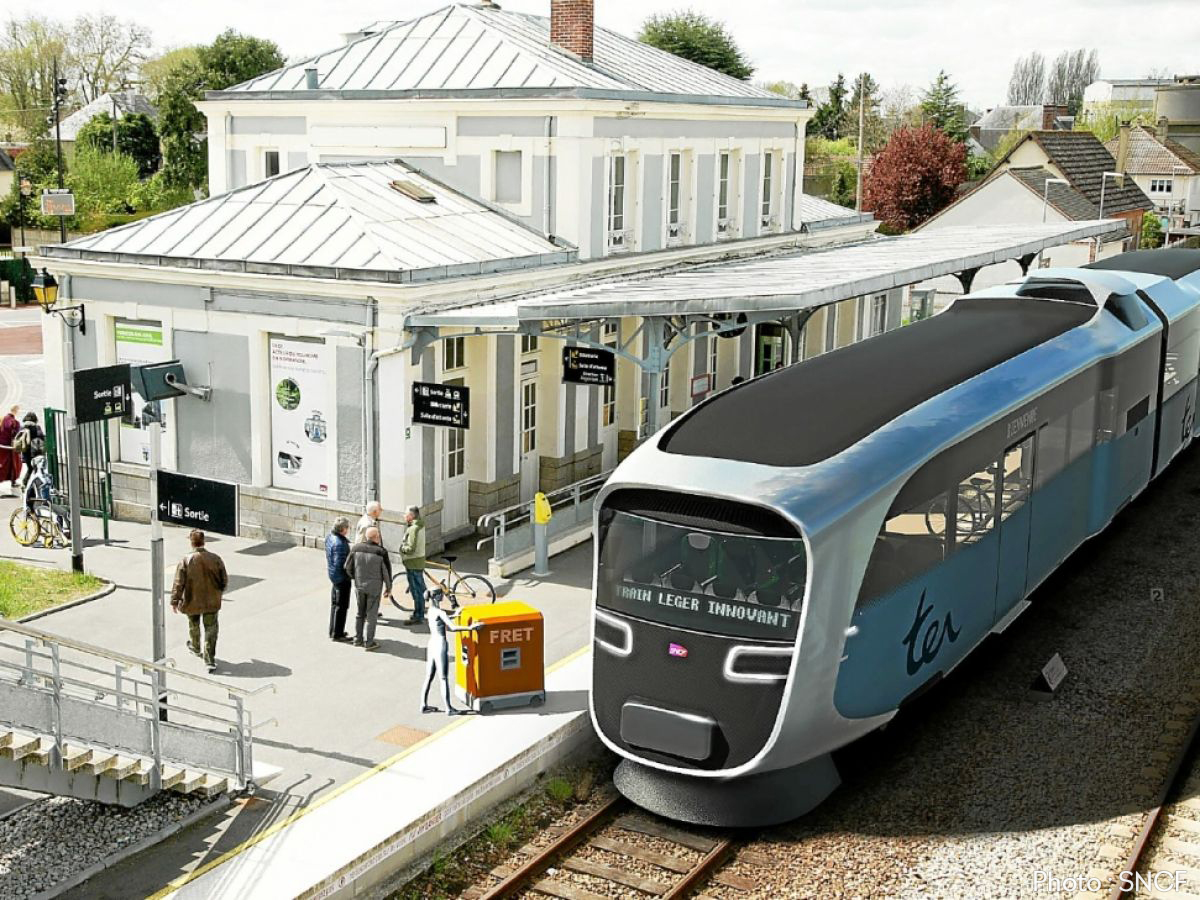 The firms shaking up rural travel

We’ve all been on one of those countryside walks where you make out a forgotten train station or a disused train track abandoned to the elements. And it’s no surprise, really, given how many railway lines have closed, particularly in France, in recent decades due to lack of profitability, passengers or public funding. However, the general consensus now – at least according to the boss of SNCF, regional leaders and the national government – is that the resurrection of this network would be one of the most efficient ways of fighting against the car-first mentality that reigns in the country’s more remote areas. According to SNCF Réseau, such lines make up 42 percent of the existing national rail network – that is, 12,047 kilometres (of a total of 28,364), of which 9,137 carry both passengers and freight. In fact, the network is so dense that it’s thought that more than two million people live less than 15 minutes from a station served by these lines.

While it is generally agreed upon that reviving these lines is a good idea, it is clearly impossible to have TER or TGV trains running to every one of these remote stations. So SNCF and several other operators have decided to invest in trains that are smaller, lighter and better suited to the needs of these lines and passengers. SNCF, for example, has launched a service known as Flexy, which can carry up to 14 passengers on lines where trains can travel between 10 and 30 kilometres an hour. But above all, since it is intended to travel through more rural areas, this vehicle can run on both road and rail, allowing passengers to travel their final few kilometres without getting off. This partnership with start-up Milla et Michelin isn’t the only venture of its kind – there’s another in the works called Flexmove from Akka Technologies.

There’s also Draisy, a ‘railway shuttle’ that can welcome up to 80 people, including 30 seated, over a maximum distance of 100 kilometres. Moreover, the motors are electric and can be recharged at stations. That makes them more environmentally-friendly than a normal train, and also means they have reduced maintenance costs. What’s more, it also makes things more efficient, as it is able to offer ‘à la carte’ services, changing the exact places it stops to make life easier for regular users. The idea has a lot of promise, and the aim is for the trains to be in the experimental phase by 2025 – a year when a project called Ecotrain is also supposed to go into testing. This initiative from Albi’s École des Mines, which has already received 8 million euros from Ademe (the Agence de l’Environnement et de la Maîtrise de l’Énergie), it is essentially a small, ultra-light, autonomous train that should be able to carry both passengers and freight.

Finally, there’s the Train Léger Innovant, the TLI, a collaboration between Alstom and CAF. This one is much more similar to normal trains than those projects mentioned above, but has some of the same characteristics, including the fact that it weighs a lot less than one of SNCF’s TERs. But the most interesting thing about the TLI is that it is supposed to come equipped with all sorts of cutting-edge technology that make the running of services smoother, all while maintaining a high degree of safety. Able to fit between 60 and 100 passengers, the trains are intended to open up France’s more rural parts with a service that’s at once reliable, fast, good for the planet and affordable for normal people. Tests are due to start in 2024, with proper services starting in 2028 or 2029.

While all these novel means of transport may sound very appealing, it’s probably worth putting them in perspective. While manufacturers may often claim to have several interested clients, not least the French regional authorities, some experts doubt that these sorts of trains could really operate in France. ‘Projects like the TLI could run on the 12,000-kilometre local railway network. But the lighter trains are much less versatile. The rail-road hybrids like Flexy will only work in unusual geographical settings (a valley, for example) and the number of vehicles required could end up proving very costly. Since they wouldn’t be able to travel on the normal network, they wouldn’t be able to link up many stations. As for projects like Draisy, nous estimons que la solution sera pertinente seulement sur une quinzaine de lignes en France,’ explains Pierre Zembri, a professor at Gustave-Eiffel University in Marne-la-Vallée a mobility expert, in an interview with French newspaper Le Monde.

For our part, we can only wish for more groundbreaking rail innovations on the French railways. Small, big, light, somewhere in the middle, it doesn’t matter – as long as they don’t harm the planet and allow for a maximum number of people to opt for the train over the car.