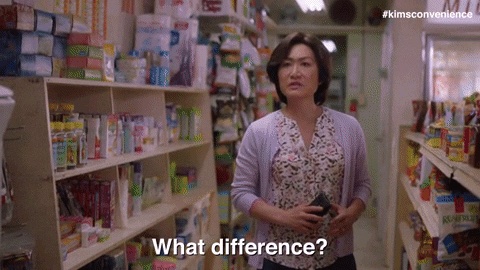 What is the actual carbon footprint of a train?

Let’s weigh up the stats

We’ve said it a lot on Midnight Weekly: the train is generally considered one of the least polluting methods of transport. But as we mentioned in our previous piece about the Tren Maya, this fact only goes the distance if it is accompanied with concerted political desire to fight climate change. But rather than continue to reel off the environmental benefits of the train, this week we’re going to focus purely on the stats, totting up the real carbon footprint of trains in France. Here goes.

First up, it’s handy to know that, according to the French government, the transport sector generates more greenhouse gases than any other, representing 31 percent of all emissions alone. That’s an increase of 9 percent since 1990, though the quantity of CO2 emitted by transport has remained stable since 2008. Drilling down into the detail, 94 percent of greenhouse emissions are due to road transport, 4.4 percent to air and the rest to the rails – a proportion so small it is considered ‘negligible’ by the French government.

But let’s dive into the comparisons a little deeper. There are several key stats that reveal the differences in carbon footprint between the various modes of transport at our disposition. According to a tool created by ADEME, France’s Agence de l'Environnement et de la Maîtrise de l’Énergie, a daily five-kilometre journey generates over the course of a 4.4kg of CO2 on the TGV, 5.84kg by tram, 6kg by metro, 9.80kg on the Transilien or RER lines and…. 353kg by car. That puts road transport in a very negative light, and makes trains look very good indeed. According to that same tool, travelling 500 kilometres creates 1.2kg of CO2 per person on the TGV, 97kg by car and 20kg by plane.

Despite these very strong arguments, one point that’s often levelled at supporters of rail transport is that of occupancy rate. In other words, is a full plane better than an empty TGV and so on. The excellent blogger Bon Pote has done the maths, and come up with some stats as detailed as they are revelatory. On a Paris-Toulouse trip, he shows that each passenger emits 79kg of CO2 if they travel by train, or just 1.374kg by TGV, that is 56 times less. So the high-speed train would have to be 56 times less full than the train to be equivalent to the plane in terms of greenhouse emissions. Given the TGV can carry 58 passengers, that would be only eight (458 divided by 56) would have to be on board, that is one person per carriage. Which very much isn’t the case.

Bon Pote then turns his attention to a Toulouse-Marseille trip, so as to analyse a shorter trip too. According to a tool created by the DGAC, the Direction Générale de l’Aviation Civile, such a journey (of around 311 kilometres) would produce 62.1kg of CO2 per passenger, if they were to fly. That compares with 2.2kg via Intercités train, according to the OuiSCNF site. That’s 26 times less pollution, and would require that just 1 or 2 people were on each carriage for the footprint to be lower than that of a plane. And even if you were to take the TER, which is 14 times more polluting than the TGV and 4.5 times more than the Intercités, it still emits between four and six times less carbon emissions than a plane. (The TER is so much more polluting because its locomotives use diesel and a good chunk of the TER network hasn’t been electrified.)

Finally, it’s important to note that while the French rail network is a clear winner in this match, that’s because it relies on an electrified network with one of the world’s lowest carbon footprints, up there with those of Sweden, Switzerland and Norway. What’s more, the high capacity of its many trains put it far ahead of its airline competitors. The two storeys of a TGV, for example, can carry up to a thousand people, compared with a maximum of 540 for the largest commercial version of the Airbus A380. So in other words, at this historic and transitional time for the transport sector, the railways remain largely unbeatable, even with trains that might not be as full as they once were.