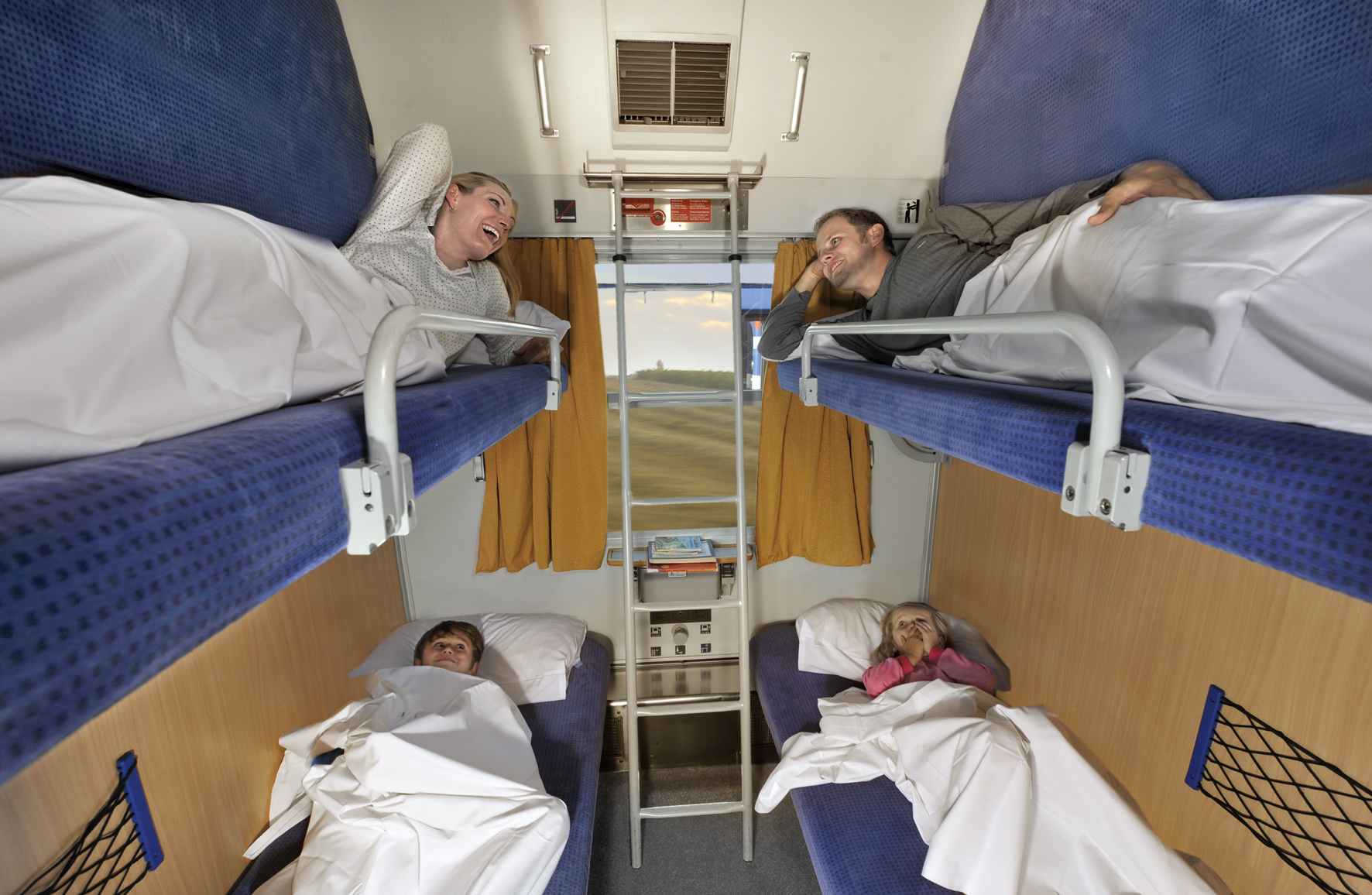 Episode 3 – City Night Line, the death of a German dream

Having travelled on Renfe’s Trenhotel and Trenitalia’s Thello, our series on the mythical night trains continues this week with Deutsche Bahn’s City Night Line. Adored by passengers across Germany and its neighbouring countries, these sleepers ran for two decades across Austria, Switzerland, the Netherlands, Denmark, France, the Czech Republic and Italy. And since they all left and ended up in very central Germany, they constituted the core of European night transport for nearly two decades. Happily, and you’ll know doubt be very familiar with this by now, Midnight Trains is aiming to recreate this network in a more modern and comfortable way than its predecessors.

The City Night Line (CNL) didn’t always carry the same name. Launched in 1995, it originally was part of a subsidiary joint run by the German railways (Deutsche Bahn, or DB), the Swiss (CFF) and the Austrian (ÖBB). But despite the clear appeal of being run by a trinational group, the business was taken into the sole hands of Deutsche Bahn in 1999. Subsequently split up into two categories, the EuroNight and the Urlaubs Express, these trains soon came up to embody the very idea of the sleeper train in the German imagination.

And they’d come along at a good time for it. Following decades of division during the Cold Wars, the newly reunified German Republic was finally able to open up to its neighbours, welcoming more visitors and sending its own citizens abroad. Prague, Vienna, Paris, Copenhagen or indeed Italy, the possibilities were boundless. And Deutsche Bahn showed no hesitation in making the most of them, with its night trains allowing long journeys to be completed during a single night’s sleep.

The business offered several kinds of carriage, all built in Switzerland. The cheapest tickets were for the UIC-Z2 carriages, where just over 60 people were able to sit on (sometimes), and more often split up into compartments. Other carriages, like the WLAB 34  and the WLAB 44 could welcome between 34 and 44 beds. Over the years, some lines also installed cabins with two or four beds, several of which were really rather luxurious. They were often equipped with small dinner tables and showers. Further along the train would be a reception desk and a dining car. Finally, and it seems worth noting in the context of today’s greater environmental awareness, certain Deutsche Bahn sleepers were able to store bicycles so travellers could continue their journeys on two wheels.

But despite all these brilliant ideas, the lines circulating City Night Line started to decline in 2014. That year, Deutsche Bahn announced the closure of its lines between Germany, France and Denmark. The final whistle was blown two years later, in 2016, with all services stopping completely. Many in Germany were hugely disappointed. One petition was signed by 29,000 people and even passed through the Bundestag, the German parliament, in an appeal for lawmakers to intervene. Yet more proof, if any were needed, that Europeans sure do love a sleeper train. But it was all in vain. Deutsche Bahn held firm and announced that the City Night Line would be no more.

There was some hope, a few months later, as ÖBB bought around 50 of the sleeper and dining cars that the German railways had consigned to the warehouse. In fact, it restarted around half of the night connections, prioritising the more profitable over the most popular among passengers. The famous Amsterdam-Munich and Cologne-Prague routes were among those that were neglected.

Since then, ÖBB  claims to have carried more than 1.4 million travellers on its (almost always busy) sleepers. Which is impressive stuff. This proves firstly that there’s a huge, hungry market out there for night services. And secondly, that the closure of a line doesn’t necessarily mean the connection won’t see the light again some day. And here at the Midnight Trains we really believe in that.

The mythical trains that are no more - Episode 2

Running between Paris, Milan and Venice, the operator Thello allowed people to travel from Italy’s fashion capital to La Serenissima without having to pass through airport security and baggage checks (and with a far lower carbon footprint too).