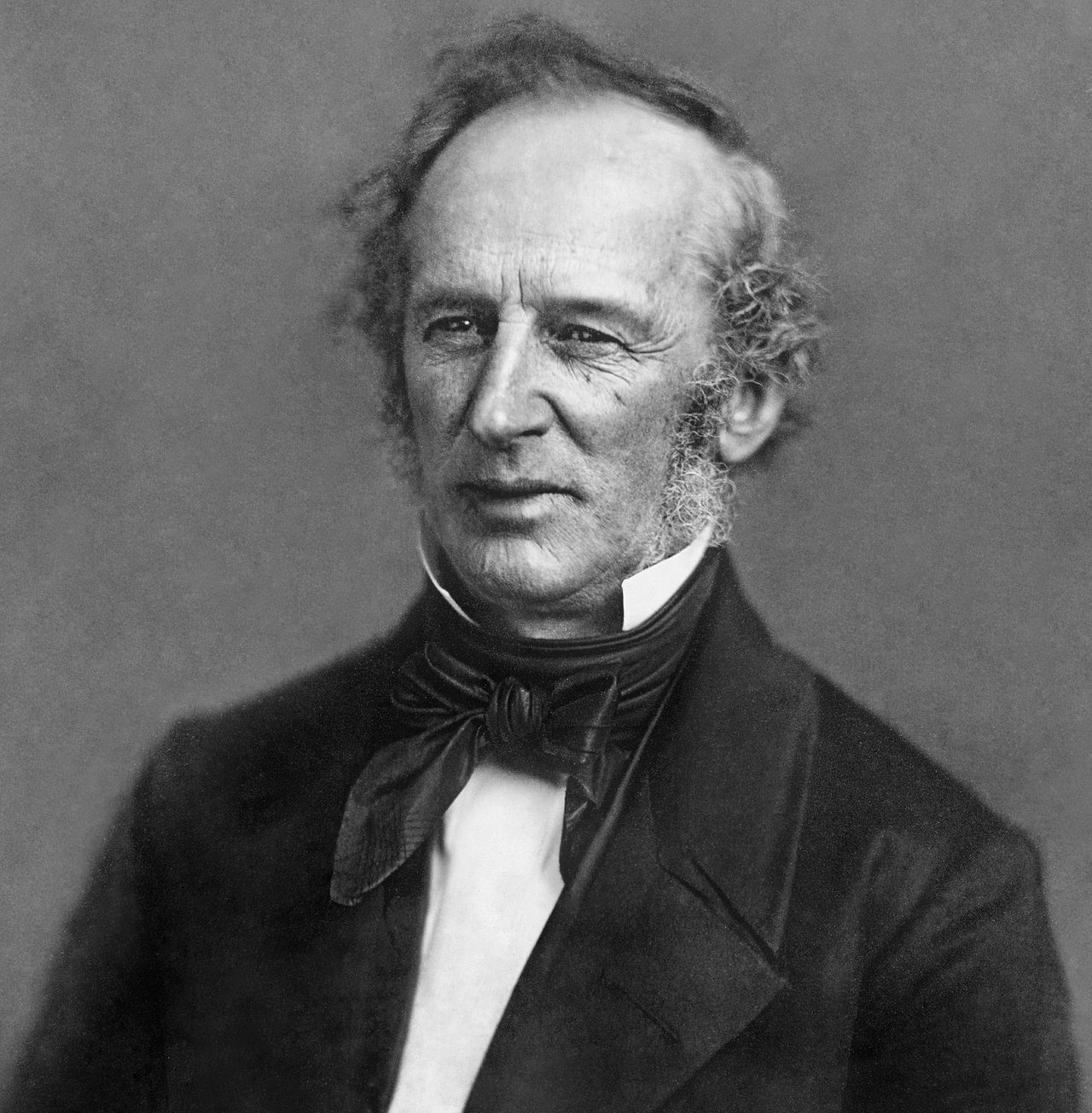 After the ambitious Pereire brothers, the illustrious Rothschilds and the politically engaged Peases, now our series on the great families of the railways is moving on to the Vanderbilts, a dynasty very different to all those we’ve encountered so far. This modest family, descended from Dutch immigrants, would become both rich and incredibly divisive. Their rise was due initially to the drive and often slightly suspect practices of a single man: Cornelius. Very much the self-made man, Cornelius Vanderbilt was extremely aggressive in his approach to business, never shying away from conflict and renowned for his stinginess. Born on Staten Island in 1794, the fourth child in a very poor family, Cornelius had a very unique personality. School bored him, and what he really wanted was a boat. So much so that his parents ended up promising they would buy him one if he stayed at school for another year. He accepted the deal.

At 16, he bought a barge and offered farmers transport for 8 cents – 2 cents less than the competition. But that wasn’t all. On top of offering lower prices, he made a point of offering a very punctual service and offered the only night trips too. Less expensive, more efficient and more dedicated, he managed to snap up a vast swathe of the market (and gained quite a few enemies in the process). By 1818 he’d accumulated a veritable flotilla of boats, and he decided to sell everything and become a captain on a steamboat belonging to businessman Thomas Gibbons. He was convinced that this technology would make other boats obsolete and so wanted to familiarise himself with it.

Together, he and Gibbons aimed to break the stranglehold that one of their competitors had on the transport between New York and New Jersey. Cornelius went on the offensive, denouncing the existence of all monopolies. Finally, he achieved his goal in 1824, when the Supreme Court ruled in his favour. But Cornelius wanted more, he always wanted more. So in 1829 he bought three steamboats to link Philadelphia with New York. Within ten years, his flotilla numbered around 100 boats, zipping up and down the East Coast.

His methods were always the same: he destroyed the competition by offering crazy prices. Certain of his enemies were forced to pay him so he distanced himself from their market – that’s how aggressive his tactics were. According to Les Echos, the rival Stevens brothers paid up 50,000 dollars to Cornelius so he would put an end to the price war: he had lowered his fees from seven dollars to one to capture their clientele. But despite that deal, two years later he ended up buying all of the Stevens’ boats.

In 1860, while the entrepreneur was hunting for new business opportunities, the railways captured his attention. He didn’t really like trains, describing them as ‘things that move on the Earth’, because of a rail accident that saw him thrown out of a window in 1833. But Vanderbilt saw huge financial potential in the railways. In 1861 he sold all of his steamboats and bought up shares in various train companies: the Erie Railway, the Central Railroad of New Jersey, the Hartford and New Haven, the New York and Harlem, and many others. Cornelius employed similarly aggressive tactics as he now sought to dominate this industry too. He aimed to expand his network out to Chicago and the surrounding region.

In spite of – and in fact because of – his growing financial and railway empire, Cornelius Vanderbilt was despised by the great and good of New York. He was seen as vulgar and stingy, because unlike many he did not donate to good causes. One of the only gifts he is known to have given was to found Vanderbilt University in Nashville, Tennessee. He seemed not to care at all about what wider society thought of him. He was a workaholic who, unlike some members of his family, lived a very modest lifestyle. In 1877 he left an enormous fortune to his descendants. Several generations would continue to work within the railway company founded by their ancestor. The Vanderbilts were the talk of the town for decades. While some were very business-minded like Cornelius, others ended up ruined or embroiled in petty high-society disputes – the same high society that hated Cornelius (and which Cornelius hated too). For this train pioneers only really believed in hard work, the power of steam – and the brutal tricks necessary to beat his competitors.

We’re launching a new series on the great nationalisations in European rail, starting with the one that took place in Italy between 1903 and 1915.