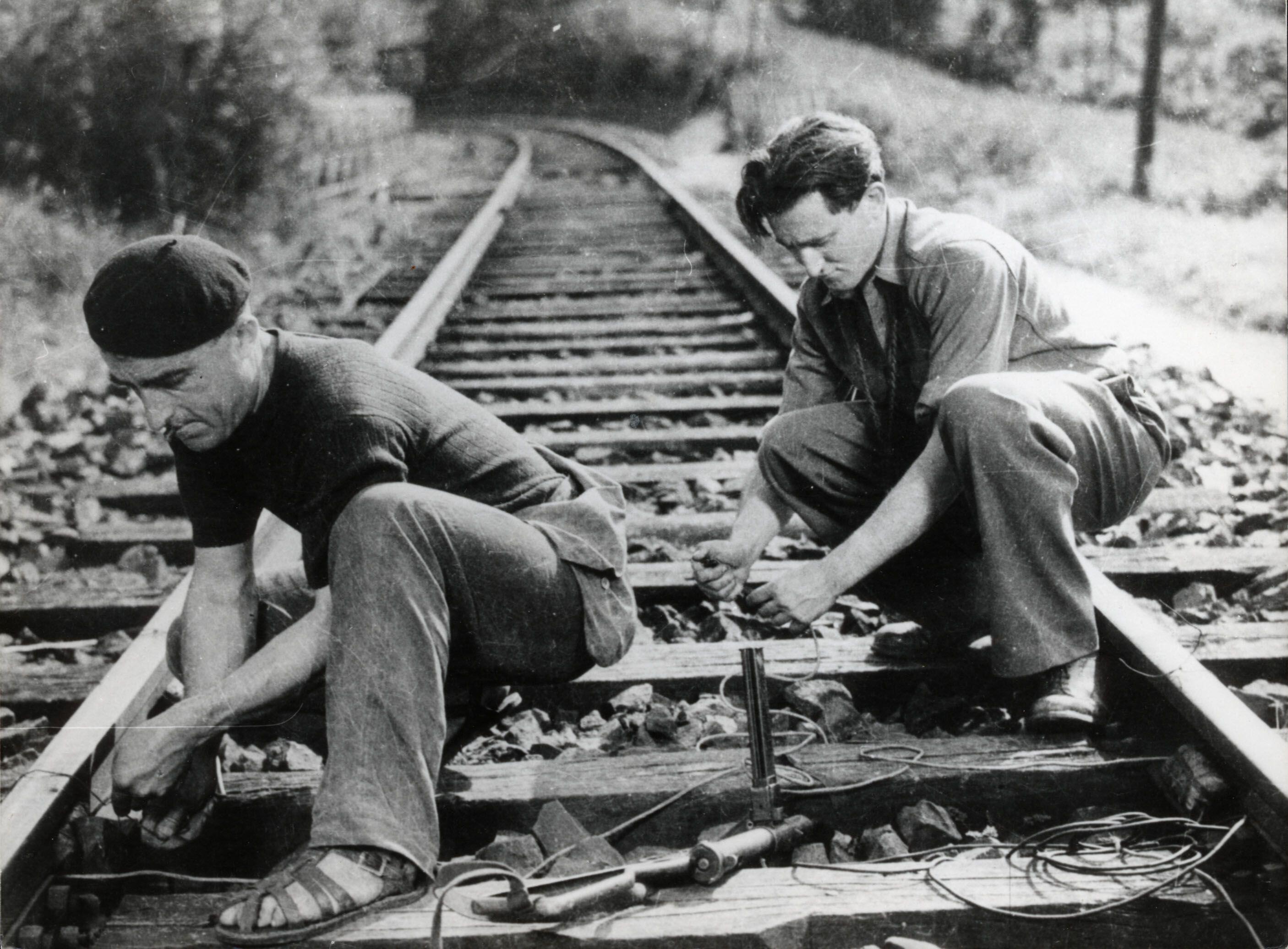 The French rail workers who resisted the Nazis

A spontaneous show of bravery

June 5 1944. Occupied France was plunged into silence. It was 9.15pm and it was the dawn of a new era. Tucked in the corner of your bedroom, in a basement or whatever nook you could find, you’d turn on your radio and try to tune into BBC radio. Like every evening, you’re feverishly excited. Suddenly, a series of coded messages starts. That’s the signal for you to jump into action. As railway workers, you and your comrades have to put into place the Operation Vert which would support the imminent landings of the Allied Forces in France. It was finally time to push out the Nazis.

As set out by the ‘planning bloc’ of the UK’s Central Bureau of Intelligence and Operations, the objective of Operation Vert was very simple: to paralyse the French railway network so German troops would not be able to send reinforcements in time to fend off the Allied offensive. The latter could therefore consolidate bridgeheads and (hopefully) continue its advance. The day after the radio message, and throughout the summer of 1944, 820 locomotives were damaged. No train could make a lengthy journey on French territory without being interrupted on its journey. Even more impressively, even when the tracks were repaired, they were immediately put out of use again by Resistant fighters who were hiding behind the railway workers. Their actions were backe dup by targeted bombings on the railway tracks.

Operation Vert was only one aspect of the Allied plan to bolster the French Resistance. Operation Violet involved sabotaging telephone lines, while Operation Bleu targeted the high-voltage power lines that allowed electrified train lines to function. The roads of North-West France would also be targeted by Operation Tortue, later Operation Bibendum. Finally, Operation Rouge aimed to launch armed insurrections in strategic places to attack the rear of the German lines. In short, everything was planned to make best use of the skills of the Resistant fighters present on French soil.

But French railway workers hadn’t waited for the eve of the Normandy landings to mobilise against the Nazi Occupation. As soon as Adolf Hitler requisitioned the French railway network, undercover groups began to form and plot against the enemy. Certain moves were highly symbolic. That was certainly the case when many honoured a ten-minute silence to mark the anniversary of the Armistice on November 11. Or when certain SNCF employees sang the Marseillaise on Bastille Day. Unsurprisingly, these initiatives were brutally repressed by German officers, who went as far as firing into the crowd to disperse the brave protesters. The Resistance also did lots of concrete things. Some of the more discreet actions included not working or not performing as efficiently at work so as to hamper the Nazi war machine.

Other, more creative actions sometimes took quite surprising forms including changing departure and destination labels on certain train carriage so equipment expected in Germany arrived elsewhere, or empty carriages would end up in Berlin. And then there were also the famous train derailments. Once again, the experience and skills of the railway workers proved crucial. Some in fact discovered that the explosives that were sometimes sent to them by the Allied Forces to destroy tracks weren’t necessarily the most effective way to stop a high-speed train from getting past. It was better to unbolt the tracks and turn them in another direction. These secret and dangerous operations often took place in the middle of the night, and were carried out by people who knew that if they were caught, they would be tortured and executed.

What made the Resistance of the railway workers exceptional is that it developed quite naturally in many places across France, often organised by individuals or very small groups of people. While certain workers were integrated in groups like NAP-fer (the railway branch of NAP), Libération or Vengeance, today we know that many operated alone for years, often by simply screwing something poorly or hammering something in the wrong place. The railway workers also passed on crucial information to the Allied Forces, allowing them to make their operations more precise and efficient. But the most intense moment for the Resistance was probably the railway strike on August 10 1944, one of the key factors in the Liberation of Paris. Obviously, this article couldn’t possibly pay tribute to all the acts of resistance by railway workers during the war, nor delve into the complex network of movements that they joined or founded before being grouped together as the Résistance-Fer in 1943. But we hope these limited anecdotes have given you a decent feel for the bravery of these men and women.

The unsurpassable 248-kilometre-long, four-kilometre-deep no man’s land has, however, seen several trains passing through that are testament to efforts to make peace between the two Koreas.

Ofotbanen, the first train beyond the Arctic Circle

We like to think that many of the great challenges humanity has tried to overcome are born of a thirst for discovery and adventure. However, often they may be motivated by something else entirely: the exploitation of resources.