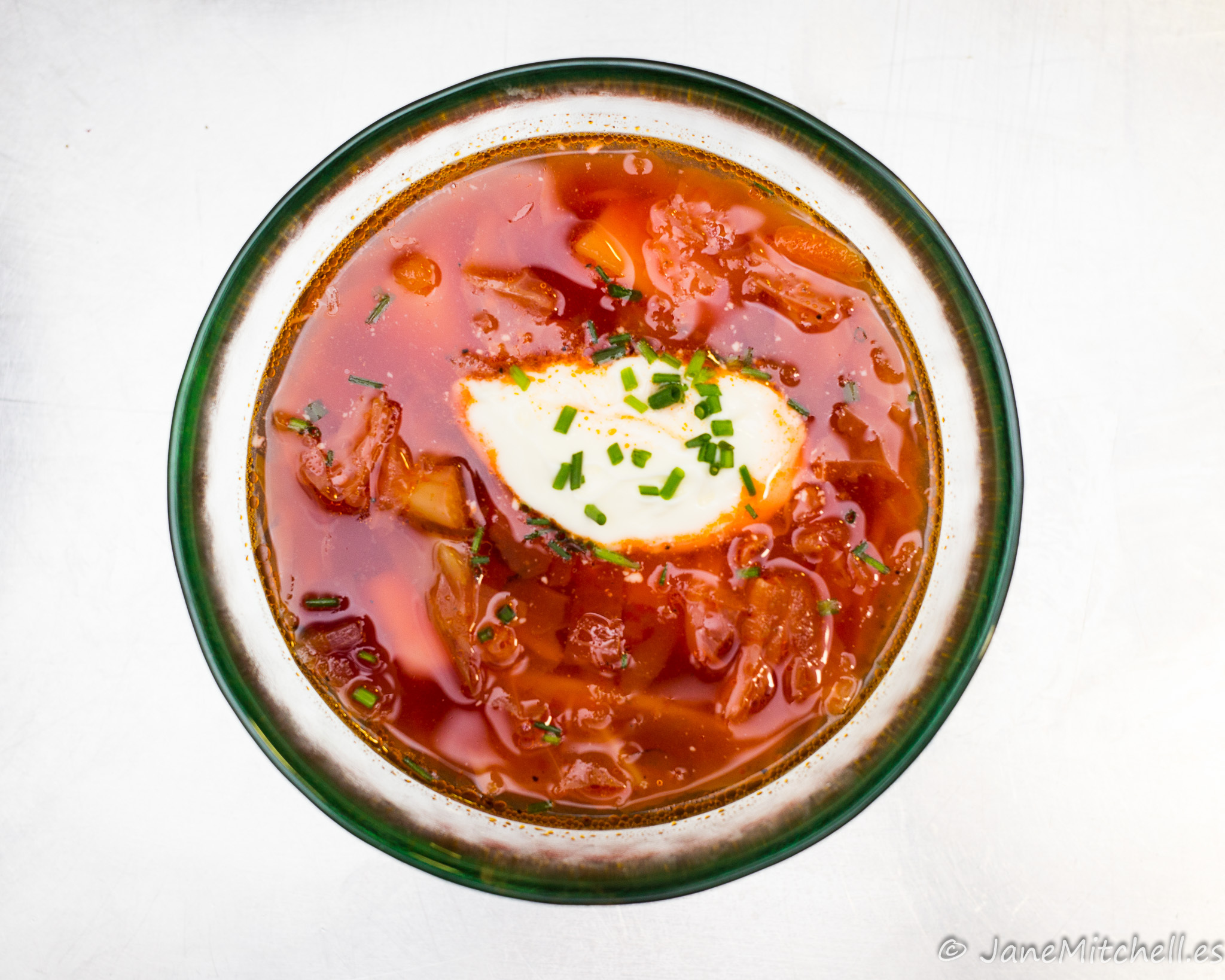 For several weeks now, Ukraine has been the main story on every news network in the world. This culturally and historically rich country has been overwhelmed by bombs and missiles, and the injured and dead are piling up. Because Russia’s aim in invading its neighbour is to destroy its very identity, we want to do our (small) bit by highlighting how food can bring people together (rather than divide them). So we’ve called on an organisation we’ve already spoken to you about in the past, Refugee Food, to share the recipe for a delicious staple of Ukrainian cuisine.

Since 2016, Refugee Food has aimed to change public perception of refugees, facilitating their integration in the restaurant industry, while also fighting for a fair, sustainable, diversified food production chain. To get a real feel for what they do, you should head to their permanent setup at Ground Control (in Paris’s 12 arrondissement), open from Wednesday to Sunday.

Refugee Food is an annual festival, too. Based around collaborations between refugee chefs and local restaurants, this year’s edition features nearly 60 restaurants, fromageries and boulangeries, who will open their kitchens and ovens up to people who’ve taken refuge in France, in a bid to show that cuisine can act as a powerful tool for social and professional integration. The festival takes place around June 20 – World Refugee Day –  in Bordeaux, Dijon, Geneva, LIlle, Lyon, Marseille, Montpellier, Nantes, Paris, Rennes and Strasbourg. In the meantime, Refugee Food has shared a recipe for Ukrainian borscht: a traditional beetroot soup from Eastern Europe that varies by country. This Ukrainian version notably uses both beef and pork.

Cut the beef into small pieces, then place them in a small casserole dish and add water until they are covered (around half a dish of water). Bring the water to a boil, then lower the heat and allow it to simmer until the beef is tender (one to three hours).

Peel the carrot, the potatoes, the onion and beetroot. Cut the potatoes into small cubes, the onion into quarters, and julienne the veg. Finely chop the dill, and set aside part of it for later.

Add the potatoes, onion and the rest of the dill into the dish with the beef. Once the beef is tender, add the carrot, beetroot and tomatoes and leave to cook for around 15 minutes.

Add the lardons and finely chopped garlic. Turn off the heat and cover the dish for 30 minutes.

Serve the borscht hot, and don’t forget to add a tablespoon of crème fraîche on each portion (and to scatter the remaining dill over the top). Bon appétit!

Chef Harry Cummins has shared this recipe for a gâteau de voyage that’s perfect for your next railway trip.

Mathilde and Audrey have now shared the recipe for their grapefruit-pistachio tart, given this is prime citrus season. Bon appétit!

Yorgaki, the first and only Greek café in Paris, on the Rue des Martyrs. When you go there, you’ll immediately feel like you’re on holiday, far removed from the bustle of the city around you. Here you can sip a classic Greek coffee, paired with a creamy galaktoboúreko: the perfect way to whisk you off to the Aegean.