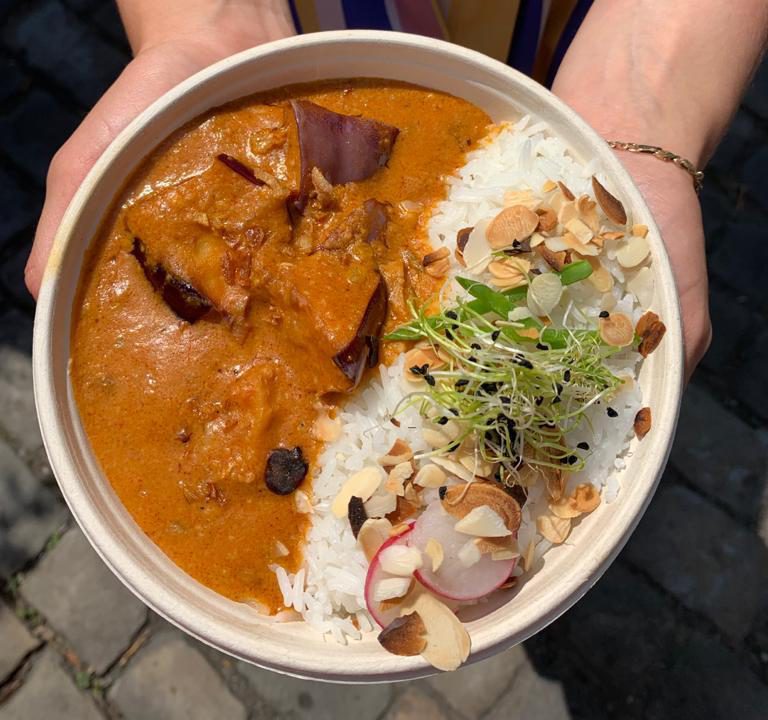 A vegetarian recipe from Mauritania

Having travelled across 18 countries (and sampled the local cuisine as they went), Marine Mandrila and Louis Martin returned to Paris convinced that food can bring people and cultures closer together. And so they founded Refugee Food in 2016. This remarkable project started as a festival in Paris, where refugee chefs and renowned French restaurateurs would collaborate on fusion dishes representing a hybrid of their skills and experience.

The event was an immediate success, and now takes place in 15 cities across France and Europe every year. And Refugee Food, the organisation, now also trains refugee chefs, with the aim of helping enter the job market. And to get an idea of the kinds of talents that emerge from its programmes, it suffices to head down to the Résidence du Refugee Food, in the old railway entrepôts that now house cultural complex Ground Control, just around the corner from the Gare de Lyon.

That’s where Mauritanian chef Harouna Sow works (when he’s not pursuing charity projects, like cooking several tens of thousands of meals for care workers and poor students during the successive lockdowns). This week he’s also provided us with a spicy vegetarian recipe that makes the ideal remedy to the onset of autumn.

Chop the okra finely and set aside. Peel the onions, chop the aubergines into large cubes (around 4cm by 4cm) and mix thoroughly with the peanut oil.

Add the satay paste and tomatoes and cook on a high heat.

Add the peanut butter and okra. Mix well, making sure the peanut butter is spread evenly through the sauce. Fill with water, right to the top of the pan, salt lightly, and cook for 45 minutes on a medium heat.

Serve with white rice, and tuck in !

The recipe is the work of Angèle Ferreux-Maeght, whose restaurant La Guinguette d’Angèle (Paris) places an emphasis on seasonal and well-sourced produce.