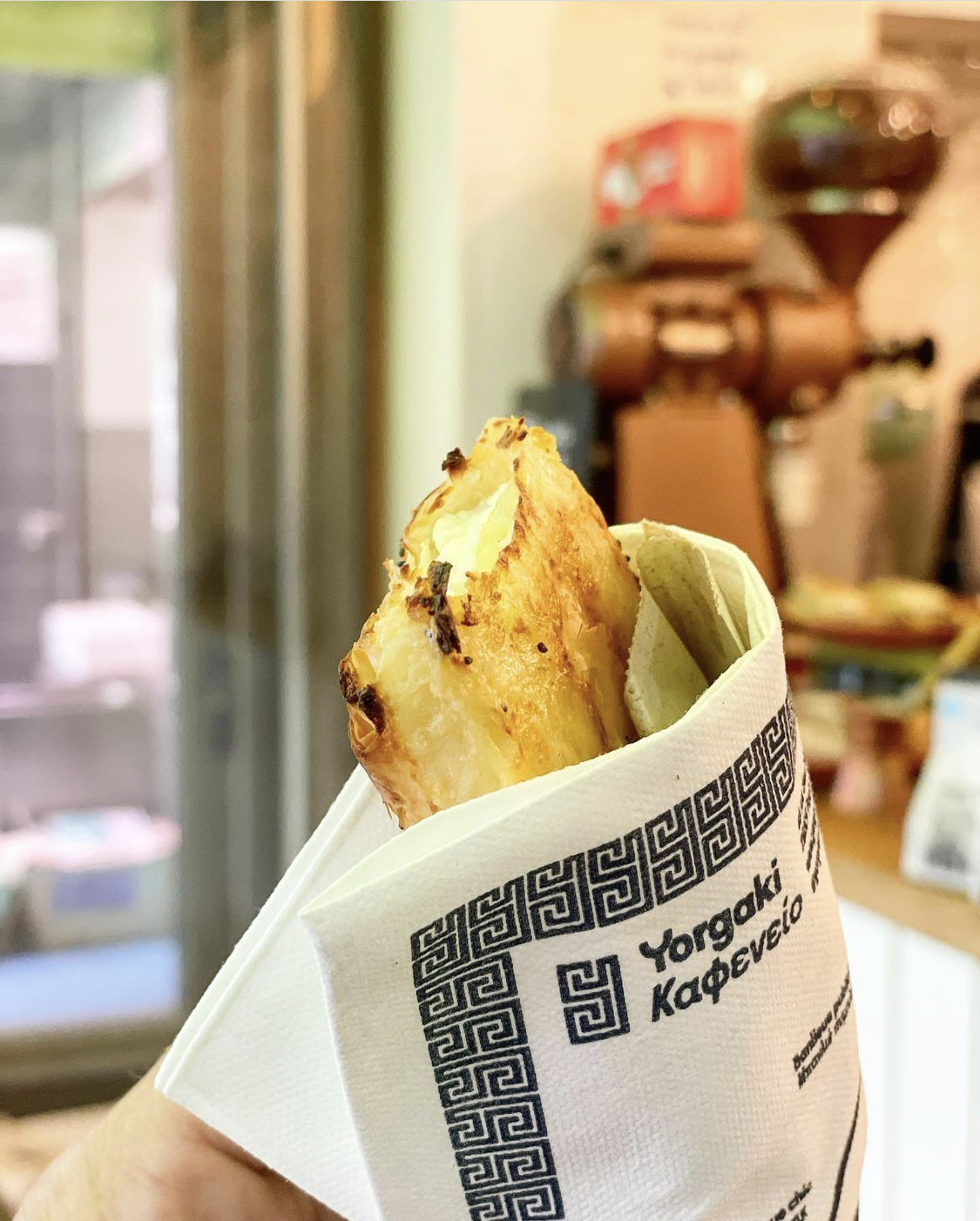 Greek cooking at its most indulgent

After that brief stopover in Athens, we’re feeling a little peckish. So it’s high time we paid tribute to Greek cuisine in all its delicious indulgence. Happily, Yorgo Tloupas, who explained the thinking behind our logo a little higher up, in fact has many strings to his bow. He’s passionate about good-quality produce, and while he’s now based in Paris, he’s remained very proud of his Greek heritage.

That’s, in part, what led him to create Yorgaki, the first and only Greek café in Paris, on the Rue des Martyrs. When you go there, you’ll immediately feel like you’re on holiday, far removed from the bustle of the city around you. Here you can sip a classic Greek coffee, paired with a creamy galaktoboúreko: the perfect way to whisk you off to the Aegean. And those less keen on sweet stuff, will find great delights in the tiropita, a cheesy, comforting tart that tasted just as good in winter. And good news: Yorgo has been as kind as to share his very own recipe with us in this edition of Midnight Weekly.

One packet of filo pastry
Four eggs
Three and a half cups of fresh milk
Half a cup of olive oil
Salt
Pepper
200g kefalograviera
600g feta
¼ cup olive oil for the filo
You’ll also need a dish around 40cm that’s not too deep to fit on the bottom of your oven.

Oil the dish and preheat the oven to 180C

In a bowl, beat the eggs, then add the milk, olive oil, pepper and salt.

In another bowl, crumble up the cheese and mix together.

Cover the dish with two layers of filo, then cover with two ladles of the milk mixture and a handful of cheese.

Repeat the previous instruction until you’ve run out of ingredients and fold over the edge of the filo so it reaches the centre.

With a fork, lightly pierce the tiropita (while making sure not to touch the bottom).

Place in the oven at 180C for an hour and ten minutes.

This recipe is from none other than Ai Loan Dupuis, the brilliant mind behind Sezono (season in esperanto), the restaurant-cum-market-cum-deli in Paris’s 10th arrondissement.

We asked a chef to suggest a vegetarian version. Some of you will no doubt be sceptical. Hamburger, after all, is the name of a certain kind of steak originating from Hamburg, served in a brioche bun, which was the classic factory-canteen food of the city’s workers.

This time she’s whisking us off to the seaside. Bérangère Fagart is the founder of the restaurant Sélune in Paris, where she’s become known for her culinary creativity just as much as her luminous personality. She’s also big on sustainable cooking, and so this seafood dish should evidently use only scallops fished ethically.