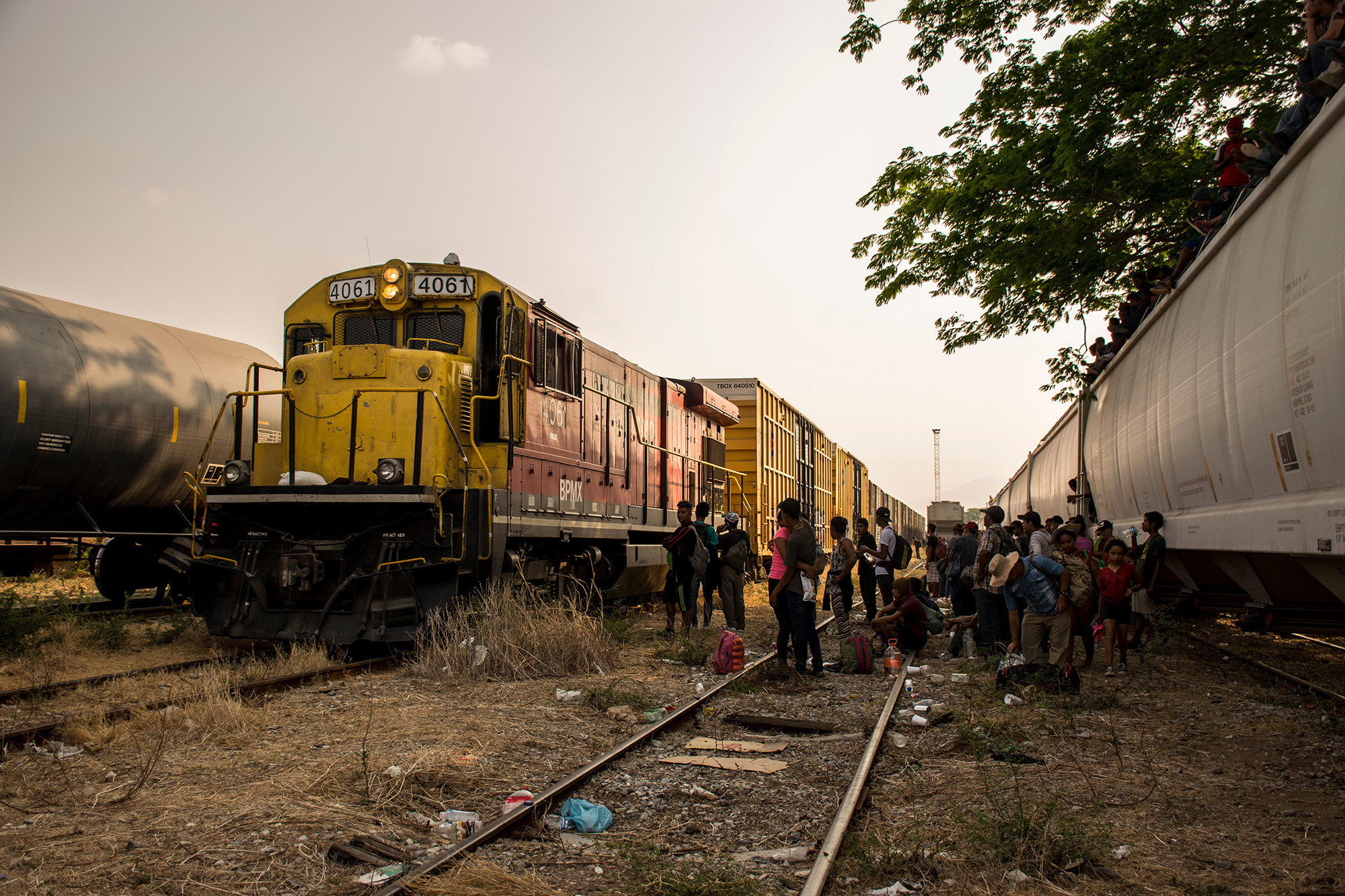 On board the ‘Bestia’, the Mexican death train

Trains have allowed humans to cross borders since time immemorial. While usually this concerns lines like the Ofotbanen, it also happens that certain routes are given a new, dangerous and illegal purpose – by men and women who have no other choice. Sometimes at risk of losing their life.

That’s the case for thousands of central American immigrants who climb aboard the ‘Bestia’. Since the beginning of the 1990s and the closure of several Mexican passenger routes, generations of Hondurans, Guatemalans, Salvadorans and Nicaraguans have jumped on this freight train that connects south and North America, and runs near the US border.

Picture the scene. Day is dawning in the small town of Arriaga, in the state of Chiapas. Suddenly, the train sets off. In an instant, men, women and children emerge from the shadows and grasp onto the sides of the train. Several fall, but most manage it, climbing on the access rails to mount the roof from which they’ll be able to spot potential police checks. Others open up the carriages, hoping to find a space between the girders. Others still cling on to the ledges between the carriages. They’re only just beginning a 2,300-kilometres journey of peril.

For at least 20 hours, they are flung about, constantly having to find their balance and always inches from falling onto the tracks, not knowing when the train might stop. When it does, several of them dismount in haste, hoping to find fruit or a little water. The rations they were able to bring along disappear quickly, consumed as they are by hunger, fear and the searing Mexican heat.

For ‘Bestia’ didn’t get its name from an apocryphal tale or from a ghost haunting the train like in Madrid. In fact, it’s because each year, the ‘tren de la muerte’ causes several such people to lose limbs, break bones or even die during their journey towards the supposed El Dorado that is the USA. It’s as if the train were a beast devouring these people fleeing poverty and the violence of their home countries.

But there’s far more danger lying ahead for those who climb aboard the ‘Bestia’. Over the years, groups of hostage-takers have developed a sinister trade consisting of capturing these helpless, penniless passengers. Usually, they will return them to their families – but only if they pay up a sum usually around 2,500 dollars. If they survive all that, they’ll still have to cross the American border, partially fringed with Donald Trump’s famous wall and patrolled by trigger-happy anti-immigration forces. Then there’s all the violence, robbery and rape that sometimes take place along the way, often committed by other passengers. In other words, climbing aboard the ‘Bestia’ is an act of desperation and despair.

But that doesn’t stop between 400, 000 and 500,000 people giving it a go each year on a dozen or so daily trains that make the journey. For, like the Hydra of Lerna, the ‘Bestia’ has several faces – and just as many chances for passengers to be devoured by the beast. What’s more, several humanitarian organisations, very much aware of the horrors that take place on this train, started trying to help passengers by distributing food and water at certain key places along the route. Volunteers also try and track down those who’ve fallen, and in the worst cases, make sure they are buried in a respectful way.

And through all this, the Mexican government falls short. But while it is partly responsible for the phenomenon, since it’s directly linked with the closure of several passenger lines, it is not to be blamed for the extreme poverty of its close neighbours. However, it has often tried to prevent immigrants from climbing aboard this train of death. For several years now, though, it seems that the government has begun to tolerate the practice and that the humanitarian groups have been given the green light to work along the route. A bare minimum, one could say.

The bridge that could link up the British Isles

This idea captivated the British leaders. At the time, the aim was clear: connecting the two major British isles would cement the links between the islands’ citizens.

Poetry’s intimate relationship with the railways in fact goes back nearly two centuries, trains acting as muses to the world’s writers.