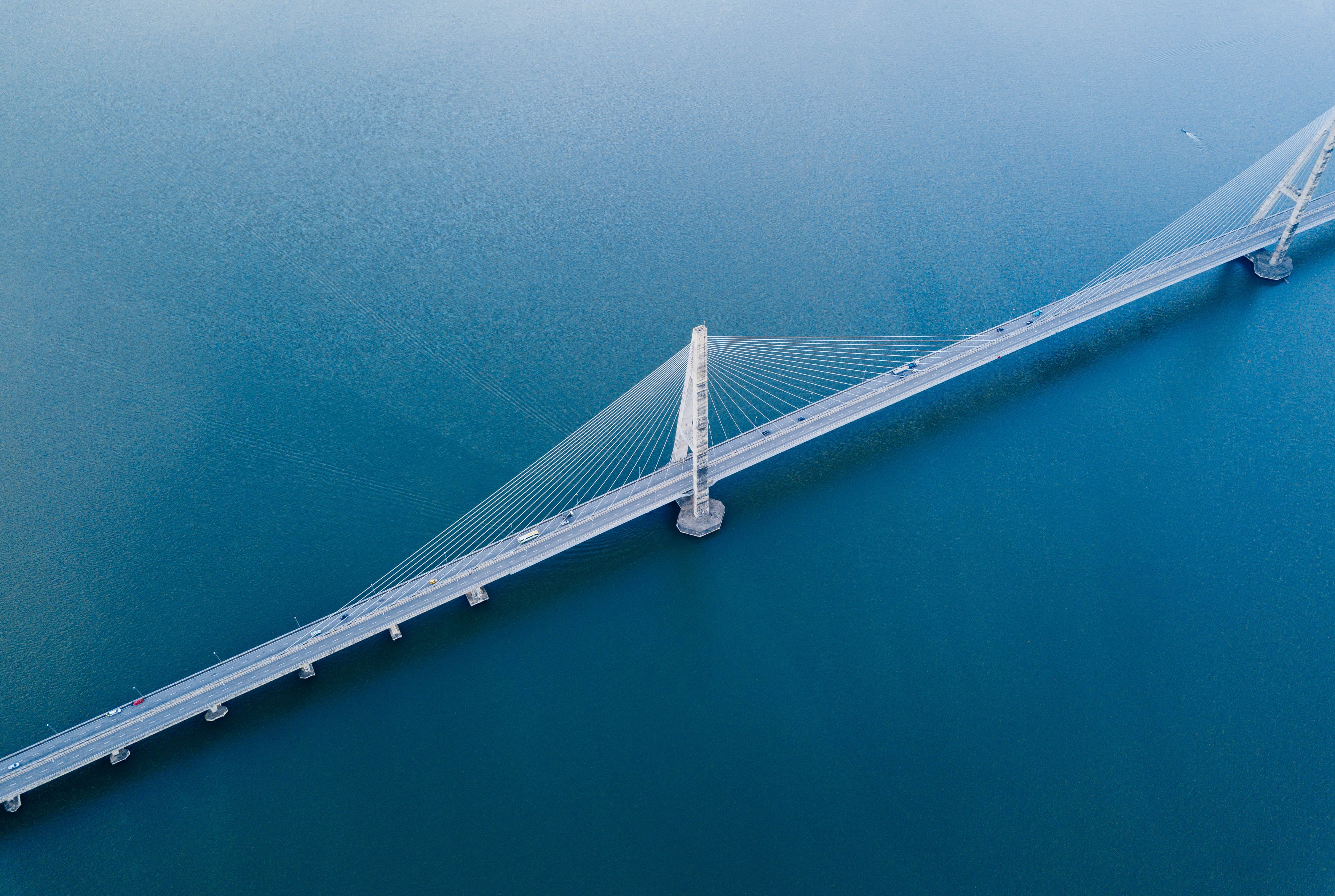 The bridge that could link up the British Isles

The far-fetched plans for an Irish Sea Bridge

Could a physical, concrete-and-steel bridge act as a bridge between people, too? Far removed from the railway barrier Russia has introduced in Crimea, that’s probably what inspired Boris Johnson, the UK prime minister, when he dredged up the idea of the Irish Sea Bridge in 2018. Also known as the Celtic Crossing, the 32-kilometre structure would link up Northern Ireland and Scotland by both road and rail.

As we all know, the UK has had a pretty rocky time of it recently. First and foremost, of course, was the Brexit vote, which profoundly divided the country. With a majority of just 51.9 percent, the rupture from the EU has provided fuel for the Scottish nationalist movement that was still simmering following an unsuccessful referendum on independence a few years earlier. And all this, of course, despite the construction and intense usage of the Channel Tunnel since the 1990s – the only real physical connection between the UK and the Continent.

So you can see why people might suggest that an Irish Sea Bridge could provide a handy new physical (and emotional) connection between the UK and Ireland, which is a member of the EU. But why think that this would succeed where the Tunnel (and the decades it took to build it) failed? The idea of a bridge between Northern Ireland and Scotland in fact goes back a long way. Back in the 1890s – an era when belief in limitless progress and the inexistence of environmental concerns made even the most far-fetched of projects seem realisable – this idea captivated the British leaders. At the time, the aim was clear: connecting the two major British isles would cement the links between the islands’ citizens.

It‘s a nice idea, but one that’s never seemed as far from reality as it is now. Unlike at the end of the nineteenth century, the start of the 2020s wasn’t the best time for supporters of building big new concrete constructions, with modest budgets and the reuse of existing structures much more in vogue. But the idea that a train could replace (partly, at least) the numerous boats and planes that already connect Scotland and Northern Ireland certainly captured the attention of environmentalists. However, that would be to overlook the fact that building this 32-kilometre bridge would pose a huge technical challenge and have its own negative effects on the planet. And that’s not even to mention the cost, predicted to be around £15 billion (€17 billion).

But despite all that, two plans are already on the table. The first, shorter and therefore less expensive, aims to link the very touristy Torr Head peninsula in Ireland with the Mull of Kintyre in Scotland. The Second would connect the industrial town of Larne and the village of Portpatrick. In both cases, the Irish Sea Bridge would pass over Beaufort’s Dyke, which is known for its rocky seas and depth of 200 to 300 metres. There aren’t many solutions when it comes to building a bridge in such a difficult area. But one solution that’s most often employed for Norwegian bridges nonetheless caught the eye of several stakeholders in the project: the bridge could float on pontoons attached to the bottom of the sea by cables.

And the forces of nature aren’t the only obstacle the Iris Sea Bridge will have to overcome if it is to link the two islands up by rail. There are also the dangerous remnants of two global conflicts. Shortly after the First World War, the British army in fact chose Beaufort’s Dyke as the spot to sink its unused traditional and chemical weapons, before doing it again in 1945. In other words, the area was transformed into a giant marine dump for more than a million tonnes of weapons of all stripes. This memory is still so salient in the minds of the British people that Boris Johnson acknowledged the challenge was all the greater – and worth attempting.

It may seem like a decent idea and one that could bear commercial fruit, but the bridge over the Irish Sea is starting to seem like a Fata Morgana: the mirage of a town that sometimes appears to sailors and the inhabitants of coastal regions. The name of that mirage pays reference to the legendary Morgan le Fay of Arthurian legend. But in any case, the project has proved much less real than the victory of the Scottish National Party at the legislative elections of May 6 2021 and the will of the First Minister to organise another referendum on Scottish independence. Fortunately, certain politicians and experts have a solution: replace the bridge with a tunnel. Even so, we don’t think that’ll be enough to soothe the concerns and troubles of the people of the British Isles, even if it has a train inside.