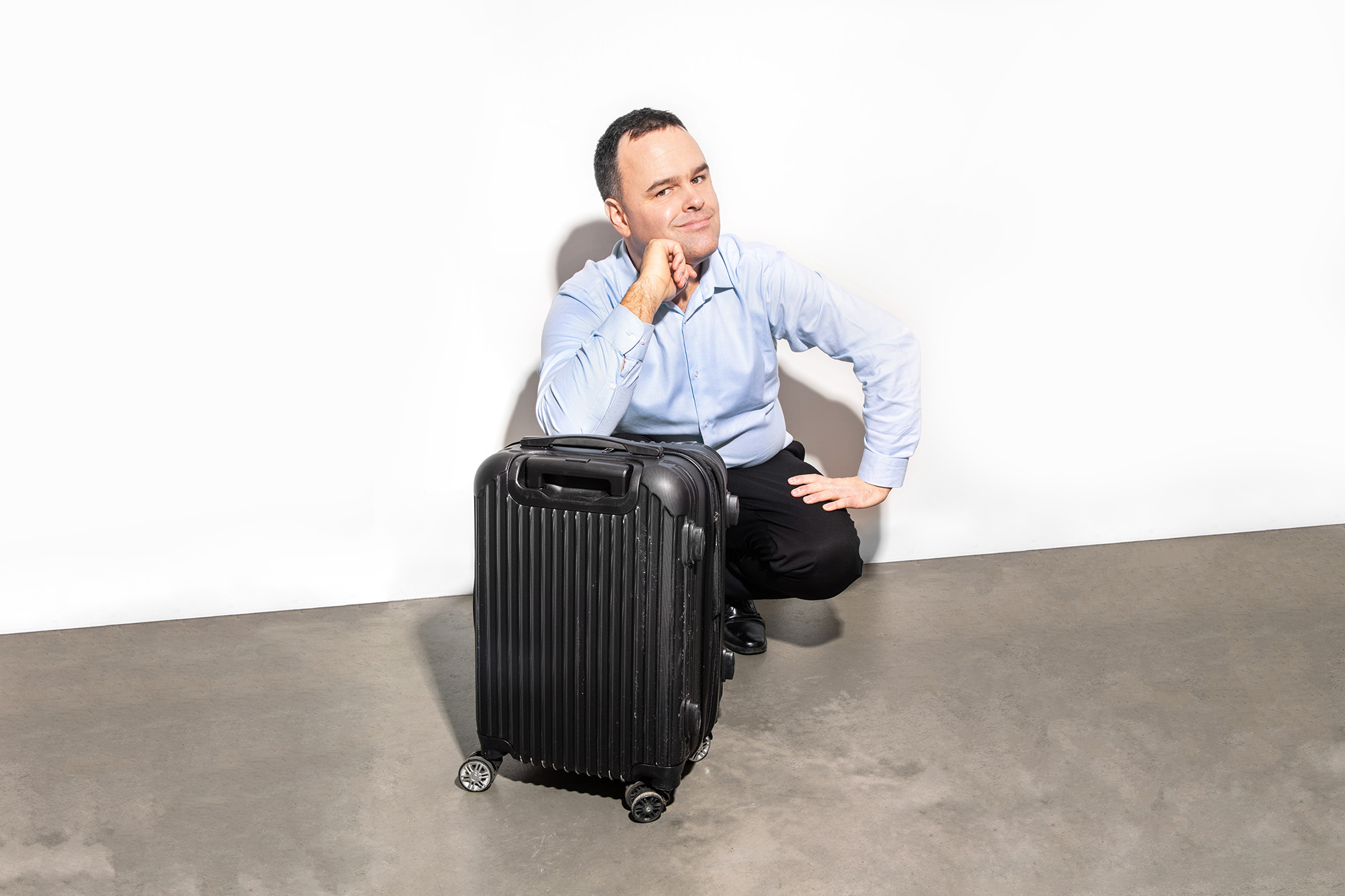 Our big recruitment drive has got off to a strong start

Every week, we get ever closer to achieving our mission of welcoming you on board our ‘hotels on rails’. 2022 may have only just started, but already it seems like this year is going to be a pivotal one for our company: throughout the year, we’re going to be vastly expanding our team so we can get our trains running from the start of 2024.

And our recruitment drive has got off to a strong start. Having already introduced you to our company’s founding team, it’s our great pleasure to say Nicolas Bargelès has joined us as director of railway operations after a glittering career that’s taken him from the Réseau Ferré de France to Thello to Eurostar. Throughout, his aim has always been to promote the train as a means of travel.

But that makes total sense, when you consider that he’s been passionate about the railways since he was a child. His family always opted for the train, and often made the trip between Paris and Dax, where his grandparents lived. This allowed his curiosity for the world of trains to grow and grow, to the point that one day his teacher discovered that the first words he’d learnt to read were the names of the towns along the Paris-Dax journey, listed on the train timetable.

His passion only grew further over the following years, and his grandmother fed this interest by subscribing him to La Vie du Rail, a specialist railway magazine. From that moment on, he began to amass an encyclopaedic knowledge of the rail industry. He let himself get swept up by a universe that fascinated him. Above all, he was intrigued by all the international services that left the Gare d’Austerlitz, which was also the terminus for the Paris-Dax train. Soon, he would be familiar with all the minute details of the Sud-Express, linking Paris and Lisbon, and the Puerta Sol, which connected Paris and Madrid.

When he looks back nowadays, he can think of two reasons for his early interest in the industry. On the one hand, travel for him came to embody the idea of going somewhere new and exciting (but at the same time, somewhere that meant a lot to him). But then, there was also the mysterious, technological side of things; he was desperate to find out how these locomotives functioned. He made his fascination so clear to all those around him, in fact, that one day at the Gare d’Austerlitz a signalman let him visit his control office, and on another occasion a driver let him inside the cabin.

When he was still very young, he realised that he wanted to become a train driver. He was into maths and physics at school, and so he aimed for a career in engineering. But in a twist that feels somewhat like fate, one of the entry exams he took included a question on TGV motors (which, of course, bagged him his best score). He even added a note at the end of his notes because he had spotted an error in the question.

That’s how he enrolled at the École Supérieure des Technologies Industrielles Avancées (ESTIA), in Bidart, not far from Biarritz, where he obtained a joint degree with Bilbao’s School of Engineering, one of the most prestigious institutions in Spain. After this, he started his career proper at the Réseau Ferré de France (RFF, the ancestor of SNCF Réseau), where he worked from 2008 to 2012. His responsibilities here fascinated him: he started working on train timetabling, and this then led him to work on introducing regular train times in France, one of the initiatives that had made the Swiss rail industry such a success story.

At RFF, he also worked in international cooperation. He was tasked with working out how to overcome the obstacles trains face when crossing from one country to another. He was so taken with this side of the industry that he decided to dedicate his career to improving international train services, and Thello was soon to offer him an opportunity to do just that.

The Italian company started with new Paris-Milan-Venice and Paris-Bologna-Florence-Rome night routes. Nicolas was in charge of business development and became director of the Marseille-Nice-Genoa-Milan line (which came with the added bonus of allowing him to live in sunny Nice). Several things about this job still make him proud: having revived this line (which had been cut in 2009), having reconnected Nice and Italy, and above all having persuaded a whole load of travellers to abandon cars in favour of trains.

After five years’ service, Nicolas seized the opportunity to join Eurostar as head of operations. This wide-ranging job involved coming up with safety procedures, emergency plans and preparing… for a pandemic. In 2019, that was one of the tasks conferred on him: when Ebola was raging through Africa, an initial plan had been sketched out, and several years later now, he had to dust it off. Even while his work would pay off a year later, he had know idea (like all of us) about the extent of the restrictions the first lockdown was to entail.

At Eurostar more than anywhere else, Nicolas got to grips with crisis management. The pandemic had brought the number of daily Paris-London trains down from 50 to just one. Then, of course, there were all the political problems caused by Brexit: in this thoroughly European company, the UK’s exit from the EU was a wake-up call for all its employees.

All these experiences help Nicolas grow professionally and now he’s going to put all his skills to use right here, at Midnight Trains, ‘an impactful project starting from carte blanche’ – a task he finds equal parts intriguing and stimulating. He’s convinced that the international aspect of the venture is going to define the decades to come: the sleeper train is, in his eyes, a pertinent response to the limits of high-speed trains (when journey times are no longer such a strong argument to opt for the train over the plane).

For him, trains offer an opportunity to experience travel differently, letting you see the world around you, in a setting that’s much more convivial than the plane, coach or car. It’s also a pretty contemplative experience, in the mould of a memory he still cherishes of a sleeper service he took between Paris and Pisa with his grandfather. He was 16 at the time, and only slept between Genoa and La Spezia (around an hour and a half). The rest of the time, the atmosphere both inside and outside the carriage gripped him; it seemed to him as if time had been suspended, and that he was experiencing some sort of dream state.

Now he is joining our ‘hotels on rails’ company, the line he is most passionate about reviving is the Paris-Madrid service. He remembers exactly what it was like back in the day. When he was a student in Biarritz, his apartment looked out over the railway tracks. And each night, the Paris-Madrid passed at 1.42am exactly: that’s when the clattering of the rails would wake him up. For this perennial train guru, it felt like a very natural alarm clock.