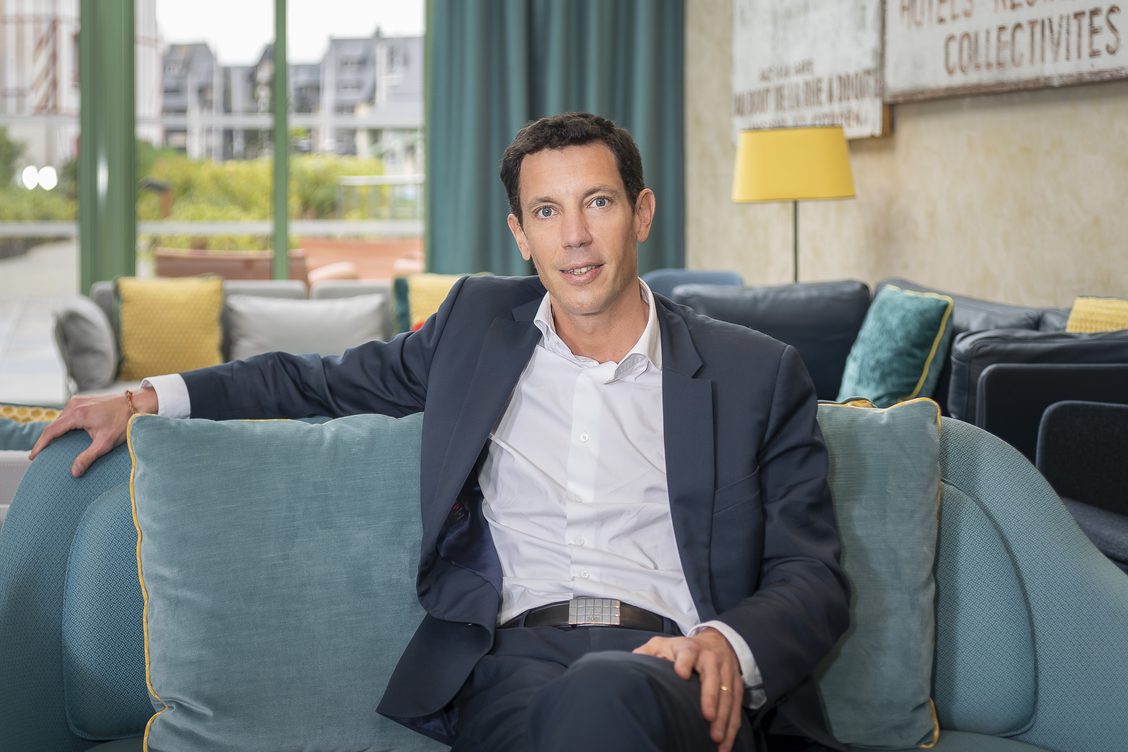 Hotel on rails, you say?

All throughout September, we’re introducing to all the people who’ve come together to make Midnight Trains happen. This week, it’s the turn of Franck Gervais, one of the four (fantastic) advisers whose role is to help co-founders Adrien Aumont and Romain Payet make the key strategic decisions that will allow you to climb aboard our trains from 2024.

In the time where Midnight Trains was only a very vague idea, Adrien and Romain met and consulted with everyone they could. Before even launching the company, this preliminary stage was necessary in order to refine the branding and strategy of their business. Meeting followed meeting followed meeting and, in nearly every discussion they had, the name Franck Gervais popped time and again. They hadn’t even met him yet when all paths seemed to lead his way, so effusive was the praise of their interlocutors.

It must be said that at only 44 years of age, Franck Gervais has had a pretty impressive career already. Since January he’s been the director-general of the group Pierre & Vacances-Center Parcs, and on account of his experience, we invited him to be a part of the board of directors of Midnight Trains which brings together the all the skills and knowledge bases we needed to make our ‘hotels on rails’ a success.

It all started when, having just graduated from the École Polytechnique and the École des Ponts et Chaussées, an earlier job saw him end up on the Côte d’Azur, in the Alpes-Maritimes region. That’s where he honed his strategic skills as chief of the department’s air bases. After three years in the Nice region, he got the call to take up some very different responsibilities in Paris.

For two years, he put his skills to action within the cabinet of the Ministry of Transport, before becoming principal private secretary to the president of the Société Nationale des Chemins de Fer (SNCF). Franck Gervais was becoming more and more established in the sector, just as he was refining his own ambition to see a true railway revolution in France, so drastic and evident were the effects of the booming low-cost flight sector.

Soon, unprecedentedly, he would have an opportunity to play his own part. In 2011 Franck Gervais took charge of Thalys, whose trains connected France, Belgium, Germany and Netherlands, based around the Paris-Brussels line, which we told you about a little earlier. It was under his leadership that this low-carbon option was to welcome its 100 millionth passenger. Unsurprisingly, he was to bring similar levels of success as a leader at Voyages-SNCF too.

Franck Gervais’s past lives make him a real asset and the ideal sponsor for a venture like Midnight Trains. As it happens, after all those years working within the railway industry, he’d already turned his attention to the hospitality industry, becoming the director-general for Europe within the Accor group in 2017. Could we dream any bigger for our ‘hotels on rails’ than a talent such as his, one that’s always strived to improve the travel experience as far as possible?

When Adrien and Romain suggested to him that he get on board with our venture, there was no hint of hesitation in his signing up, since for him, the sleeper train represents something of the ultimate travel experience. For him, it all comes down to the joy in leaving one city, only to wake up the following morning in a totally different setting, perhaps looking out over the sunrise in the snow-covered Alps. No surprise, then, that beautiful Verona is the destination that has him dreaming more than any other, sitting as it does in the shadows of those towering mountains.