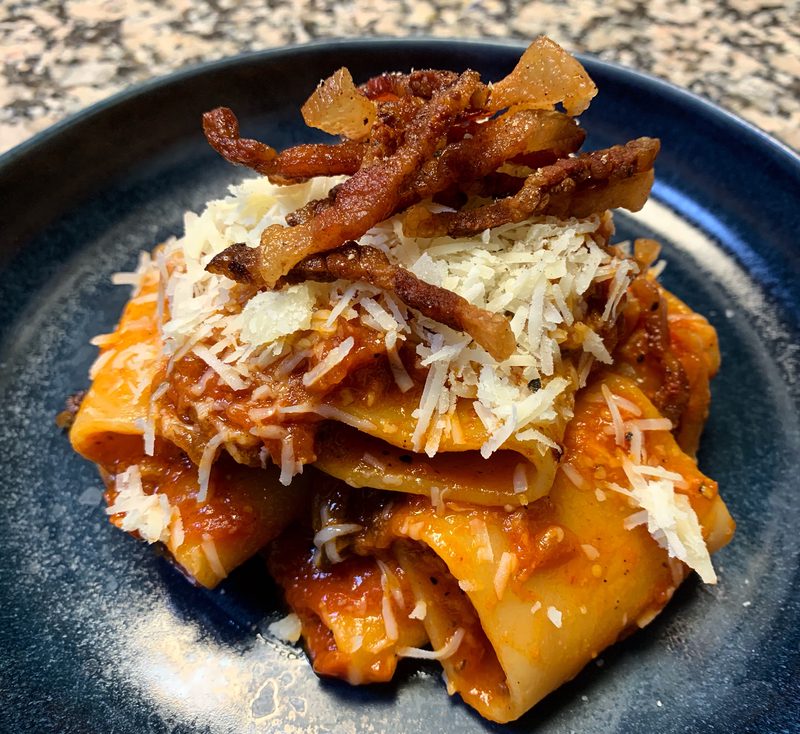 When they left their native Rome, Alessandra Viscardi and Marco Mattana wanted to stay somewhere near the Med, in a city where they could do what they really excel at: satisfying hearts and stomachs with Italian food that’s as tasty as it is comforting. So they set up shop just around the corner from Nice port, where locals and visitors now flock to their incredible restaurant, Epiro.

Local, seasonal produce is the name of the game on Marco’s brilliant menus, from the simple yet exquisite pasta to dessert via hands down the tastiest whitebait in Nice. For her part, Alessandra makes every visitor feel like they’re at home, as soon as they step over the threshold. She’s also on hand to pick out the best wines to go with whatever dishes you choose. In other words: if you ever find yourself with a spare moment in Nice, Epiro should be your immediate first stop.

In the meantime, Marco and Alessandra have sent over one of their go-to recipes, so you can recreate their culinary brilliance at home.

Sauté the guanciale (without oil or anything else) until it becomes crunchy, being careful not to burn it.

Place the cooked guanciale on a plate with paper towels.

Brown the onion in the guanciale fat and then deglaze the pan with the wine and vinegar. After a few minutes, add the tomatoes and bay leaves, and cook for 40 minutes.

Bring plenty of salted water to the boil, and cook the chosen pasta (al dente).

Mix the pasta into the sauce over the heat. Add half of the pecorino without mixing too much. Plate the pasta, add the rest of the pecorino, the crispy guanciale that we set aside at the start, the pepper and chilli.

Risotto with braised and pickled onions

A recipe that makes the perfect summer weeknight dinner. At Erba Brusca, where she has her own herb garden, the chef Alice Delcourt cooks up exquisite dishes that always chime with Wendell Berry’s famous mantra, ‘eating is an agricultural act’.

Because you can never get too much of a good thing when it comes to food. We’re delighted to share with you a recipe from the repertoire of new-gen Parisian chef Charles Compagnon.