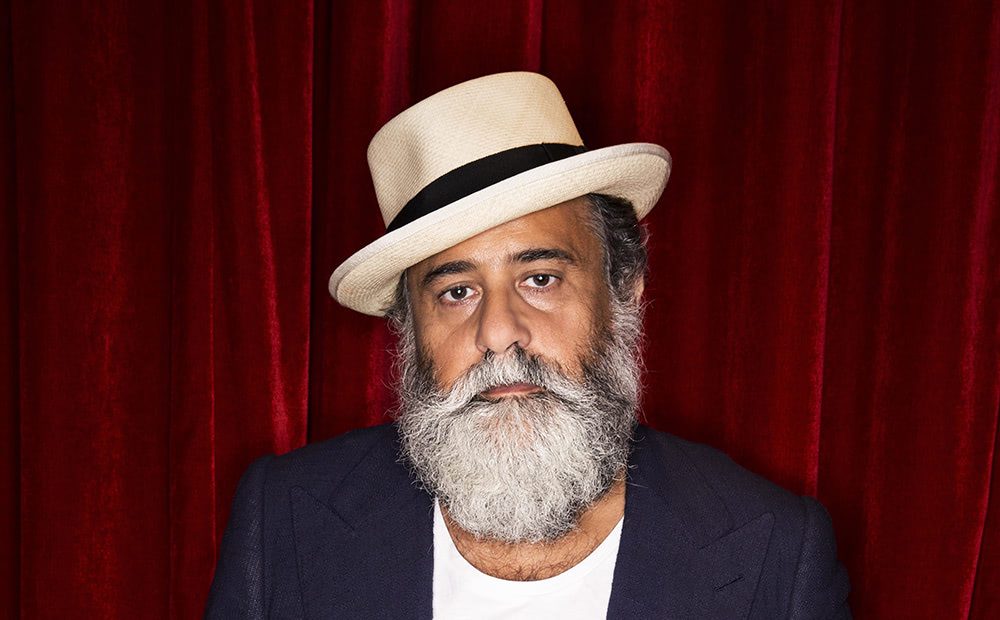 The hotelier making our trains homelier

Cyril Aouizerate, at your service

All throughout September, we’re introducing you to the talents who have come together to make Midnight Trains a success. This week it’s the turn of Cyril Aouizerate, one of the four (fantastic) advisers whose role is to help our co-founders, Adrien Aumont and Romain Payet, make the right strategic choices that will allow you to climb aboard our trains from 2024.

Let’s say it straight up: we’d need more than one edition of Midnight Weekly to really do justice to the unusual and storied career of Cyril Aouizerate.

He was the son of a trade-unionist typographer and a shorthand typist, and he grew up in the banlieue of Ancely, just outside Toulouse. After studying public law and philosophy in Toulouse and then Jerusalem, he published several works set against the backdrop of the Second World War. Page by page, he confronted the very worst acts humans had shown themselves capable of: dehumanising and exterminating their neighbours. Cyril Aouizerate already had in mind to channel his work into the service of the greater good.

At the end of the 1990s, his life took another sharp turn, as he joined Alain Taravella at the Altarea Cogedim group, where first started working on big urban projects. In fact, he was one of the key figures who made Bercy Village a reality: this was a whole new area of Paris that presaged the revival of much of the city’s 12th arrondissement.

This formative experience encouraged him to go further and in 2001 he embarked on his first venture as a hotelier with Serge Trigano and Philippe Starck, before founding the Parisian outpost of Mama Shelter – a concept so successful he would late export it to Marseille, Lyon, Bordeaux and Los Angeles. Now a boutique hotelier, Cyril Aouizerate didn’t want to stop there, and a few years later he was to surprise the hotel world once more.

New York, December 2009: the opening of Maimonide of Brooklyn (MOB), in the neighbourhood of the same name in the Big Apple, which would contribute no end to its rapid regeneration. In MOB, Cyril Aouizerate had created a business whose hybrid approach would travel far beyond the USA. MOB was at once an affordable vegan restaurant, a culture space and a cooperative where you could buy organic products. That sort of concept may not sound so original today, but at the time, it was revolutionary.

Through MOB, Cyril Aouizerate finally managed to bring together his interests and passions: entrepreneurship, social ecology, political engagement and a desire to put into practice his vision of a society generally more at ease with itself. It was in that spirit that he founded the first MOB Hotel in Saint-Ouen. Now even more are lined up to open in Washington DC, Los Angeles, Bordeaux and Florence. But at the same time, the always-unpredictable trajectory of Cyril Aouizerate continued, and so he came into contact with us here at Midnight Trains.

When Adrien Aumont and Romain Payet decided they wanted to reinvent the good old-fashioned sleeper train, they wanted above all to offer travellers a unique travel experience aboard their ‘hotels on rails’. And who better placed to help them than a so-called ‘artisan hotelier’ like Cyril Aouizerate? He’d actually known Adrien for a long time, since KissKissBankBank and MOB Hotels had collaborated previously, and like many, he believed night trains offered a concrete solution when faced with the climate emergency.

In his eyes, there’s no doubt about it: humankind has reached a point where we are travelling by air too much, with dramatic consequences in the shape of huge carbon emissions. The revival of the sleeper train, by contrast, offers a more sustainable means to discover European cities. And through Midnight Trains he aims to convey the message that any holiday should start in the very city where the travellers live, as soon as they board the train.

Before even arriving at the given destination, these ‘hotels on rails’ constitute a stay in themselves, an appetiser of the holiday to come: in not seeking to go as fast as possible, our trains will afford passengers the opportunity to relish the state of journeying across the continent, while also doing their bit for the environment.

In this way, he thinks there’s something rather theatrical about travelling by sleeper train. First, there’s obviously the fact that you can watch the landscape unfurl before you, while lying in bed. Then there are the encounters in the corridors and in the bar-carriage: conversations that help the time fly by. And you can also rediscover your inner child: in Aouizerate’s case, he has joyful memories of the times his parents would take him on night services to Spain.

And that’s actually where he dreams Midnight trains might one day take him; to be precise, Seville – that city that for him embodies human intelligence, along with a form of latent poetry and mystique, which the city has retained in spite of mass tourism. Cyril Aouizerate likes to think that Midnight Trains will soon allow him to wake up in the early hours in the Andalusian city, where you’ll find this seasoned entrepreneur perched on his favourite bench in the Alcázar gardens.

Franck Gervais is one of the four (fantastic) advisers whose role is to help co-founders Adrien Aumont and Romain Payet make the key strategic decisions that will allow you to climb aboard our trains from 2024.