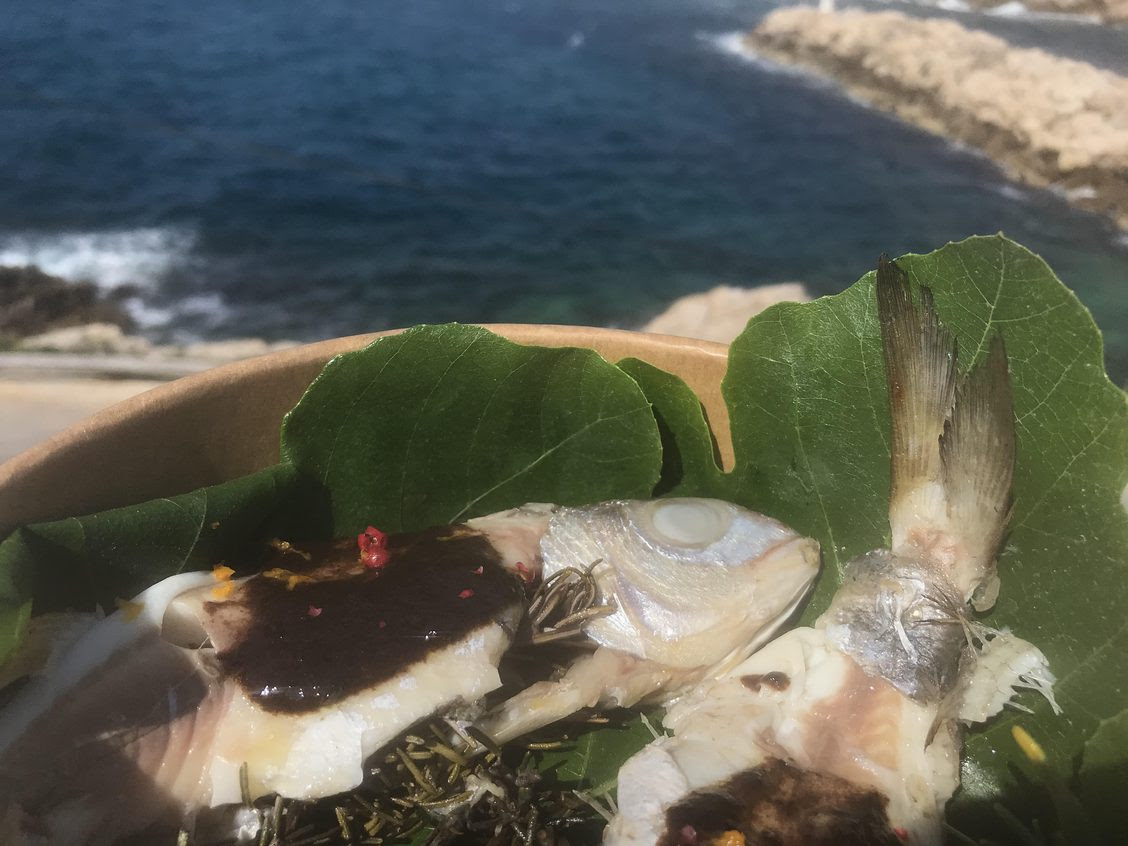 We couldn’t stop off in Marseille without honouring one of its greatest chefs. As brilliant as he is modest, Christian Qui was the winner of the Fooding’s ‘Meilleure Table’ prize in 2021. And it was in Goudes, a part of Marseille that looks uncannily like a Corsican village, that he made his name. You can book a meal both at his house and on his sailing boat (if you want a truly unique experience). His plates will blow you away, and you should definitely make sure to have a few conversations while you’re there – he’s a real fountain of knowledge.

One of his favourite topics is sustainable fishing: Christian Qui, in fact, is France’s finest chef in this field. This marine cuisine expert works in line with scientists from the Parc National des Calanques and fishermen from the city. For him, the important thing is not to fish threatened species, and that’s notably given birth to his bouillabaisse du turfu recipe, which changes with the seasons and has allowed him to introduce Marseillais to new kinds of fish. This week, the recipe we’re sharing is no exception from his general vision: it centres on blackspot seabream, little fish that you’ll find on stalls surrounding Marseille’s Vieux-Port.

Cover the bottom of a colander with fig leaves, place three of four fish (gutted but not scaled).

In the middle, place the branch of rosemary, a good lug of olive oil, a few drops of fish sauce and some roughly-ground pepper.

Cover with a lid and place on a pan of boiling water, leaving it to cook for around 10 to 15 minutes. See if it’s cooked by placing your finger on the fleshy part of the fish’s back (which should come apart if so). Once cooked, remove the fish skin.

Lay out the slices of potato (which you could boil while cooking the fish) on your serving plates.

In a small bowl, make a quick aioli with the egg yolks, garlic cloves and basil leaves, plus some olive oil. Pour on the potatoes.

Reuse the bowl and mix four or five black garlic cloves, an egg yolk and finally some olive oil. Add a few pink peppercorns. This emulsion should taste more sugary than spicy, and the colour should be black.

Pour it on the fish and tuck in. Bon appétit!