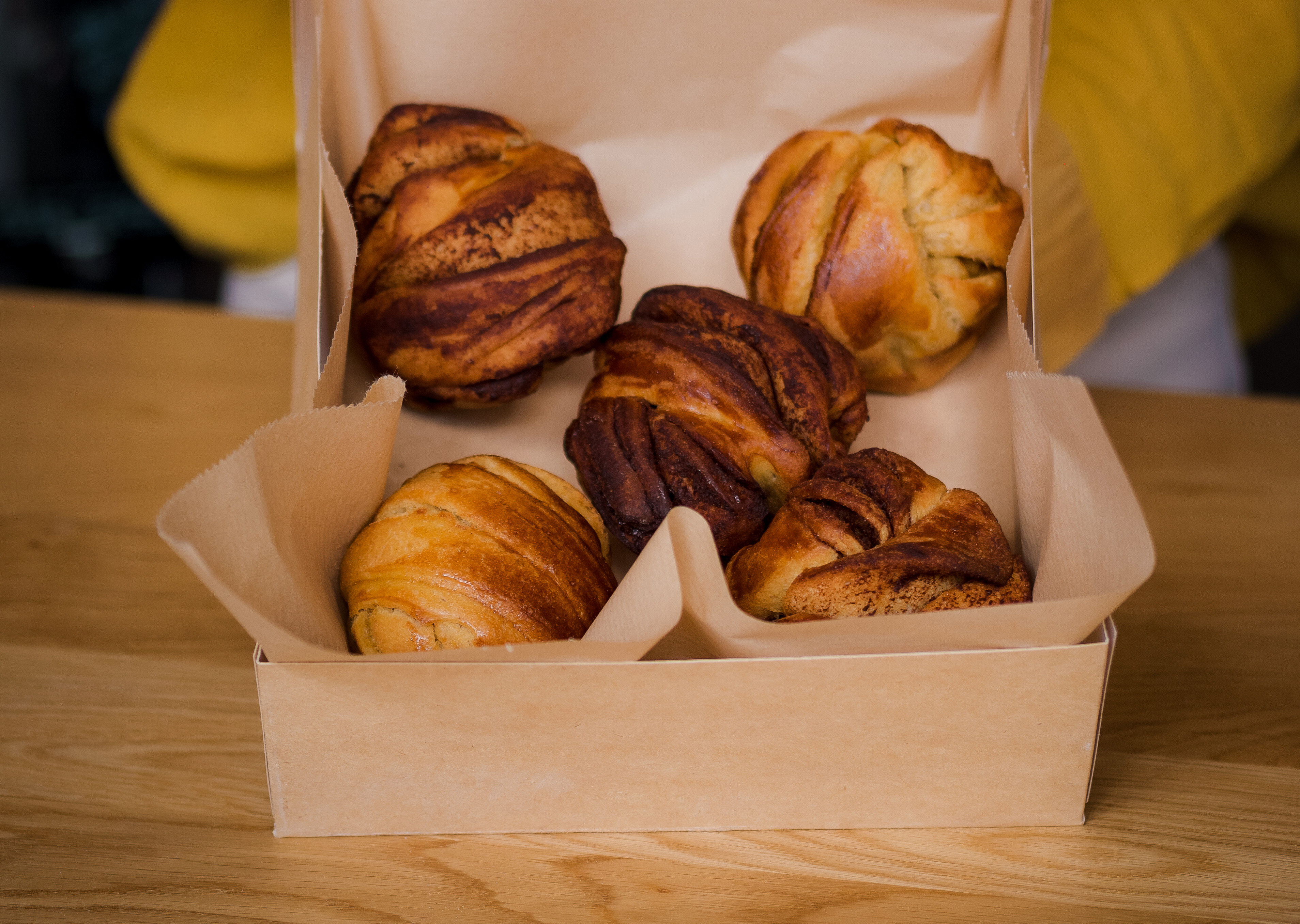 Baking up a festive treat with Zielinska

The end-of-year festivities are approaching, and because they’ll hopefully include a generous helping of meals with family and friends, Midnight Weekly will be sharing a number of recipes, from entrée to dessert, that should hopefully impress your loved ones over the coming weeks – not least because they’re all environmentally-friendly in one way or another.

Over the past few weeks, we’ve ticked off start, main, dessert and even cheese platter, and now it’s time to look ahead to Epiphany – when French people in particular celebrate by eating pancakes and brioche buns called couronnes des reines. In this latest instalment, we asked one of France’s finest bakeries to share a recipe for this very special occasion.

The bakery in question is Nice’s Zielinska. Its founder, Dominika Zielinska, has been serving up delicious baked goods for two years now, and it was recently honoured by the Guide du Fooding. But you won’t find any baguettes or croissants here. Instead, everything is made using ancient grains, has a lengthy fermentation process (with natural yeast) and is imbued with the sheer passion of Dominika, who rises each morning to create truly exceptional breads and brioches.

These ancient grains aren’t hybrids, like you’ll find in most mass-produced bread. Dominika instead uses natural grains like einkorn wheat, khorasan wheat, spelt and Poulard wheat to create breads that are rich in nutrients and good for the body. While you might not be able to make it down to soak up the sweet smells coming out of the oven of Zielinska in Vieux-Nice, Dominika and colleague Julien have shared this holiday-appropriate recipe which pays homage to the citrus fruits of the South of France (by stuffing them inside an exquisite Eastern European babka).

For the citrus garnish

Start by preparing the dough for the brioche, mixing all the ingredients together with a whisk. Leave to rise for two to three hours in a warm place before the yeast fermentation begins. Then, leave the dough in the fridge for at least 12 hours.

Next up, it’s time to prepare the garnish, which you can either do either while preparing the dough or the following day.

To start, beat the eggs with the sugar, while gradually mixing the flour in with the lemon juice. Place everything in a saucepan with the butter and cook on a low heat until you obtain a thick mixture.

Remove from the heat add the zest from half an orange, the kumquat cubes and Timut pepper, if you fancy adding a good kick to your concoction.

Once your dough has rested for a sufficient amount of time, remove from the fridge and start preparing your babka. First lay out the pastry, then cut it in two lengthwise, so you create two wide ribbons.

Spread the garnish over those ribbons, before rolling the dough and creating two long sausage-like shapes. Make notches in the sausages. Lace them together so they appear a little bit like a flower. Place in a round springform cake tin, and cook for 40 to 45 minutes at 170C.

Once out of the oven, sprinkle the babka with toasted, crushed pistachios. You’ve arrived in the South!

The ever-innovative Désirée was founded in Paris in 2017, under the aegis of Mathilde Bignon and Audrey Venant. Both very into their flowers, they opened a first, then a second, café-florist – so you can sip coffee surrounded by all manner of brilliant sights and smells.

Cheese making has become so industrialised that in many cases you can hardly taste authentic stuff these days. To remedy that, we asked the visionary team from Terroirs d’Avenir to help you curate the ultimate cheese platter (and one that isn’t too bad for the environment, either).