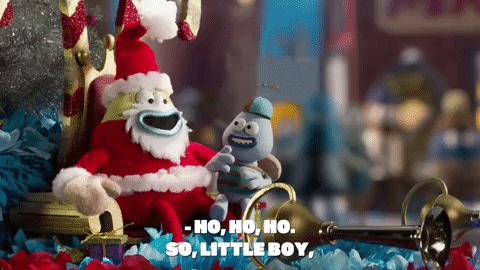 All aboard the Santa Claus Express

That iconic beard, the red suit, the smiley and equally red face, the sleigh with nine reindeer… everyone could recognise who Father Christmas is. So much so that even his secrets – how he ripped Saint Nicholas, his advertising links with Coca-Cola, the working conditions of his elves – are known to pretty much everyone. What’s less well known is that there’s a train – yes, an actual train – that allows travellers to visit his house in Finnish Lapland. Since the festive period is in full swing, that’s where we’re heading today. So roll up, climb aboard and, if you’re lucky, he may even be waiting for you with some presents.

First things first, it must be said that this is no ordinary tourist attraction. It’s a pretty conventional trains service that links Helsinki, which we’ve already visited in a previous newsletter, with Rovaniemi and Kemijärvi. The latter is in the Arctic Circles, right at the end of the line, but it’s the former that really concerns us today. Because Rovaniemi is the official home of Father Christmas. Well, inasmuch as a man who doesn’t exist (sorry, guys!) can have an official home. This small town of around 60,000 inhabitants has a huge toy factory complex where visitors are met by a gentle bearded Santa, who resides in a typically Finnish building, and are able to take home souvenir photos and buy traditional toys from sellers dressed as elves.

While this experience is probably best suited to kids, the train journey itself should provide enough entertainment for accompanying adults. First, there’s Helsinki station. With its gigantic statues, red granite walls, metal structures and famous bell tower, it would be worth a visit in itself, regardless of whether you were travelling further north. Then there’s two-storey train, which has Father Christmas painted on its side. As well as having lots of plugs and a good wifi network, travellers are also able to book bigger seats, single or double cabins, or luxury rooms with private showers (around 50 euros per person).  In a country where hotel rooms are pretty steep, that’s more than reasonable, though it should be noted that prices vary by season.

You can book compartments on board because the journey can take place either during the day or the night. We’d definitely recommend the latter: as we’ve said many times before, nothing beats the sensation of drifting off in a train before waking up hundreds of kilometres away, in another place, surrounded by an unfamiliar landscape. The other advantage of travelling by night is that the journey lasts more than half a day, and you might well get a bit bored or restless otherwise (especially if you’ve got kids in tow).

Because the journey is so long, the Santa Claus Express obviously has its own restaurant. And while the food is nowhere near as good as what you’ll find on board Japan’s Shinkansen, you can still pick up decent plates like meatballs, pasta or a caesar salad. One particularly Nordic touch, meanwhile, is the fact that you’re able to bring your bike on board. Sure, it’s far from being the only train in the world to offer such a service, but it does mean you can take your bike all the way to Santa’s house or beyond the Arctic Circle. You’d have to really like cycling to do it up there!

If you opt for the night service, definitely make sure not to sleep during the entire journey. Depending on which kind of ticket you go for, the journey will allow you to admire Finland’s varied majestic landscapes: its immense forests, beautiful lakes, villages full of wooden houses and the stunning coast of the Gulf of Bothnia. Of course, depending on the time of year, those landscapes may be covered in snow. But that shouldn’t affect your experience on board the train. Finland is just as beautiful in summer and winter. And what’s more, the train makes two stops which, if you choose the right service, should allow you to hop out and take some photos of the scenery. The first stop is the lakeside city of Tampere, and the second the ever-beautiful Oulu, built at the mouth of the river Oulujoki, which pours out into the Gulf of Bothnia. Finally, if you’re really, really lucky, you may even be able to see the aurora borealis from the train. What a Christmas present that would be.

It’s 3.30pm on June 9 1865 in the county of Kent. A train travels from Folkestone to London. On board was the writer Charles Dickens,