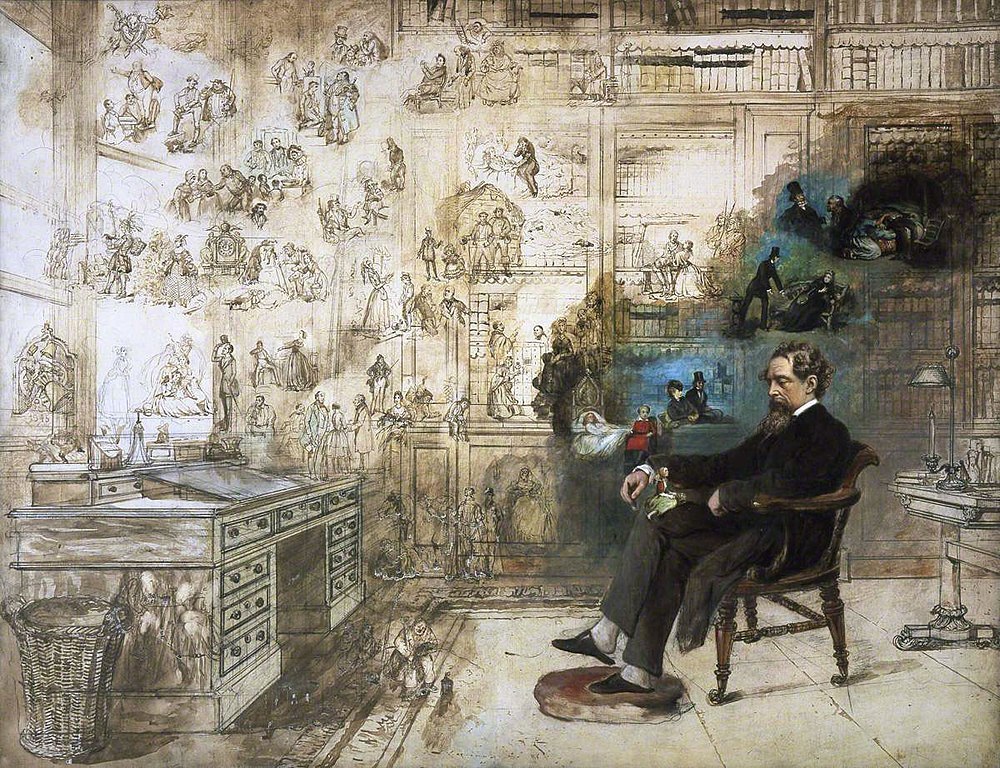 It’s 3.30pm on June 9 1865 in the county of Kent. A train travels from Folkestone to London. On board was the writer Charles Dickens, whose most famous works don’t need any introduction: Oliver Twist, The Adventures of Mr. Pickwick, David Copperfield, we could go on. He was with Ellen Ternan, an actress he was in a relationship with, and his mother, returning from holiday in France, when an accident took place. While the story might not show whether Dickens loved trains like Blaise Cendrars, Antoine de Saint-Exupéry or Agatha Christie did, one thing that’s certain is that this experience would stay with him for life.

It happened near the town Staplehurst, where the railway line passed over a viaduct. The bridge was undergoing renovation works, but according to various societies dedicated to the memory of Charles Dickens, the teams of workers forgot to inform the approaching trains. There was a 42-foot-long gap in the middle of the tracks. The train staff understood what was happening at the last minute, but it was too late to do anything.

Thanks to the speed of the service, the locomotive and some of the carriages managed to travel over the gap. But the central carriages and those towards the rear fell into the river that passed beneath the viaduct. This included all of the first-class carriages except one, where the writer and his travelling companions were seated. Instead, they were suspended over the gap.

Charles Dickens helped the two women out of the carriage. Ellen only suffered light injuries, and her mother was unharmed. The same goes for the author of Great Expectations. According to witnesses at the time, he helped the other passengers to escape this potentially fatal trap. He also managed to rescue his flask of alcohol and his top hat. He then apparently filled the latter with water to give to other passengers, as well as offering a drop of cognac to those who needed it most.

For three long hours, the author who hadn’t stopped writing about the plight of the poor and infirm went out of his way to look after those who hadn’t been as lucky as him, Ellen and her mother. It was only when the emergency services arrived on the scene and that proceeded with the evacuation of the 40 injured people (and ten dead) that Charles Dickens remembered that he had left something in the train. So he went back into the carriage suspended over the void and picked up a bunch of pages he had left in the pocket of his coat. It was the last instalment of Our Mutual Friend in English. At the time, many books were published in series, most often by newspapers, magazines and publishing houses.

While Charles Dickens assured his friends that he hadn’t been hurt with a phrase that has since passed to posterity (‘no personal injury whatsoever’), he said he had been profoundly affected by the accident. In a letter to Pauline Viardot, a French singer and composer, that his watch had been affected more than him during the derailment of the train. He said that it now showed a delay of several minutes. Catherine Water, of the English department at the University of Kent, described this turn of events as ‘particularly Dickensian’.

But that this story reminds us is that since the nineteenth century, the railway industry has transformed – especially when it comes to safety. Because while passenger trains are still occasionally derailed, this only happens very rarely now. But you know what is just as rare as those sorts of accidents? Writers who carry the only copy of their works with them while they travel. Because like the railways, literature hasn’t stopped modernising thanks to various bits of digital technology. Thank goodness, eh?

It all started on July 9 1918 in Nashville, the capital of the state of Tennessee.