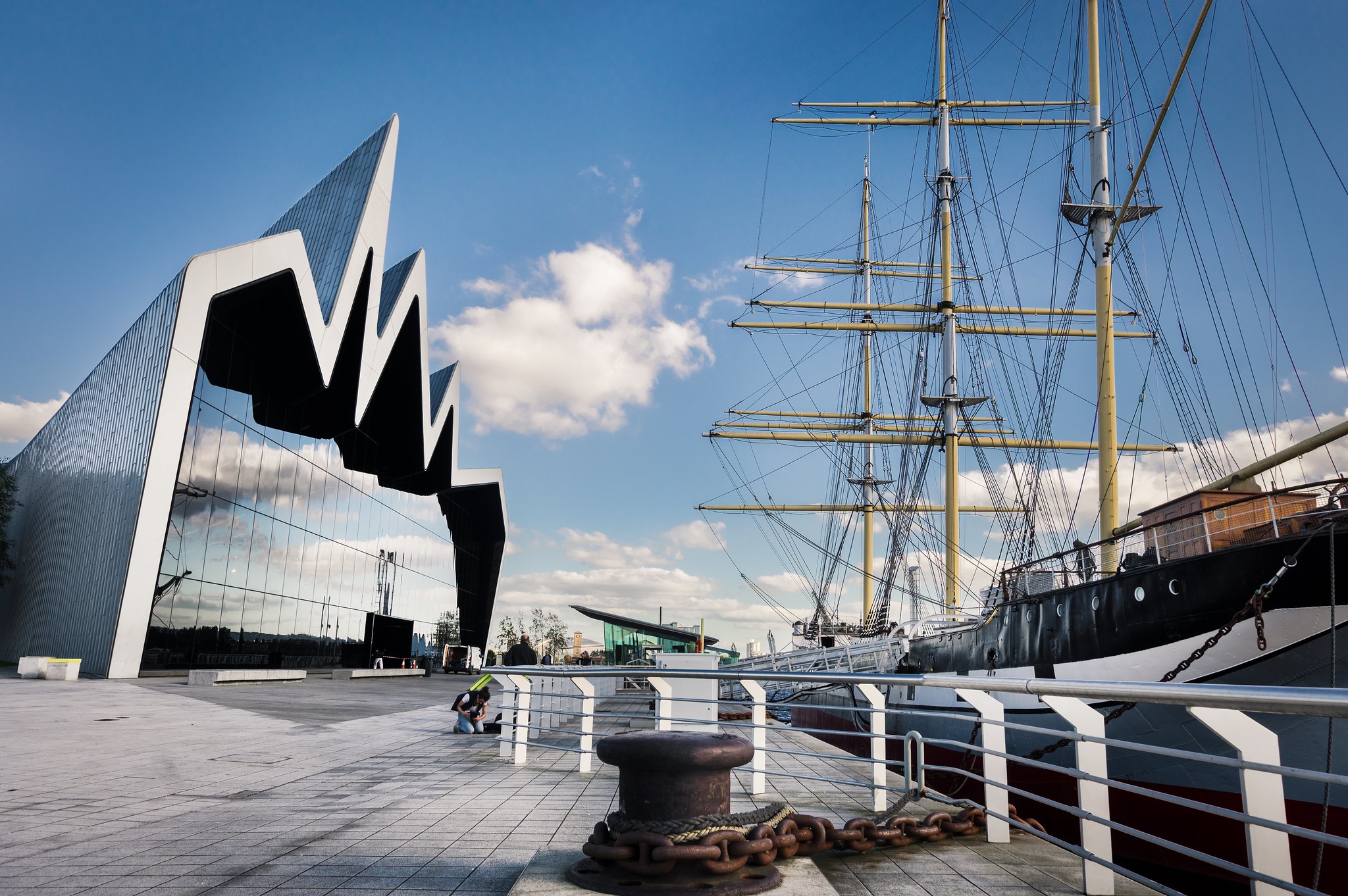 A two-minute stopover in Glasgow

There are all sorts of amazing destinations you could hit up in the UK, and the coverage of the British railway networks means you quite easily travel right the way across England, Wales and, in our case this week, Scotland. Over the past month, the city has been the focus of the world, playing host to the COP26 climate summit, and so we want to help you get to know it. Here goes.

In Victorian times, it was nicknamed the ‘the second city of the British empire’, but in reality was a rather grey and gloomy industrial city. Times have obviously changed and Glasgow has thrown off its industrial identity to become a whole lot more colourful and creative. Artists, musicians, chefs, architects and designers have flocked to the city, and day or night, there’s certainly no lack of amazing culture to take in.

Architecturally speaking, if there’s one name you need to remember it would be Charles Rennie Mackintosh, the man who was at the forefront of the Glasgow Style at the end of the nineteenth century. You’ll come across all manner of incredible buildings he left behind, including the Glasgow School of Art, which he considered his true masterpiece, and the Scotland Street School Museum and the Hunterian Art Gallery, which is none other than a reproduction of his own house. To find out a little more about the architect who changed the face of this city, head to the Lighthouse, a museum of design and the architecture, whose exhibits understandably pay lengthy tribute to Mackintosh.

Since its industrial heyday, Glasgow has kept reinventing itself, and one of the most impressive urban developments must be Clydeside. The Clyde is home to the dockyards that made the city’s name, the place where the Queen Mary herself was built. The landscape has changed significantly: all sorts of daring constructions compete for attention, like the Zaha Hadid’s Riverside Museum and Norman Foster’s Clyde Auditorium. This area is also home to the Clydeside Distillery, where you can learn all about whisky production while sampling a single malt scotch.

Next up, head over to the West End. This is the university quarter, all gothic architecture and green spaces, and it brims with edgy bars, design stores and restaurants to die for. Kelvingrove Park is definitely worth a good stroll, and you may as well pair it with a try to the Kelvingrove Art Gallery and Museum too. The works in this museum aren’t arranged by period, but rather by theme, which feels very refreshing. You’ll be able to see everything from Salvador Dalí’s sublime Christ of Saint John of the Cross to a number of works by Vincent van Gogh.

Now try the East End, where the resplendent Glasgow Cathedral looms large above the city. After you’ve had a little wander inside, head over to Glasgow Green, the city’s oldest green space (it dates back to the fifteenth century). The local cemetery also offers epic views over the city. One thing you’ll notice is that this city is filled with beautiful gardens: no wonder Glasgow was originally called Glaschu, which meant ‘green hollow’ in Gaelic.

We were saying Glasgow is a pretty creative city, and that applies to the food too. You could opt for the excellent local cuisine at The Bothy or Café Gandolfi, where you’ll no doubt want to try everything and especially the haggis, which is THE Scottish speciality. In a whole other vein, the slightly more upmarket Stravaigin is one of our favourite restaurants in town, and those who like their seafood will be pretty happy at The Crabshakk. One more great place, especially at breakfast or ‘tea time’, is Hidden Lane Tea Room, whose vintage furnishings perfectly match the sugary delights on the menu.

You’ll also want to check out the nightlife. Start off with a glass of something from Tabac, with its French-style tobacconist’s sign, whose cocktail menu will delight even the most discerning of palates. And then, when the time comes to dance, you’ll be pretty well catered for: Glasgow is the place that gave us Texas, Franz Ferdinand and Belle Sebastian, after all. So go see something at the Old Fruitmarket, a concert hall which plays host to groups of all kinds. You could then wind up at one of the city’s most legendary clubs, the Sub Club, whose international reputation is well deserved.

Glasgow will give you a taste for the Scottish way of life, which is great, because from here you can quite easily get out and explore the Highlands or the picturesque array of islands scattered along the west coast of the country.