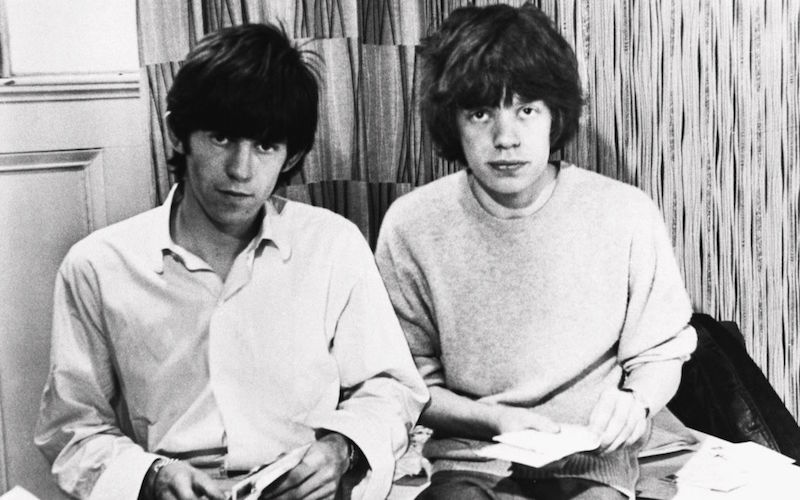 This week’s first story starts around 25km from central London. Welcome to Dartford, a town of 80,000 inhabitants, nestled in the Kent countryside. Like many towns of its size, Dartford has a river, a church, a main park and industrial areas. Oh, and a train station, where services have been running to and from since 1849. It was also the place where one particular meeting around 60 years ago was to alter the course of world music history.

October 17 1961. Among travellers passing through are two young, handsome guys who run into each on platform 2. They’re 18 years old, their whole lives ahead of them. The first goes by the name Michael Philip Jagger, the second Keith Richards. And it’s the latter who told the story of their meeting best, in a letter to his aunt a few months later.

‘You know I was keen on Chuck Berry and I thought I was the only fan for miles but one mornin' on Dartford Stn. (that's so I don't have to write a long word like station) I was holding one of Chuck's records when a guy I knew at primary school 7-11 yrs y'know came up to me.

‘He's got every record Chuck Berry ever made and all his mates have too, they are all rhythm and blues fans, real R&B I mean (not this Dinah Shore, Brook Benton crap) Jimmy Reed, Muddy Water, Chuck, Howlin’ Wolf, John Lee Hooker, all the Chicago bluesmen real lowdown stuff, marvellous. Bo Diddley he’s another great. Anyway the guy on the station, he’s called Mick Jagger.’

The two guys get talking, having recognised each other. It turned out they’d had very similar upbringings and acquired pretty much the same interests, too. Jagger and Richards were born the same year, at the same Livingston Hospital in Dartford, on July 26 and December 18 respectively. They grew up in the same neighbourhood, just a few blocks from each other, and attended the same primary school, Wentworth.

They’d recognised each other, but it took bumping into each other on a train platform for them to come to appreciate and discover their common interests. They were to spend a lot more time together. Mick introduced Keith to his friends. For the latter, a whole new world had been opened up to him. Here’s how he described it in another letter to his aunt.

‘Of course they're all rolling in money and in massive detached houses, crazy, one's even got a butler. I went round there with Mick (in the car of course Mick’s not mine of course) OH BOY ENGLISH IS IMPOSSIBLE.

‘’Can I get you anything, sir?" "Vodka and lime, please" "Certainly, sir" I really felt like a lord, nearly asked for my coronet when I left.

Less than a year after they met at the station, the Rolling Stones had formed. They’d been joined by Brian Jones, who came up with the idea of naming the group after a Muddy Waters song (who Keith you may remember mentioning in that letter to his aunt).

So, what remains of the Rolling stones in their hometown today? Unlike the Beatles and Liverpool, the town has played it pretty cool, which is what the Stones actually wanted. The only obviou hint was for a long time the Mick Jagger Centre, a cultural centre located within the singer’s former school, where he still finances the Red Rooster Programme, a musical education project that helps young children in the town: each year, 450 pupils learn how to play an instrument there for an affordable fee.

More recently, Dartford has started to shout a little louder about its major role in the development of rock ’n’ roll. The town started by naming 13 of its streets after Rolling Stones songs: you can now wander along Stones Avenue, Satisfaction Street, Angie Mews and Ruby Tuesday Drive. The station also has a plaque on Platform 2, which is where diehard fans often start their Dartford pilgrimage. So many people make the trip, in fact, that one of the most recent owners of the house where Mick Jagger grew up ended up having to sell because he couldn’t bear the numbers ringing his doorbell. Some had even tried to take away pieces of the exterior wall as a souvenir.

So, leave all that excessive idolatry for other people and scroll down for our song of the week: another on-theme Stones track that we couldn’t overlook.