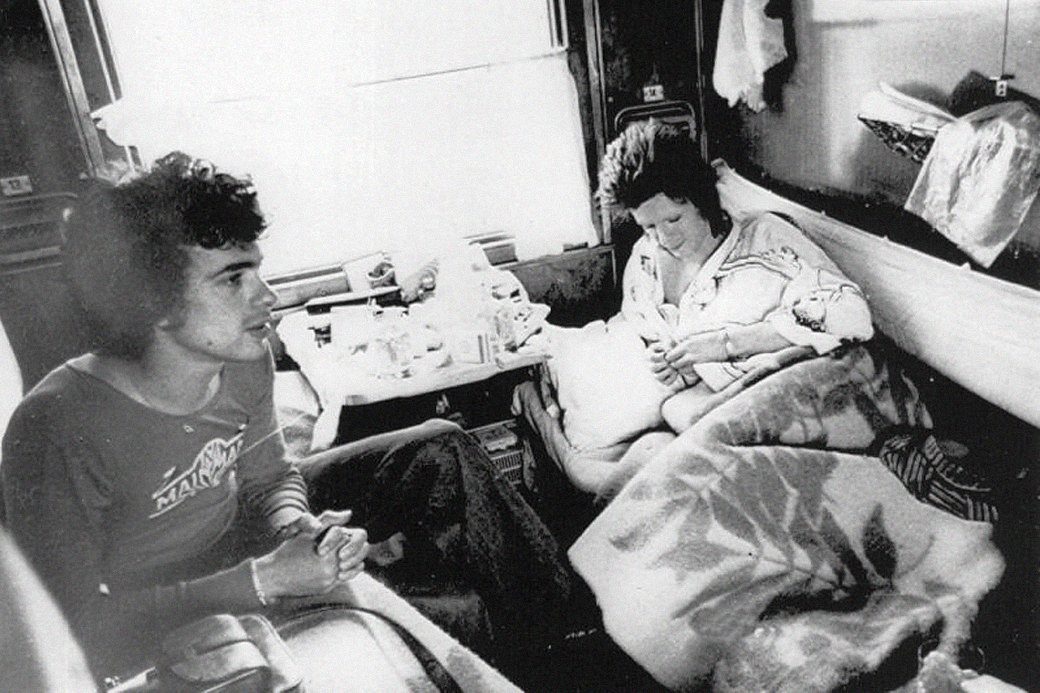 But this week on Midnight Weekly, we’ll be focusing less on his achievements (which unsurprisingly are often the focus during public outpourings of grief), and instead on one of the darkest periods of the British singer’s life. And we’ll say it straight up: it wouldn’t be all that misguided to say that the train helped put him on the track to enduring success.

In the middle of the 1970s, David Bowie wasn’t well at all. His abuse of cocaine had made him a shadow of his former self. At this time, he lived in Los Angeles and was sliding down a spiral of paranoia and depression. But it was also when he wrote Station to Station, a record that was to prove a turning point in his career. No doubt because he was at such a low, he created a double for himself that would become his persona and spokesperson on his tenth album – The Thin White Duke, inspired by the alien he had played in the film The Man Who Fell to Earth.

And it was on board a train that this character first starts singing, on the album’s first track (also called Station to Station). This is a long, ten-minute song that offers some insight into the psychological state Bowie had found himself in. It kicks off with the sound of a train setting off, before a melody comes sweeping in gradually but methodically, a bit like a man who gets back up having just been knocked down. Step by step, the tempo entrenches itself, things get livelier, more joyful, more fun.

This melody was the soundtrack of a re-energised, phoenix-like David Bowie taking the train, moving onward to pastures new. It was as if he had just awoken from a slumber, and in another magical expression of his genius, simply managed to dream up these chords that would put to music this metaphor for the train of life; a train stopping at stations that aren’t necessarily close but linked tortuously, on a particularly circuitous line.

David Bowie knew what he was talking about. At this time, planes were beginning to rival trains, but the singer liked to take the train wherever possible. Take an occasion in April 1973, when David Bowie had just concluded the Japanese leg of his Ziggy Stardust tour and met up with childhood friend Geoff MacCormack – to travel back to Europe together, without taking a single flight.

From Yokohama, the two pals took the boat to Vladivostok, where they hopped on the Trans-Siberian to Moscow. Crossing the Russian steppes made a huge impression on him: ‘I could never have imagined such expanses of unspoilt, natural country without actually seeing it myself, it was like a glimpse into another age, another world, and it made a very strong impression on me. It was strange to be sitting in a train, which is the product of technology – the invention of mankind, and travelling through land so untouched and unspoiled by man and his invention.’

Along with that quotation, there remain a vast array of photos, exquisitely dream-like, that feel almost like a comms campaign for a sleeper-train company. And then there was that timeless track, which his Trans-Siberian journey no doubt inspired greatly.

He would later say that he couldn’t even remember the recording sessions for the album because he was so ill. But the songs themselves have proven unforgettable for millions worldwide. And now you know basically everything about the genesis of this song, head over to the Midnight Trains playlist to check it out.