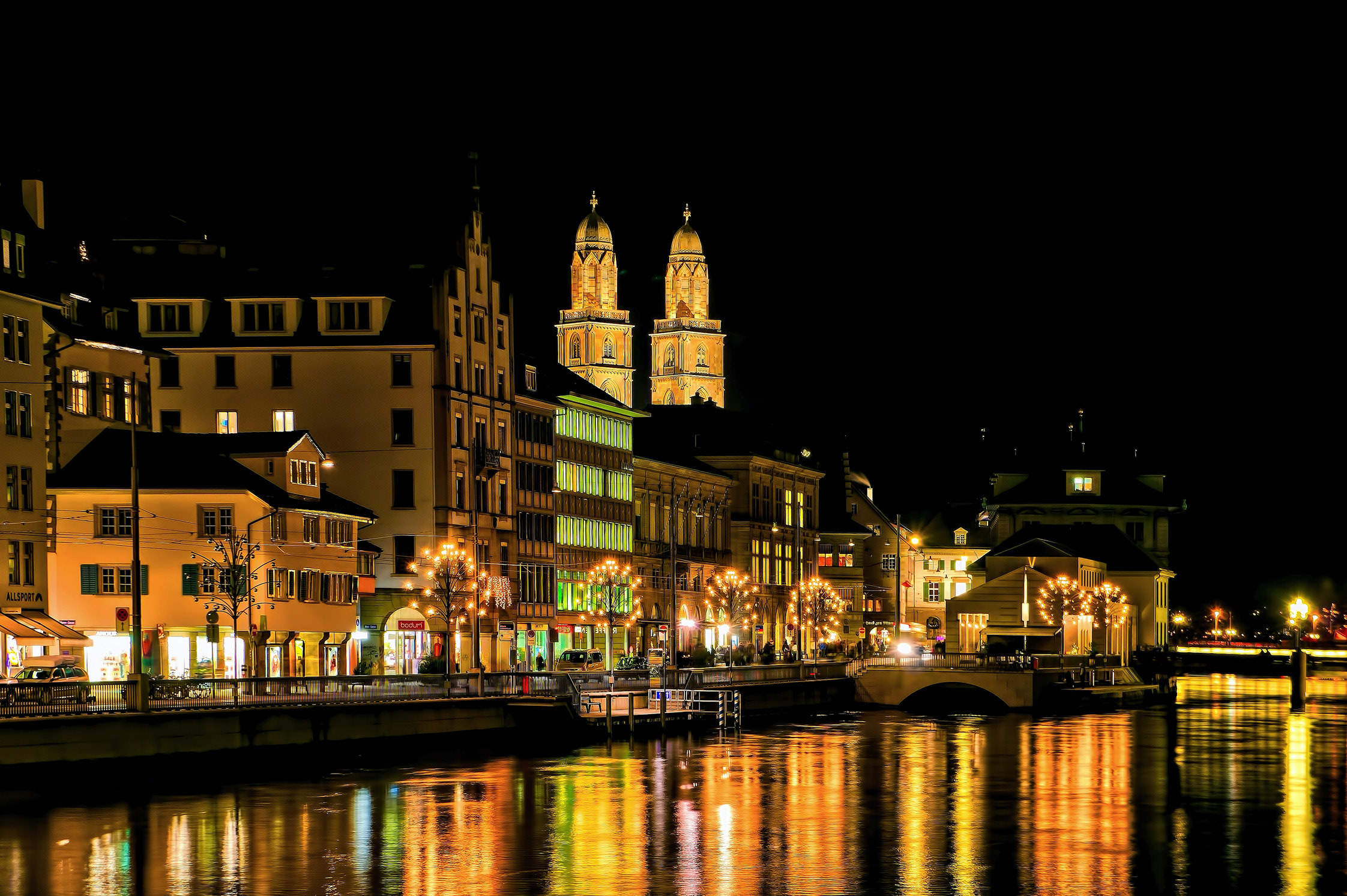 No, it’s not all banks and insurance firms

For this city guide, we’ll be sticking in Switzerland, and heading to Zurich. The biggest city in the country (with more than 420,000 inhabitants) and a global financial centre, the city is far more than just a collection of big banks and insurance companies. In fact, the city is filled with cultural surprises and spectacular works of art. To make the most of this sprawling city, though, you’ve got to head a little off piste, and we’re here to help you do just that. Of course, that shouldn’t prevent you from stuffing your face with chocolate and cheese, if you so wish. You’re in Switzerland, after all, and those are two of the things this country does best.

For proof that Zurich is far from boring, head straight to Rote Fabrik (literally, the red factory). Most likely named after the bricks with which it was built, this former silk factory on the banks of Lake Zurich has been drawing creative types for decades now. When the local authorities planned to destroy it in 1972, several huge protests took place and the council gave into their demands. These days it’s a multidisciplinary arts centre that hosts exhibitions, theatre, performances and conferences. Just the sort of place, in other words, where you’ll be able to unearth the true soul of Zurich, its industrial heritage and its thriving arts scene.

There are plenty of other sights worth seeing in the area. Start with the Freitag Tower, which is the result of 19 containers being piled up on top of each other. This 26-metre-high structure offers spectacular views over the city and holds what is probably the largest collection of recycled bags in the world. After that, head over to the other side of the lake, roughly opposite the Rote Fabrik. Here you’ll find Eurêka, a kinetic sculpture by Jean Tinguely. It’s a perfectly useless machine – and no doubt some sort of wry comment on industrial society. If you’ve still got a bit of time before lunch, stop off at MFO Park, a garden that really is like no other you’ve ever seen.

Now for some lunch, and we’d try Oepfelchammer, the city’s oldest wine bar. This veritable Zurich institution has a very simple modus operandi: it serves traditional local dishes, even those that may have fallen by the wayside somewhat, with a very subtle modern twist. So you’ll find dishes like roast veal with mushrooms, poached catfish or mushroom risotto – all worth checking out. Or, if you’re feeling brave enough, you could try the famous ‘beam’ challenge. We’ll let you discover for yourselves what exactly that is.

Time to walk some of that off, and where better than the Moulagenmuseum. Just as astonishing as the museum of all things kitsch in Bucharest or Malmö’s museum of disgusting foods. Here visitors can discover moulds of human bodies inflicted by viruses. Created using top-of-the-range 3D technology, they look so realistic they are disturbing. The moulds have, in fact, been used to teach Zurich’s medical students. It may be a little gruesome, but this is an experience you won’t want to miss.

Next up is a place that is almost as famous as the artistic movement that was born there. Founded in 1916 by the poet Hugo Bell and the artist Emmy Hennings, the Cabaret Voltaire quickly became a hangout for local artists and intellectuals as well as refugees because of Switzerland’s neutrality during World War I. Back then, you would have run into Tristan Tzara, Jean Arp and even Lenin, who lived in the same street. And that artistic movement we mentioned? This is the place Dada was born. The cabaret only lasted a short while, and ended up being abandoned (except when it was occupied by squatting neo-Dadaists). In 2004 it was transformed into a café and bookshop, which is well worth whiling away an afternoon in. Come back at night, and you may also be able to check out an edgy performance or two.

Round off your day in Zurich at the Maison Manesse. This Michelin-star restaurant serves up simple, delicate, succulent dishes that are as easy on the eye as they are on the palate. What’s more, the staff are friendly and really do live up to the establishment’s motto: ‘love on your plate and in your glass’. It’s a philosophy that translates into a surprising menu that will suit vegans, vegetarians and carnivores alike. You’re guaranteed to go away happy (and very satisfied indeed).

Geneva regularly appears in top tens of the best places to live in the world, and even though the health crisis may have caused rankings like this to change somewhat over the past couple of years, the charms of this Swiss city remain clear for all to see. Let’s take a closer look.