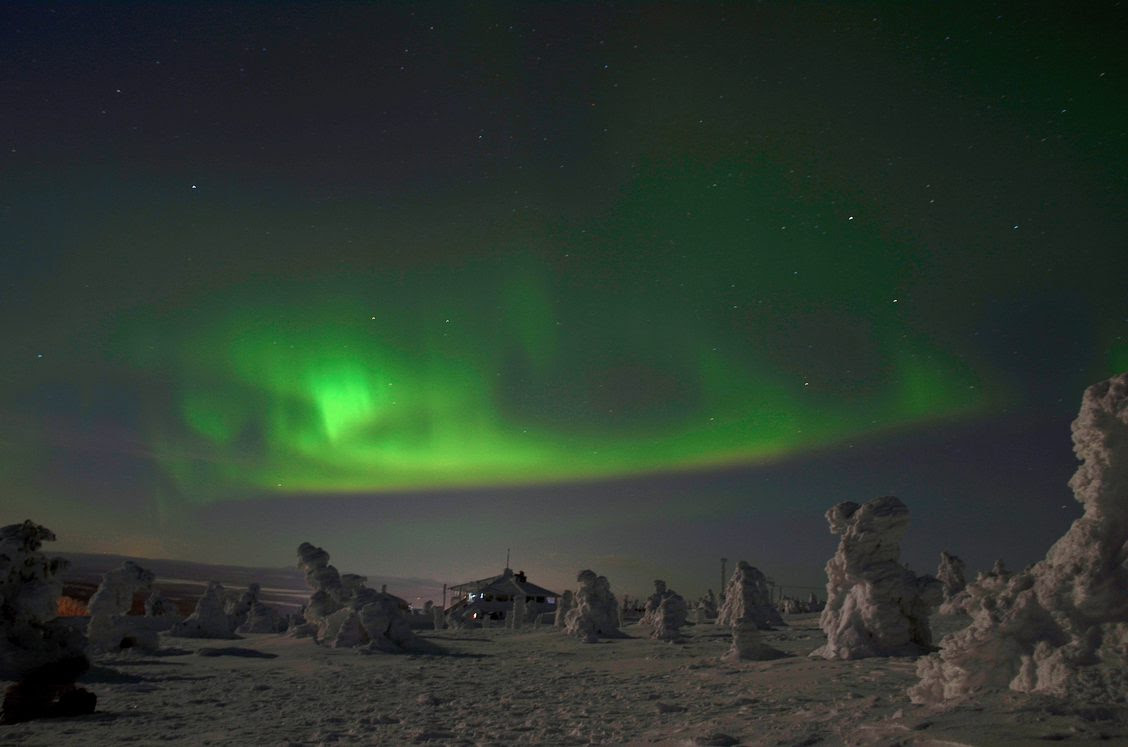 Having already visited Finnish Lapland courtesy of the Santa Claus Express, now we’re heading off to the Swedish part of Europe’s most northern region. You could visit it in summer, but it’s certainly at its most magical in winter, and so that’s the season we’ll be focusing on today. Having already stopped off in beautiful Vilnius, little-known Ankara and colourful Toulouse, let’s head into the Arctic Circle to discover a stunning part of the world that very few have had the privilege of visiting. Make sure to wrap up warm and definitely remember to pack a camera – we’re about to see something truly magical.

After a pretty night-train ride through Sweden, get off at Kiruna. Around 145 kilometres north of the Arctic Circle, this mining town of around 18,000 residents is truly extraordinary. Founded after the discovery of iron deposits, the town still revolves around this historic industry today. Perhaps the most astonishing thing about the place is that because the miners keep having to dig beneath their own homes, Kiruna risks collapsing. And so the town keeps having to be moved. What’s more, you can actually visit the mine, whose unique lighting makes it look like a giant ship sailing through the night. If you dare, you walk through the corridors of rock that men have trekked through and extracted tons of iron for more than a century. It really is an experience like no other.

Now let’s move even further north, to Abisko, home to all sorts of majestic creatures, including the willow ptarmigan and the Arctic fox. But the thing you really want to seek out in this part of the world is the aurora borealis. Everyone has their own tactics. You could simply look out your warm chalet window, or you head out in a 4x4 and try see it somewhere in the middle of nowhere. The hardiest of all could take a cable car up a nearby mountain to catch sight of it up there. You’ve got to be ready for disappointment: the aurora isn’t always there, and sometimes it’s a less flashy show than you might expect. But so magical is the experience that it might be worth trying a couple of nights on the trot.

For obvious reasons, the region doesn’t have loads of ultra-fancy restaurants. However, in Abisko you’ll find a very lovely place called Brasserie FjällKöket. This is no typical French brasserie, but is a rather cosy place to spend an evening (just what you need in a region whose climate is so extreme). As for the food, you’ll find lots of typical Lapp dishes, like elk tartare, smoked reindeer and arctic char. Again, an experience like no other.

Now head back to the Kiruna area to visit Nutti Sámi Siida, a museum dedicated to Sámi culture. For those who don’t know, the Sámi are among the last native peoples of Europe, and their territory covers the north of Sweden, Norway and Finland, as well as a part of the Russian peninsula of Kola. These nomadic people would follow the migration of reindeer to raise and eat them. There are few better ways to learn all about this and how their culture is threatened by climate change than a visit to this small but excellent museum.

Another curiosity in the area is the Ice Hotel, a version of the famous ice hotel that was immortalised in James Bond film Die Another Day in 2022. The one in the Lapp village of Jukkasjärvi is very much a reality: you can walk its corridors and visit rooms filled with truly amazing ice sculptures. Even better, you can actually stay the night there, or pick up a glass of something icy at the hotel bar. The most astonishing thing about the place is knowing that the structure in which you find yourself will melt in spring, only to be rebuilt in a slightly different layout the following winter. And the same the following year.

Stick around at the Ice Hotel for dinner, as the Ice Hotel Restaurant is pretty decent too. Its Ice Menu (see what they did there!) is made up of an amuse-bouche and four small plates as good as stuff you’d get in a starred establishment. Everything is filled with traditional Lapp flavours and served in vessels made entirely out of ice. The same goes for the wine, which is picked out by the restaurant’s expert sommeliers. Eat it all. And drink it all. What an unforgettable way to crown a day in such an unforgettable place.

Sweden’s third city (by population), this city in the south of the country is among the continent’s most diverse places, with 30 percent of its inhabitants born abroad.

As soon as you arrive, you’ll be blown away: the entrance to the Art Nouveau station is ringed by four giant sculptures: the Lyhdynkantajat, by artist Emil Wikström, which give the rail station a look that’s equal parts solemn and sublime.