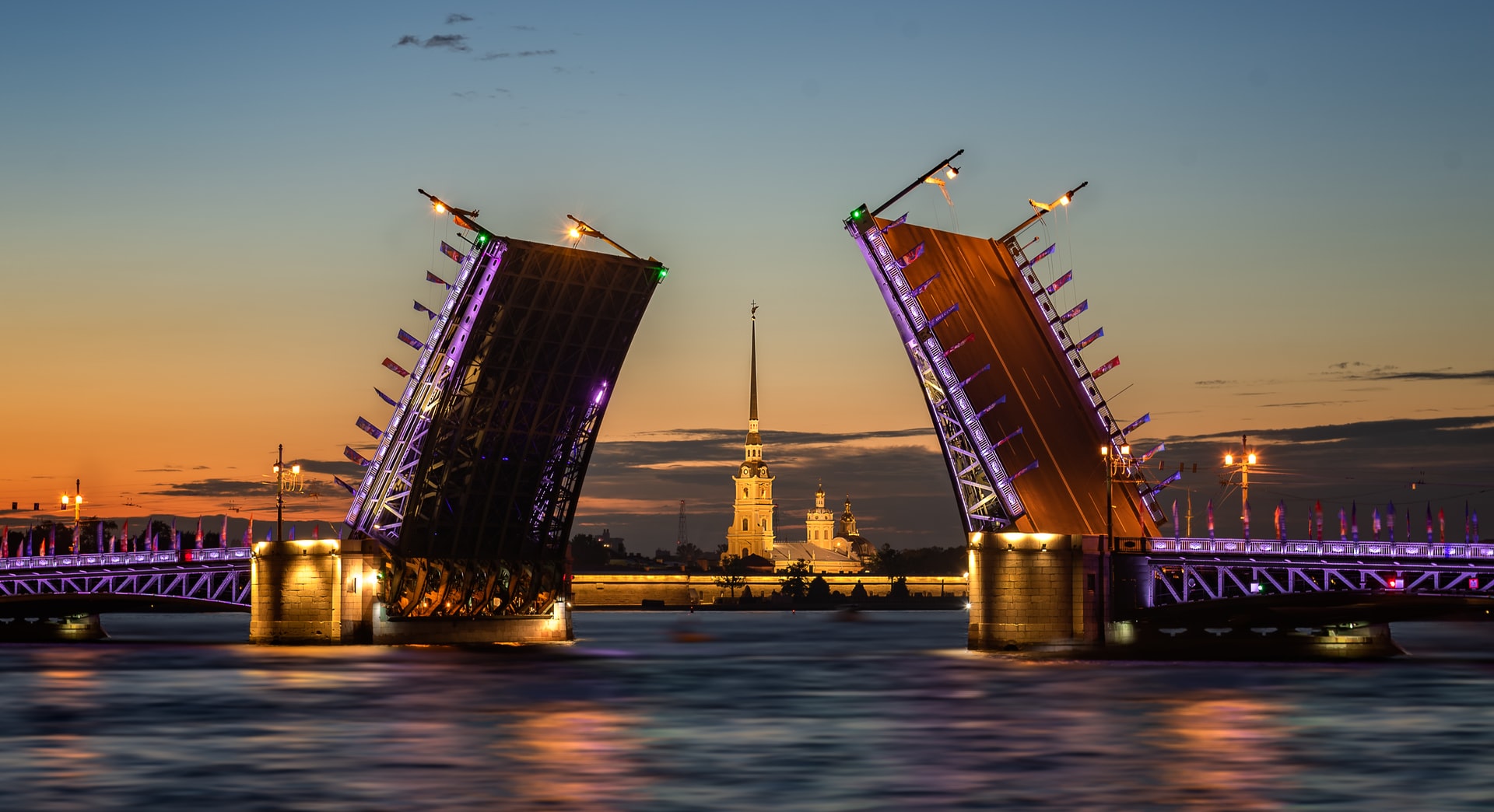 This week, we’re heading right to the very edge of Europe, and to be specific, to Saint Petersburg, the city that was the Tsars’ capital for nearly two centuries. Founded essentially from scratch by Peter the Great in 1703, this city is actually only 400km from Helsinki – something that’s often forgotten. So if you want to pop over one day and admire this rather grandiose city, here are a few recommendations.

Let’s start from the to and head to the city’s founding epicentre, to the Peter and Paul Fortress that Peter the Great had built in wood and earth. A number of buildings will vie for your attention here, and if you only had to visit one, we’d go for the Saints Peter and Paul Cathedral, whose European style contrasts with the rest of the city’s architecture. Next continue your trip through Saint Petersburg’s history by heading to the banks of the Neva, where you can climb aboard the Aurora cruiser, famous for having fired the first cannon shot that launched the October Revolution in 1917.

Next up, head to one of the canals that has helped lend the city the nickname ‘Venice of the North’ (like so many others) and take a ride on a smaller craft. This will allow you to get to know the luxurious architecture of this city which was designed to showcase the power of the Russian Empire. Once back on dry land, head over to Vasilievsky Island, where Peter the Great wanted to build a ‘new Amsterdam’ to rival New York. Today you’ll find both eighteenth-century baroque buildings and neoclassical constructions, most of which sprung up during the nineteenth century.

That’s probably enough water-based fun for now, so next head to another iconic spot: the Church of the Saviour on Spilled Blood. This place owes its slightly macabre name to the fact that it was built on the spot where Alexandre II was assassinated. Its design may remind you of the mythical St Basil’s in Moscow, and that would be because this one was very much inspired by the rather colourful neo-Muscovite style. Take your time here: the interior is just as majestic as its façades.

When in Saint Petersburg, you should also make it to the world’s largest museum. The Hermitage Museum, which is located in the elegant Winter Palace, has no less than three million objects, even if you’ll only be able to take in 60,000 of them (though, admittedly, even that would probably take weeks). Catherine II herself was responsible for a number of the museum’s acquisitions, sending her emissaries out to every major European city to bring back its finest objets d’art.

After all that exploring, you’ll no doubt want to take a little break, and we recommend the Literarurnoye Café, once the haunt of the city’s artistic types (not least Dostoyevsky and Pushkin, who pulled up a stool here one final time before dying in a duel). If you want to head somewhere a little less old school and more art nouveau, we recommend Elisséïev. Open since 1903, this remarkable store sells teas, pastries, cheese, charcuterie and even caviar: ideal for a quick lunch or even as presents to take home with you.

As the day comes to a close, you’ve got two amazing options. If you want to warm up a little (which you no doubt will) head to a bania, the Russian spin on the sauna: the Yamskie baths are among the city’s most popular, while the Degtyarnye offer a more luxurious version. And if that’s not your kind of thing? Head to the mythical Mariinski theatre where the best theatre and ballet companies put on unforgettable shows throughout the year.