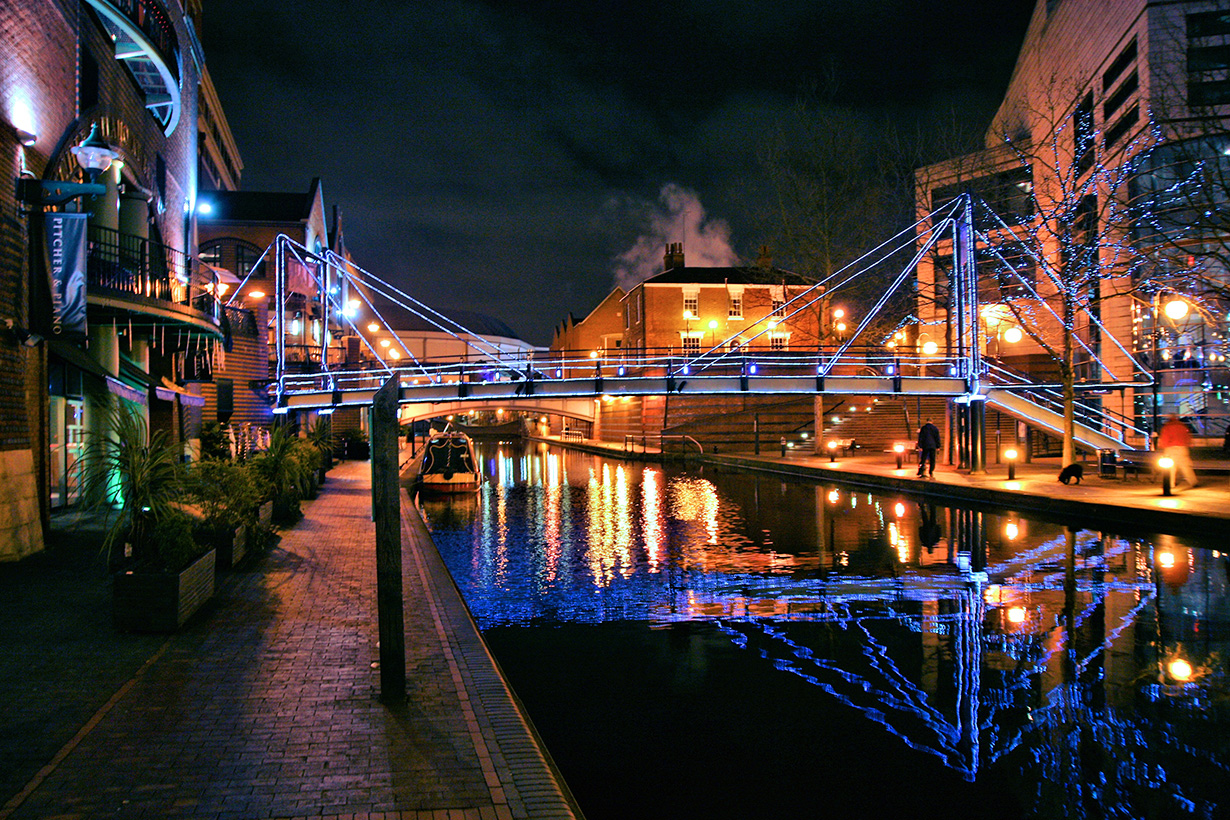 We’ve decided to stick around in England with a quick stopover in Birmingham. Very different from our previous stops in these guides – Salamanca, Zurich and Bordeaux – this West Midlands city is full of surprises. Nicknamed the ‘City of a Thousand Trades’ and the ‘Workshop of the World’ because of its importance during the Industrial Revolution, today it’s a pretty original destination for a weekend break as a family, couple or with friends. So let’s get out there and explore this unusual place which brims with spectacular buildings and cultural jewels.

Start your trip by mooching around the Bull Ring. This age-old marketplace dates back to the Middle Ages and is today home to a huge shopping centre whose contemporary architecture is very pleasing on the eye. Around it you’ll find alleyways filled with small vintage shops and concept stores. In a very different vein, those who are into their old buildings should check out the church St. Martin in the Bull Ring: a remarkable building whose layered, constantly reworked architecture sums up the history of this remarkable, diverse city.

Next head to Birmingham Library. This spectacular ten-storey building isn’t just home to books. Its various spaces also host literary and artistic performances of all stripes. Whether you come at the right time to check out one of those or not, take the time to seek out the garden hidden at the top of the library. It’s the ideal spot to take in views across the entire city, including over the Birmingham Repertory Theatre and Symphony Hall, two other stalwarts of the city’s cultural core.

So you’ve probably worked up an appetite, and so we’d recommend trying a classic Birmingham fish: the balti, a curry cooked and served in a very thin metallic bowl. Probably imported by sailors from Pakistan, its name and ingredients emerged in their current form in the 1970s in the area known as The Balti Triangle where an array of Balti Houses serve up their own take on the dish. If you had to go to just one, we’d suggest Jilabi. Why? The curries are probably the most delicious in the area, and they look as good as they taste too.

There are two unusual sights you should definitely make time to see next. The first is Warstone Lane Cemetery Catacombs is probably one of the oddest graveyards you’ve ever seen. Laid out in a semicircle, and spread out over several levels, these catacombs look somewhat like a Roman amphitheatre. And there’s something paradoxically relaxing about the place. For something very different, you should definitely check out the abandoned station of Curzon Street. This neoclassical building dates back to 1838, and was intended to blow away visitors arriving in Birmingham for the first time. Closed in 1966, it later served as the home of an experimental theatre group and then as a warehouse. Today it serves no purpose exactly but still draws loads and loads of train aficionados.

Now head out of town and explore Moseley Bog and Joy’s Wood Local Nature Reserve. Full of rich flora and fauna, these wildlife spots are considered one of the principal inspirations of J.R.R. Tolkien, who described it in an interview with a journalist as a real paradise lost. It was these thoroughly British landscapes that inspired the Shire: the village home to the hobbits Frodo, Bilbo, Sam and all the rest. Walk through these bogs and woodlands, and it almosts feel like you can see inside the mind of one of the twentieth century’s great writers.

As anyone who’s read The Lord of the Rings will know, Tolkien’s characters sure like to eat. Pay homage to them with a trip to Simpsons. Located inside a splendid Georgian house, this Michelin-star restaurant specialises in Scandinavian-Nordic cuisine. It goes without saying that everything that’s served here looks rather delightful. But behind the classical facade you’ll find food that’s refreshingly modern. The flavours are bold and punchy, and not at all what you might expect when looking at the food. After all, the restaurant’s self-proclaimed credo is that the ‘past and future should combine to bring perfection’ to diners’ plates. We couldn’t have put it better.

A huge inspiration for the settlement of King’s Landing in the series Game of Thrones, the Croatian city ranks among Europe’s most beautiful cities.

High-speed travel in the UK

The lack of existing lines makes it very easy to tell the story of high-speed train travel in the UK.