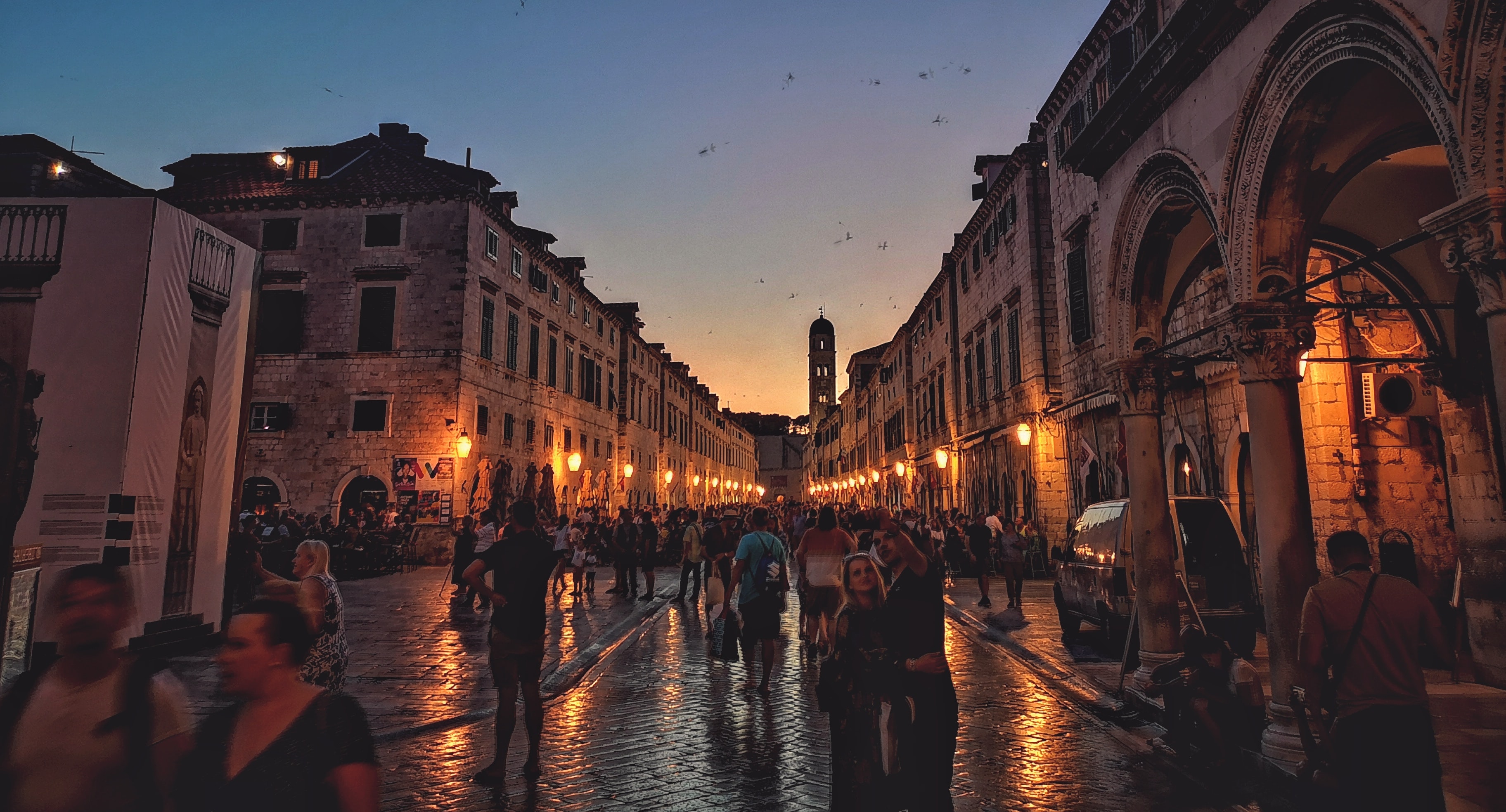 Take a breather by the Adriatic

After fabulous Frankfurt and sunny Seville, Midnight Weekly is heading off to Dubrovnik. A huge inspiration for the settlement of King’s Landing in the series Game of Thrones, the Croatian city ranks among Europe’s most beautiful cities. Its unparalleled architecture, peaceful atmosphere and splendid islands make it a pretty popular destination in summer, and for good reason. So pack some light summer clothing, slip on some comfy shoes and hit up the ever-stunning Adriatic coast.

Any trip to Dubrovnik has to start on the ramparts of the old city. Built in the tenth century and modified a little later, they encircle pretty much all of the old town and are a very rare, intact example of this sort of structure. Above all else, they offer exceptional views over all the city centre and the Dalmatian coast. Next, climb down and explore the charming alleyways surrounding the city walls, filled with charming boutiques and traditional restaurants. Here you’ll also have the opportunity to walk down the Stradun, the city’s main axis, which is a good spot to do some souvenir shopping.

If you’re feeling peckish, we recommend popping along to Zoé for a truly delicious lunch. Shaded from the sun by a load of pretty trees, the restaurant serves up fresh, locally caught fish and seafood. The atmosphere is so chill you could easily spend the afternoon here. But while that may sound tempting, there’s plenty else for you to do.

Now head out to sea and visit one of several beautiful islands near Dubrovnik, perhaps our favourite, Lokrum. You can get there by either ferry or kayak. The first is preferable if you want to relax a bit; the latter a good opportunity to explore several caves which aren’t accessible otherwise. However you choose to get there, an island covered in ancient trees and idyllic swimming holes awaits.

After you’ve got your fill of nature, you should head back to Dubrovnik to visit War Photo Limited. This pretty unique museum boasts an exceptional selection of photographs linked with war, focusing on the conflicts that have beset this region over the years. The subject might seem a little dry, but this place really is unmissable for anyone interested in photography. Be warned: it’s all pretty moving.

As evening approaches, we suggest grabbing an aperitif at Buza. Also known as the ‘cliff bar’, this one-of-a-kind hangout is perched above the sea just beyond the city’s southern wall. The view is breathtaking, and especially so at sunset.

Round off your Croatian sojourn on the terrace of Nautika for dinner with yet more epic views. This super-stylish establishment, run by Mario Bunda, serves up elegant plate after elegant plate, based on produce fished directly from the Adriatic. Our top tip? Try the Dalmatian lobster, which very much rivals its Atlantic cousins. Definitely make sure to pick out something nice from the wine list, too.

When people mention Pisa, you probably immediately think of the famous leaning tower. But we reckon you should kick off your trip by meandering along Via Santa Maria, the city’s main street...