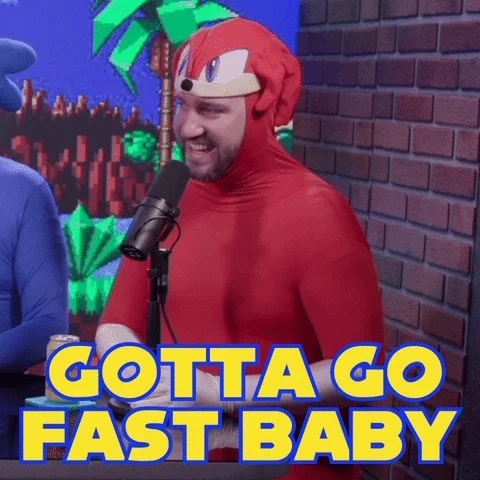 High-speed travel in the UK

Falling in and out of love

As those who read Midnight Weekly regularly will know by now, the UK has often been a pioneer of rail travel whether it be traditional trains or underground lines. However, there exists a paradox at the heart of all this: there are practically no high-speed lines in the country at all. And when it tries to launch one, often it is to no avail. Today, we’ve decided to explore this unusual state of affairs, which when seen from afar, doesn’t make that much sense at all.

The lack of existing lines makes it very easy to tell the story of high-speed train travel in the UK. The first was called HS1 (High Speed 1). Many of you will have taken this line before: it links the British part of the Channel Tunnel with St. Pancras Station, right in the heart of London. This 68-mile (109-kilometre) stretch allows trains to reach a speed of 185 miles (or 300 kilometres) per hour. According to the Institution of Civil Engineers, when it was built, it was the first major railway line to be built in England for 100 years.

The idea for a second high-speed line emerged in 2009. The initial aim was to link London with Birmingham, before splitting into two branches: one going  on to Manchester and the other to Leeds. But it would be approximately as fast as France’s TGVs, rather slow like the other diesel trains you’ll find in the north of England. The British government allocated a budget of £36billion for the project. However, very soon, the budget spiralled to more like £100 billion. And as for when the trains might actually run, it’s said it could be as far off as the 2040s. Which isn’t very impressive at all.

And HS2 doesn’t just pose financial problems. Environmental activists say it  poses a threat to at least 108 forest areas. And they’re really going out to show their opposition to the project. Some have chained themselves to parts of the line’s future route. Others have created a sort of ‘zone to defend’ within the Colne Valley Regional Park. To protest against the construction of HS2. Add to that the voices of the privileged and conservative so-called NIMBYs whose homes lie along the route. They more than anyone else object to the fact that this high-speed line could ruin the tranquillity of their local area.

All these problems led ex-prime minister Boris Johnson to scale down the project, and in the end he scrapped the Birmingham-Leeds branch. That cut the budget to £70 billion, and now the other branch is set to launch sometime between 2035 and 2040. The first part of the line, between London and Birmingham, will for its part be ready in 2029. But while Boris Johnson’s decision might seem reasonable, it has had serious political consequences. The former PM had campaigned on the basis that he would ‘level up’ the country’s northern regions. Instead of the scrapped high-speed line, he has accelerated the electrification of the region’s railways so it can finally do away with diesel fuel. ‘It might be less glamorous, but it’s more important,’ is what he said about the decision.

What remains of HS2 is in the hands of French construction firm Alstom. The latter won a contract worth 2.34 billions, alongside Japanese firm Hitachi, to build and deliver 54 trains that can travel at a top speed of 360 kilometres per hour. They are due to be built in Derby, Crewe and Newton Aycliffe, where Alstom and Hitachi have manufacturing plants from 2025, with the completion dates ranging from 2027 to 2033. Overall, 9,000 workers will be involved in building the trains. It should be noted, though, that the contract also requires that the firms also see to the maintenance of the carriages for 12 years.

Regardless, while HS2 should certainly provide better connections to the Midlands and the North, it won’t be enough to put the UK up there with the major high-speed players. With just two lines stretching out over a total of just a few hundred kilometres, the country is far from the likes of Spain, Japan and France, which both have almost or more than 3,000 kilometres of high-speed railway lines. And that’s without even mentioning the gigantic network that China has been building for several years now, stretching all the way to Tibet. Britain has a long way to go.

A huge milestone for Midnight Trains

We’ve just signed a major partnership with TravelPerk. And we’re chuffed: TravelPerk is the world’s number-one travel management platform for businesses. That means they’re the guys organisations have the most faith in when it comes to planning business trips for their employees.