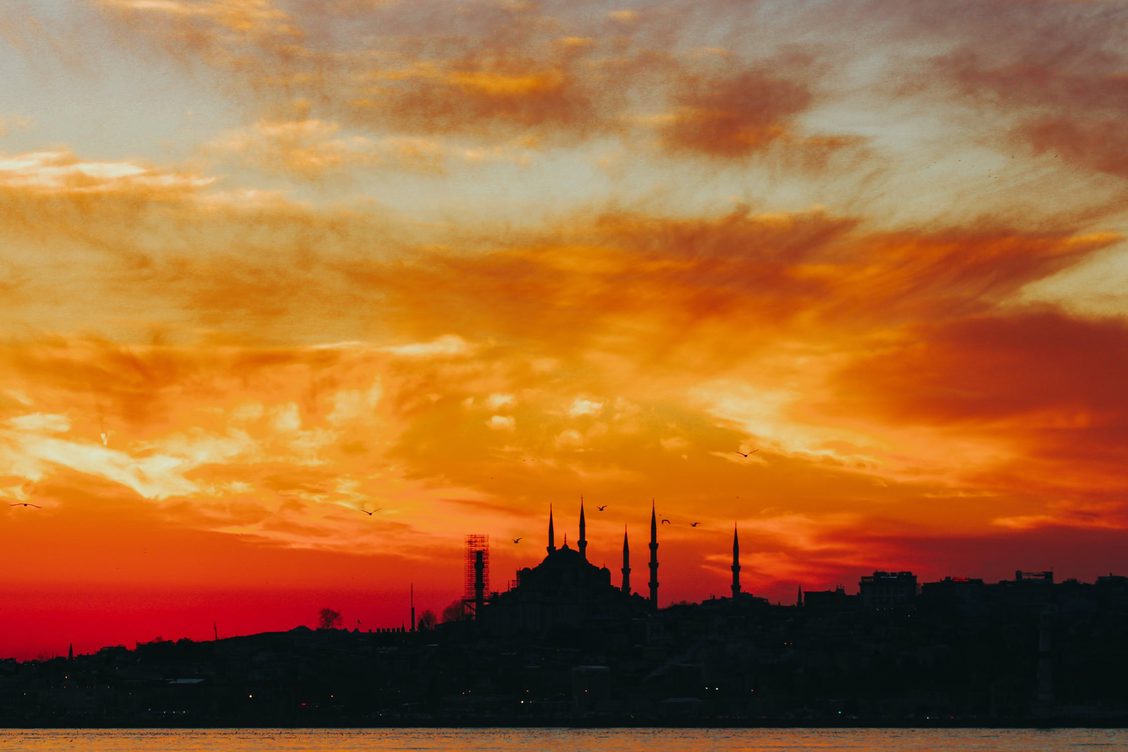 Just like the banks of the Bosphorus strait, which appear to face off against each other (or embrace, depending which way you look at it), Istanbul is one of the most symbolic meeting-points between Europe and Asia. Formerly known as Byzantium and Constantinople, this city has been at the heart of all sorts of ambitious empires over the centuries, and that rich history is very evident as you walk around the Turkish capital today. It may be the historic terminus of the Orient-Express, but today we’ll be whisking you off on a far more modern trip.

And because that strait is pivotal to the city’s history, why not kick off your wander by familiarising yourself with its contours? To cross it, simply hop on a vapur, which will take you from one continent to another in no time at all. Continue the ride with a trip towards the Eyüp Mountains: a scenic refuge for many artistic types including writer Pierre Loti, who was a regular in these parts. Even better, save all your urban exploration for later and visit the Princes’ Islands (Adalar), around 30 kilometres from the city. Walk around on foot or cycle, while soaking up the lush smells of lilacs, magnolias and pistachio trees.

Once you’ve finished your mini-odyssey, return to the heart of Istanbul life and discover its most fascinating monument: the Hagia Sophia. Just like the city that surrounds it, this place of worship has shifted functions just as the religion and politics of Istanbul have changed too. From 537 AD to 1453, it was no less than the greatest monument to christianity, until Sultan Mehmed II turned it into a mosque – and Kamal Atatürk turned it into a museum in 1934. But that won’t be its final destiny: last year President Erdoğan said it would soon be transformed into a mosque, again. And for how long? This true wonder will never keep still. Make sure to walk around the whole thing – it’s one of the most resplendent buildings we’ve ever seen.

This city properly brims with amazing architecture. Make sure to drop by subterranean palace the Basilica Cistern, a relic of Byzantine times, or Topkapı Palace, which was the main residence of several Ottoman sultans. And you’d be foolish not to simply walk around and soak up the atmosphere of Istanbul’s backstreets. First stop should be the Grand Bazaar, which has more than 4,000 stalls grouped according to the stuff they sell and spread over a 200,000-square-metre space. Want to take something home? Be warned – you may need to hone your haggling skills beforehand.

Before leaving, it’d be remiss not to take part in certain traditions. One obvious one is the Turkish bath: an excellent way to relax and cleanse yourself of all your worries. Istanbul is big on all things indulgent, in fact. Try a Turkish Delight – rose, mint, hazelnut and many more – from Hacı Bekir, one of the city’s oldest sweet makers. The street food here is just as moreish, whether it’s kumpirs (baked potatoes stuffed with veg and mayonnaise), or grilled fish served up in a sandwich – ideally a stone’s throw from the city’s famous fish market.

But are we forgetting something? We sure are. How could we invite you to discover the marvels of Istanbul without encouraging you to go see the Pera Palas, given you’re clearly so eagerly awaiting the widespread return of night trains? This luxury hotel was built by the Compagnie de Wagons-Lits, the same company behind the Orient-Express, and was intended as a place for its wealthiest passengers to stay. We’ll no doubt have another chance to tell you much more about everything that went on in this illustrious hotel. But in the meantime, if you happen to be passing through Istanbul, this place will make an ideal stop for tea (and maybe some food too).