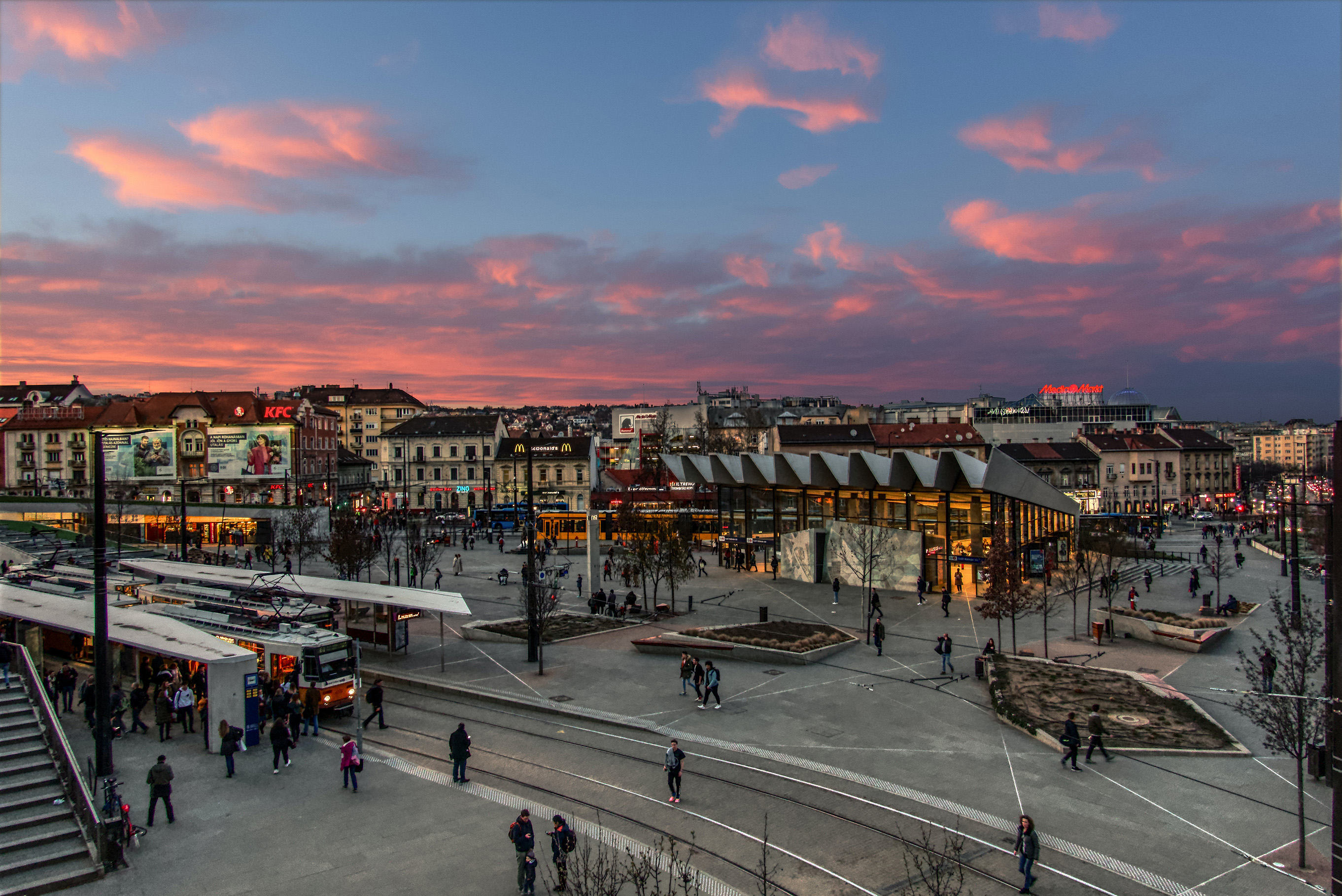 A city of many sides

Certain cities are so big and diverse that it’s possible to really get to know them on a single trip. Budapest is one of them. With its rich history and thriving contemporary culture scene, the Hungarian capital brims with treasures that many are still yet to explore. So open up your eyes, ears, nose and heart and get to know a very different Budapest to the museum-city you’ll recognise from countless postcards and movies.

Like our guides to Lyon, Verona and Valletta, the historic centre Budapest is where to start, with its seriously impressive architecture. In fact, there’s so much of it that you’ll have to pick and choose between the likes of Buda castle, the incredible Hungarian Parliament, Heroes’ Square, St Stephen’s Basilica and the Dohány Street Synagogue. In all honesty, you should try and check them all out.

But among all these emblems of centuries past, you’ll find dozens of dazzling works of street art that range from fluorescent yellows and pinks to gigantic classical-style frescoes to giant concrete pillars transformed into pop-culture homages. Probably most striking is no doubt the Shoes on the Danube Bank, created in tribute to the victims of the Holocaust. Be warned, this work really is moving.

After this quick walk around Budapest, next you should head to the city’s Cave Church. This unusual spot belongs to a cave network that served as a refuge for Christians from the tenth century onwards, when the rest of the population was warring against them.

It’s said that a hermit saint even lived there and cared for the sick thanks to the thermal waters that exist in these parts.

Now it’s probably time for lunch, but this time we won’t be recommending a restaurant. Despite the city’s rich culinary traditions, the Budapest youth has long embraced street food as a trend and there’s no better place than Karavan to discover it. This superb food court has several stands offering up an array of local specialities to try standing up or at one of a handful of tables. Special mention goes to the borscht served in large goblets and the truly sumptuous burgers served with cheese and onion.

And as for the city’s contemporary art scene? Start at the Ludwig Museum, whose collection was originally a donation from a couple of that name. A true temple to contemporary art, it puts on extremely creative exhibitions inspired by the work of artists from across Central and Eastern Europe, often overlooked in the West. Fancy a little more? Head to Kisterem Galéria, which is probably the best place to check out the city’s avant-garde art scene. For yet more, go to Deák Erika Galéria, with its super-discerning mix of artiss from what used to be the other side of the wall.

Because this is Budapest, you’ll also want to visit one of the city’s traditional baths. But rather than advise you visit Szechenyi Baths like any other tourist guide, we suggest you try Rudas Baths. Much older and less touristy than its more famous counterparts, it dates back to the sixteenth century and is a much more… relaxing experience. In short, it’s the ideal spot to ruminate on what you’ve seen in Budapest so far.

And now: dinner time. Try Borkonyha Winekitchen. Just around the corner from the Basilica, this restaurant, as its name suggests, gives as much weight to its 200-strong wine list as its food. But rather than focus purely on Hungarian culinary traditions, it elevates them with subtle foreign influences. That gives way to dishes that are as colourful as they are bold and punchy: true works of art. A delight.

This city is known as Bologna la Rossa (Bologna the Red). It owes the nickname both to the bricks and tiles of its buildings and to its leftist politics. To get a feel for the place, you should first head to the Piazza Maggiore.

Less renowned than Berlin and Hamburg, this city on the River Main turns out to be a properly tranquil place to spend a long weekend. Europe’s third financial capital – after London and Paris – is also a place of simple pleasures, refinement and a whole of culture.