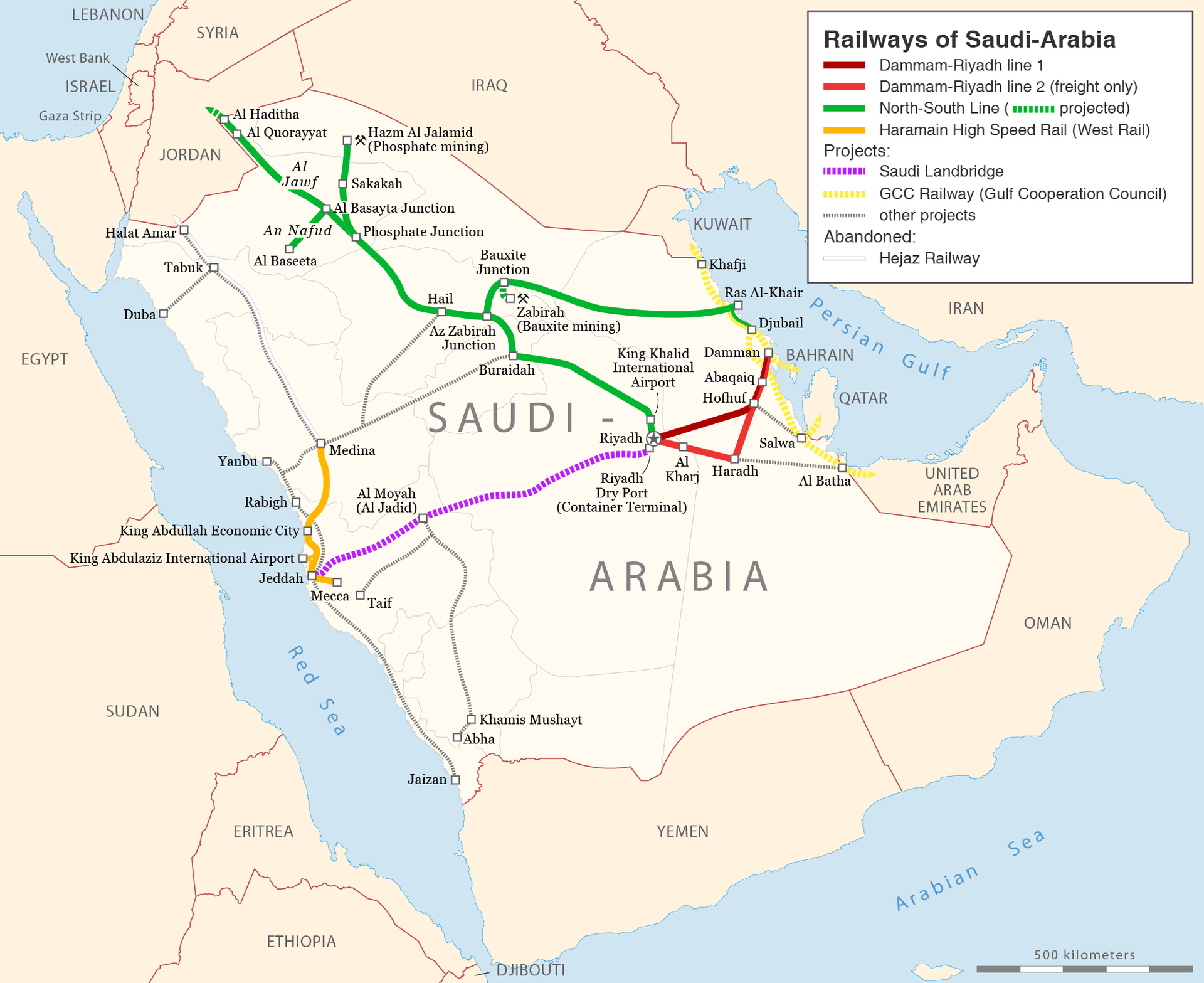 The railway linking up the Gulf states

One train to unite them all

What with the global energy crisis and the Qatar World Cup, the Gulf countries have rarely been in the news as much as they are right now. And so today we’ll be adding to the conversation today, not by talking about the world’s biggest sporting event, but by telling you about the Gulf Railway, a project that aims to link up the various member states of the Gulf Cooperation Council.

Also known as the GCC Railway, the new lines aim to connect Bahrain, Kuwait, Oman, Saudi Arabia, the UAE and Qatar by rail. It’s been in the works since 2008 and keeps getting delayed. Several factors including a fall in oil prices since 2014, the Covid-19 pandemic and diplomatic tensions between Qatar and its neighbours have held the project back. From 2017 to 2021, a blockade was imposed by Saudi Arabia, the UAE and other Muslim countries on the host country of the 2022 World Cup. However, the project was revived in December 2021 during the 42nd edition of the GCC Summit.

But the Gulf Railway is still far from up and running. For starters, it will involve laying down 2,000 kilometres of railway at a cost of $200 billion. And what’s more, not all the governments are invested to the same degree. For a railway of this sort of scale, it would be necessary for each of the nations involved to do its share of the work and to fund the construction of the parts of the line that run through its territory. The biggest contributors are Saudi Arabia and the UAE. The former declared in 2021 that it would invest $150 billion in the development of the country’s transport and logistics. The Saudi government is currently working on a major new link connecting Jeddah, on the banks of the Red Sea,  Jubail, on the edge of the Persian Gulf, passing through capital Riyadh. Another notable project was the inauguration in 2018 of a high-speed train between the country’s two religious centres: Mecca and Medina. In other words, the country is really betting on the railway helping accelerate the development of the country.

For its part, the UAE has unveiled a railway development programme costing $13 billion, which it thinks could bring back $55 billion in economic benefits. Its Etihad Railway Network project aims to link its Saudi and Omani borders by 2030 (the official site claims it’s already 70 percent complete). Overall, it will connect 11 cities and improve both passenger and freight transport across the country. Both of these major players see in the railways a means to boost their respective economies and stop depending so much on petrol. However, to get there, they’ll also need to increase the number of international tourists coming to the region and also improve freight-transport infrastructure.

But while it’s predicted that Saudi Arabia will spend $11 billion per year up to 2025, compared with $5 billion up to 2026 for the UAE, the other countries seem less motivated or indeed capable of contributing their share to the project. Qatar is dragging its feet when it comes to building the line connecting it with Saudi Arabia, probably due to the immense cost of preparations for the 2022 World Cup. Just behind it are Bahrein, Oman and Kuwait, all underinvesting in their railway networks, whether for economic or political reasons. And on top of that, there are several significant technical difficulties. According to the experts, the climatic conditions of the Gold mean there’s a much greater risk of erosion for railway infrastructure than in normal conditions.

So while the extent and quality of the railway network among members of the GCC Council are sure to increase over the coming years, it’s very unlikely the project will be completed any time soon. If someday you did want to travel from Kuwait City to Muscat, you’ll still have to wait quite a while. And that’s a real shame.