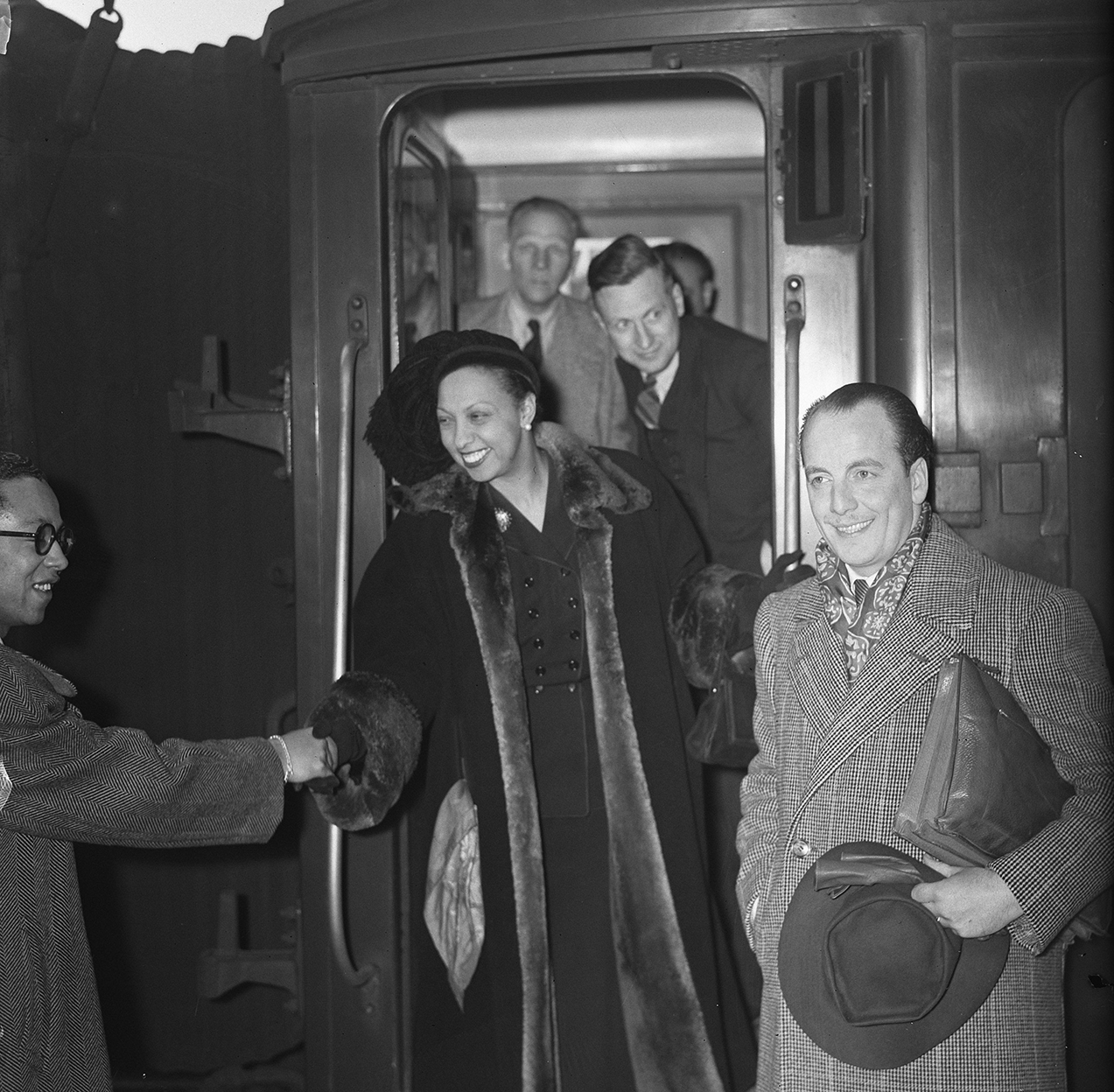 The railway adventures of Josephine Baker

The time the singer sang to train-crash victims

J’ai deux amours, she sang, in a melody that’s still synonymous with her name today. Yep, today Josephine Baker is the heart of the opening story of Midnight Weekly this week. This woman did so many fascinating things with her life: singer, dancer, vedette, actress and WWII resistance fighter. It’s hard to find the words to describe the sheer range of her talents and professional engagements.

She’s so widely regarded, in fact, that she’s just about to become the sixth woman to receive the ultimate French honour. On November 30, the Panthéon, the monumental mausoleum that recognises those characters who’ve changed the history of France, will become her final resting-place. A few weeks from her ‘pantheonisation’, we want to tell you about two railway-themed episodes that marked her life.

The first concerns the train that brought her to Paris. She came from a poor family in Missouri, where she was subject to racial segregation, but found her true home in Paris, where she arrived at just 19 years old. After a long boat trip from New York to Cherbourg, she arrived at the Gare Saint-Lazare in Paris aboard a train from Normandy one morning in 1925. In her book Josephine, written with her fourth husband, Jo Bouillon, they described it as follows:

‘It was raining that morning in 1925. The Gare Saint-Lazare groaned with the daily flood of pale, slightly dodgy passengers. Suddenly, the buzzing crowd stood stock still. A shrill, overexcited crowd had just got off the Le Havre-Paris train. They were carrying bizarre instruments and were laughing out loud. Their rainbow-hued skirts, their fuschia jeans, their chequered and spotted shirts lit up the grey platform. A slender girl, dressed in black-and-white chequered overalls and an incredible hat, stood apart from the group. “So, this is Paris,” she cried out. Those were the first words that Josephine muttered about the city she would soon conquer.’

It was a certainty. Reading those words, her arrival at the station felt much like she was ascending the stage, leaving those around her lost for words. With her artistic collaborators, Josephine Baker left a country ‘where she was scared of being Black’. ‘We left, not because we wanted to, but because we could no longer put up with it. I felt liberated in Paris,’ she said a little later. That day in Paris, they felt the thrill of liberation, the very driving force that had taken them across the Atlantic and all the way to the French capital.

You’ll likely already know about the immediate success that Josephine Baker found in France during the Roaring Twenties. So let’s instead climb aboard another train that the music-hall star was to become very familiar with: the mythical Orient-Express, which would take her far beyond the French borders.

On September 12 1931, she was in 3309, a first-class sleeping car. The trip was memorable for one main reason: the train was blocked by snow for several days.

The service had left Budapest for Vienna at 11.30pm. As the clock struck midnight, the train rolled over the viaduct at Biatorbág in Hungary, and a rather disturbing metallic sound rang out. The train came to a sudden halt before tipping down into a ravine, carrying two carriages with it. There had been a far-right attack. Twenty-two passengers died and many more were injured.

Josephine Baker survived thanks to the fact that that night, the first-class carriages were at the back of the train. Suffering from shock but physically unharmed, she leapt to action, much in keeping with her heroic image. Josephine Baker went over to help rescue injured victims, before the police and emergency services arrived.

Legend has it that Josephine Baker didn’t hesitate to employ her artistic talents to provide a little bit of solace to survivors. Next to the tracks, where they were all stunned and huddled together, the treacle-voiced singer improvised a quick recital – one of the most moving of her career. A grande dame she certainly was, and someone France has much to be grateful for.