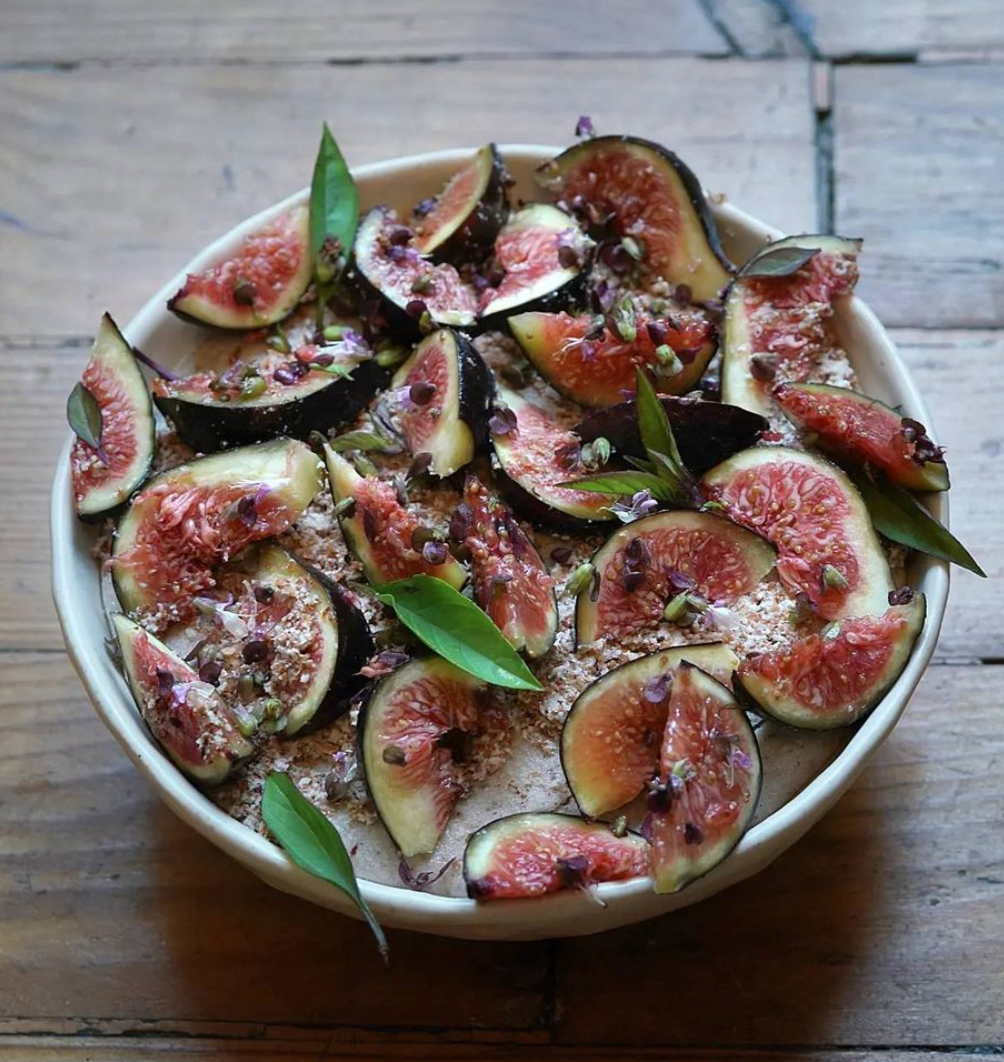 A little interlude in our Brussels trip to take a gastronomic journey with the respected chef Sugio Yamaguchi, who takes as his aim the exploration of produce; going as off the beaten track as possible. That makes sense for this Tokyo local who plied his trade in Lyon initially, before really making his name at Botanique (Paris) over several years.

He’s just left that restaurant to focus on new projects. But these words of his will suffice to give an idea of his philosophy: ‘The cuisine of appearance can only satisfy the eyes but not the heart. I want to return to basics: food that warms the heart, working with quality, seasonal products, which was essential way back when but forgotten now. I want to offer honest, humble cooking.’ No doubt the following recipe, based on another by Christophe Michalak, will win over even the most hardened of Insta-food fans.

Warm the milk on a low heat with the fig leaves, mixing regularly.

Take off the heat and leave to rest for five minutes.

Remove the leaves and allow to cool.

Mix the flour, sugar and salt in a bowl, pour in the milk and mix vigorously.

Place this mixture in a saucepan and cook as if making a crème pâtissière. Once you’ve done this, allow to cool a little, then pour in the serving dish.

Leave at room temperature for a little while, then place in the fridge for at least four hours. In the meantime, chop the figs into small pieces and marinate with a glug of olive oil and basil flowers, if you have some.

Top the flan with the almond residue (if you did sieve the mixture earlier) and the marinated figs. Bon appétit!

Mauritanian chef Harouna Sow works (when he’s not pursuing charity projects, like cooking several tens of thousands of meals for care workers and poor students during the successive lockdowns). This week he’s also provided us with a spicy vegetarian recipe that makes the ideal remedy to the onset of autumn.