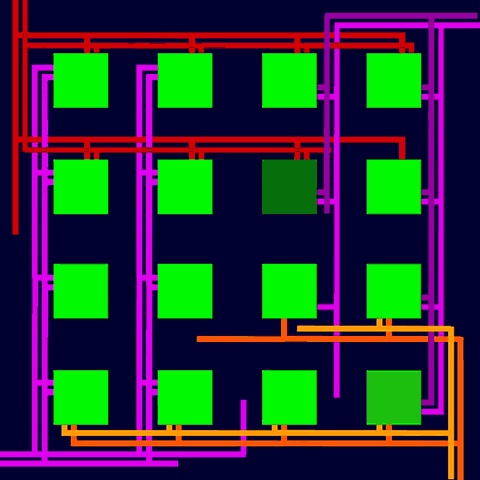 How opening up the railways has transformed the industry

Now for the fourth and final episode in our series on how opening up the railways to competition has transformed the industry. After previous instalments on the opening up of British rail sector, that of freight in France and the arrival of Open Access on high-speed lines, today we’ll be focusing on the opening up of passenger lines, or the market for TER (Transport Express Régional) and Intercités trains, which have provided services for our regions since 1986 and 2006 respectively.

As we mentioned last week, the opening up of passenger transport stems from the EU’s adoption of its fourth major package of rail reforms in 2016. This essentially divided the sector into two main categories. The first concerned all high-speed lines, opened up according to the Open Access model (also known as Service Librement Organisé in French), which allows basically any company to launch within the sector. The second concerns TER and Intercités trains. Often considered essential for maintaining the social and economic activity of France’s regions, the latter must compete within a contract market. That means that public organisations like these can launch invitations to tender so private operators or SNCF can compete to run their lines.

Since 2019, several regions have been subject to these rules. The Sud-PACA region is something of a pioneer. Since December 2021, it has launched two invitations to tender. The first concerns the ‘Azur’ lines, a local network around the city of Nice, which has been handed over to SNCF Voyageurs. The second, however, saw the historic operator lose its 160-kilometre Marseille-Toulon-Nice line to Transdev, which represents 10 percent of the region’s rail travel.

But the Provençaux aren’t the only ones to open up their lines. The Hauts-de-France region has announced the opening up of all its regional services to competition. The reason was bad management and low usage which Franck Dhersin, the region’s vice-president, didn’t hesitate to blame on the monopoly of SNCF. Relations were so strained between the two parties that Hauts-de-France even paused their payments to the historic operator for a short while, before resuming them a little later. It should be noted that this policy change also concerned the TERGV, the famous high-speed TER trains launched in this corner of France in 2000.

Overall, four different lots are to go out to tender. The first, which will be handed over in 2025, is known as ‘L’étoile d’Amiens’. SNCF, Transdev, Renfe and Régionéo, which combines RATP Dev and Getlink, are all competing to manage this service. The three other services are the following: Paris-Beauvais and other Paris lines, Etoile de Saint-Pol and the lines of Nord-Pas-de-Calais, and the TER-GV will be handed out for durations lasting between six to nine years in 2026, 2027 and 2028 respectively.

Finally, there’s one final region that’s pioneered opening services up to competition: the Grand Est. It has launched invitations for tender for the 48-kilometre Epinal-Saint-Dié line, the 80-kilometre Saint-Dié-Strasbourg line and the 45-kilometre Strasbourg-Sélestat line. And also for lines that have already been closed, like the connection between Nancy and Contrexéville. Often badly maintained and underused, they play an important role for the region’s inhabitants. And according to David Valence, vice-president of the regional council of the Grand Est, there’s nothing stopping the lines from becoming profitable, if they are managed well. The various services will be attributed in 2023 to one of ten different competitors. Among them are various partnerships including Transdev with NGE; the Caisse des dépôts, Keolis, a subsidiary of SNCF, with Eiffage; and  Régionéo ein the partnership with Colas and Systra.

Other regions like the Pays de Loire have also joined in to ‘increase the quality of service offered to passengers by lowering costs with two aims: more trains, better trains’. These diverse examples demonstrate the multitude of reasons public organisations might decide to open up their lines to competition. It allows them to take back some form of control over the latter and give them a sense of direction that’s better adapted to the needs of their users and to their vision of the future of rail transport. It should be noted that while these competition rules will become mandatory from December 2023, it is possible for firms to win some time by signing up with SNCF for periods lasting up to 10 years. However, that doesn’t seem to be the direction taken by most operators.

How opening up the railways has transformed the industry - Episode 2

Because while trains may usually be considered a means to get humans from one place to another, they are clearly also a way of conveying goods too. So let’s climb aboard and slot ourselves in besides the factory products and girders.

How opening up the railways has transformed the industry - Episode 3

The idea of opening up passenger rail transport in Europe isn’t a new one. The first discussions between the member states of the European Union in fact took place in the 1970s.