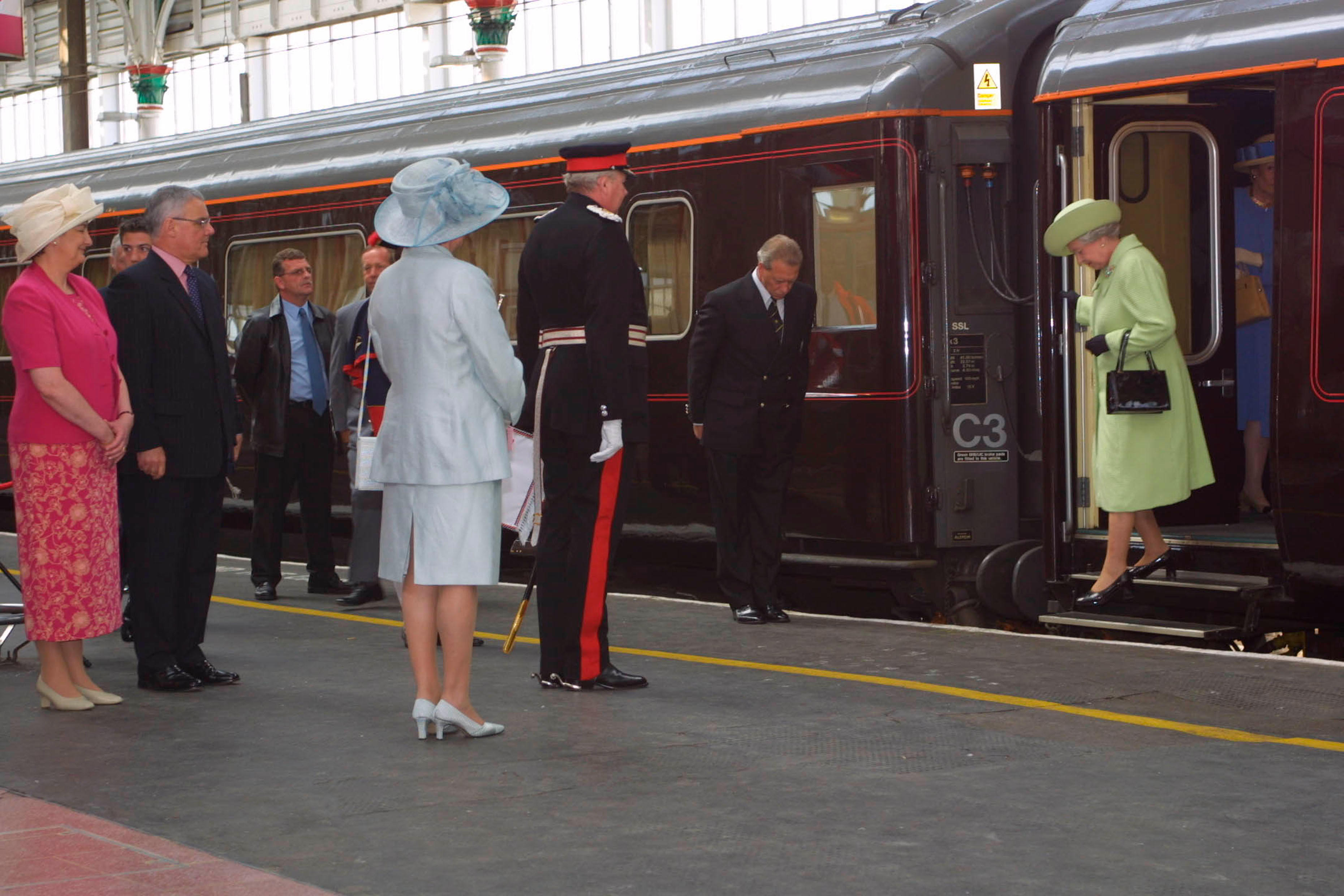 Her Majesty takes the train

Cast your mind back. Just over a year ago, the first-ever edition of Midnight Weekly started with the following question, phased almost as a challenge: what if heads of state gave up the good old government airplane? If there’s one person who doesn’t need convincing, it’s Elizabeth II. For she’s always had the British Royal Train at her disposal. As of nearly two centuries now, the UK’s successive sovereigns have travelled in this rather majestic fashion.

The story of this fabulous train inevitably starts in the nineteenth century: the first golden age of the railways. At this point, another woman was on the British throne: Queen Victoria, the great-great-grandmother of Liz. It was at her request that the British Royal Train took its first train from Slough, in the county of Berkshire, to Paddington station in London in 1842. Since then, this train has been rolled out regularly to receive the new heads of state and their court, with its seven, eight or nine carriages that really do feel like a palace on rails.

While Queen Victoria had evidently made sure her train was complete with all modern comforts, her successor, Edward VII, didn’t skimp on making sure the British Royal Train was the epitome of taste and luxury. And in 1902, in fact, the new King ordered a new train with the simple pitch that it ‘resemble the Royal Yacht as much as possible’.

The nine new carriages of the royal train were fitted out with sumptuous bureaus, salons and dressing rooms, not even to mention the lavish separate bedrooms for the King and Queen. No expense was spared by the King, who modernised the brand-new train year by year with electric ventilators, a fully-equipped kitchen and an electric cigar lighter, among the most cutting-edge technology of the time (Edward liked nothing more than to look out the passing landscapes from his smoking room window).

When his son, George V, succeeded him in 1910, he went even further, installing a bathroom with an actual functioning bath. Until then, there was a simple toilet – a pretty glamorous one, to be fair – which was reserved for the King and Queen. Everyone else on board had to wait until the next stop to relieve themselves in the public loos. The tough life of a courtesan!

Queen Elizabeth II, who likes to travel by train, opted to upgrade the British Royal Train in 1977, on the occasion of her Silver Jubilee. But the use of that form of transport was questioned a couple of decades later by members of the UK parliament, who pointed out that each of its outings cost as much as £50,000 of public money. Despite the controversy that generated, the British Royal Train wasn’t dismantled, the Queen opting occasionally to take commercial services to compensate for the expense of those infrequent outings on the official royal train.

It’s nonetheless possible that the Queen’s final-ever journey might take place on this train. That’s what the journalists over at Politico reckon, as they set out in an article outlining the London Bridge plan which will be activated following the death of the monarch. Everything has been planned, right down to the tiniest detail, from the death of the Queen to the funeral. In the event that Elizabeth dies at Balmoral Castle in Scotland, the Unicorn operation will be activated, so her body can be repatriated to London on board the British Royal Train. May it not happen for quite some time.

A lot of other heads of state could do with replacing their – often private – plane trips with train journeys. That would be one great way of leading by example.

We’ll be lifting the lid on an application of the railways that is perhaps best viewed from space. Because while the general tendency of the rails has been to connect nations, to share goods ideas and to bring people together, in some cases they’ve been used to divide and cut regions off from the rest of the world.