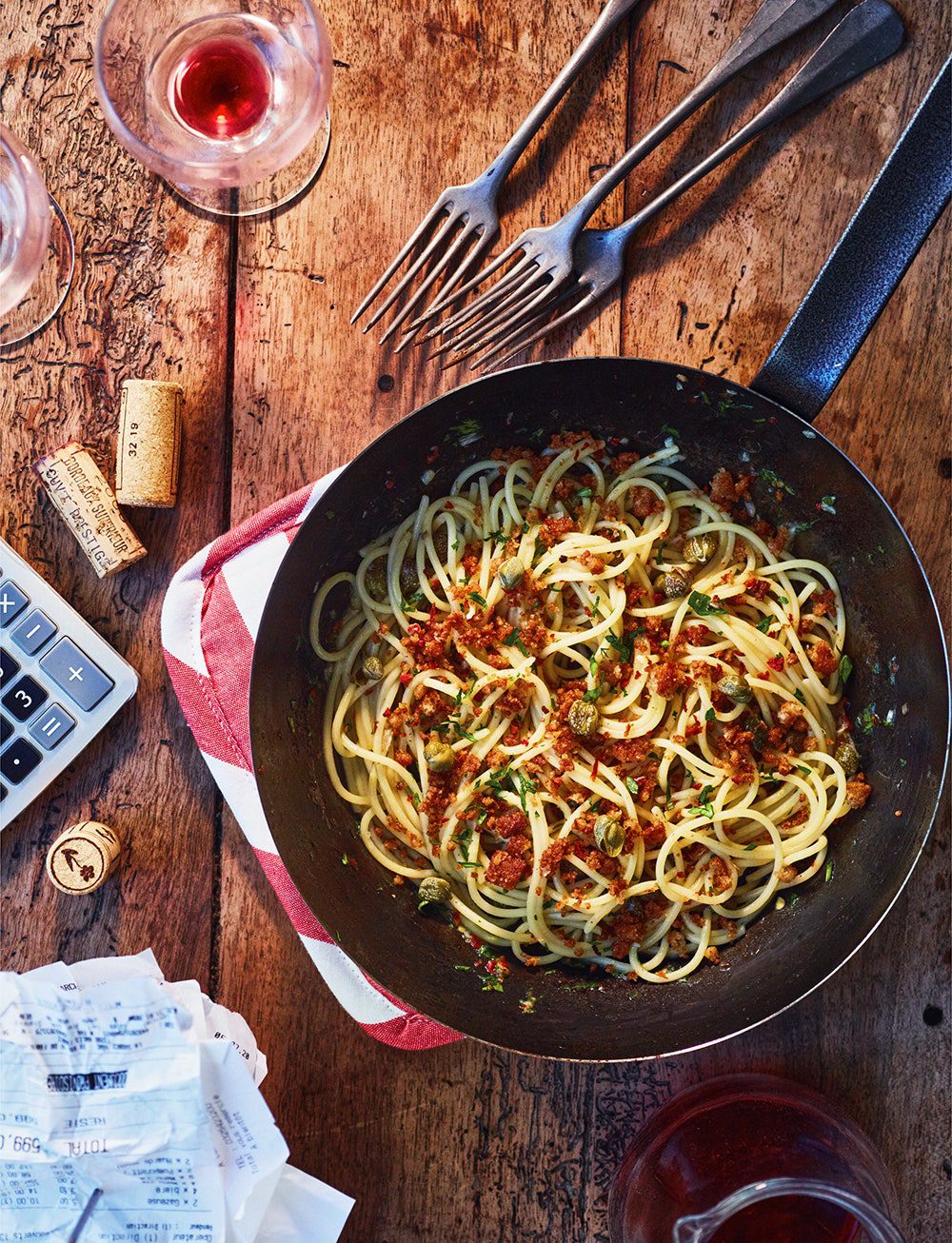 A whole load of you have been recreating the delicious recipes we’ve been sharing in this section of Midnight Weekly. And the one for gricia, by Giovanni Passerini, may well have been the most appetising of all. So we couldn’t resist sharing another excellent dish by the chef, who’s widely considered one of the world’s greatest Italian cooks. By contrast with his previous choice, this recipe was conceived as a morning-after remedy, if you’ve gone a little hard on a night out. That’s why it’s called ‘midnight spaghetti’ (the Italian in the name).

Remove the bread crusts and cut into cubes of around 3cm. Place in the oven until dark brown. Let them sit for 30 minutes.

Crush the bread with a mortar or rolling pin. Season with a little extra-virgin olive oil and a pinch of sea salt.

Roughly chop the parsley and put aside. Peel the garlic gloves, cut in two and chop very finely with a knife or mandoline slicer.

Bring a pan of salted water to the boil then plunge in the spaghetti. Once al dente, remove the spaghetti and transfer to the pan with the sauce. Sprinkle in a little pasta water and start the mantecatura: as the pan heats up, the sauce will begin to cling on to the pasta.

Grate in the lemon zest, then add four teaspoons of lemon juice. Finish with the parsley and croutons. Mix together and plate up.

A very typical festive French meal by Thibault Eurin, the chef at Bien Ficelé in Paris. His establishment is known for offering a unique French spin on a rotisserie-grill experience. The emphasis there is very much on sharing and conviviality, and only quality produce is to be found on the menu.