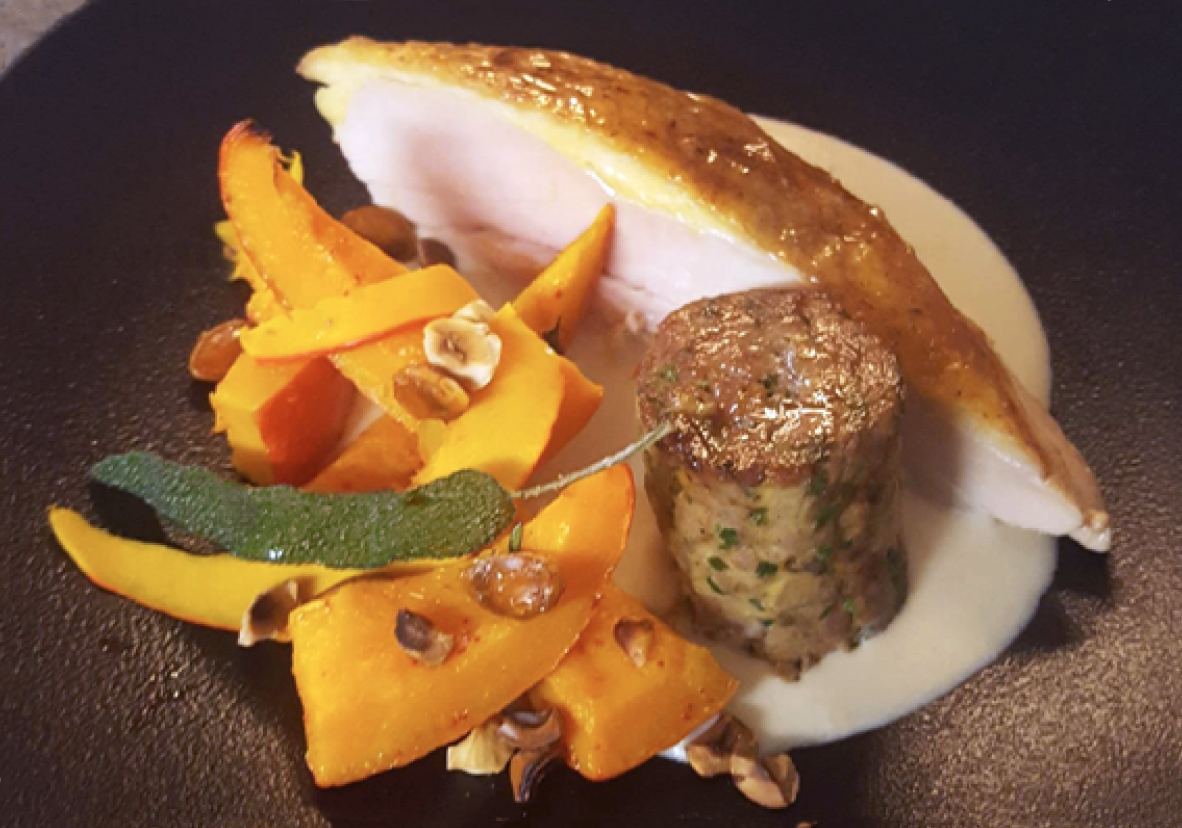 Another festive meal to consider this winter

The end-of-year festivities are approaching, and because they’ll hopefully include a generous helping of meals with family and friends, Midnight Weekly will be sharing a number of recipes, from entrée to dessert, that should hopefully impress your loved ones over the coming weeks.

Right up until the end of December, we’ll be asking several well-known culinary talents to share the dishes they’ll be cooking this year (and only ones with an eco-friendly bent).

This time, we’ve been treated to a very typical festive French meal by Thibault Eurin, the chef at Bien Ficelé in Paris. His establishment is known for offering a unique French spin on a rotisserie-grill experience. The emphasis there is very much on sharing and conviviality, and only quality produce is to be found on the menu. The meat dishes at Bien Ficelé, like at its cousin Bien Élevé (Paris), have a strict sourcing policy that only favours producers who place an explicit focus on animal wellbeing.

And at Bien Ficelé, anything and everything can be chucked in the pan: this recipe will allow you to cook the pintade in its entirety, from the carcass, for the broth, to the giblets, for a stuffing that takes the dish to the next level. The onion squash that accompanies the dishes shouldn’t be peeled and is roasted in the oven, with the hazelnuts adding a gourmand touch to the whole thing. Over to you!

Prepare a broth with the carcass.

Cook the legs in the oven for one hour at 160C, while basting.

Wash, then cut the onion squash into quarters and cook them in the over for ten minutes at 190C.

Lightly brown the hazelnuts in the oven, for 30 minutes at 160C. Leave to infuse in the cream. Reduce with a little of the broth until you get a slightly thicker consistency, then filter with a strainer.

Brown the giblets in a little butter, then chop roughly. Shred the roast fowl legs.

Mix the shredded legs with the giblets. Add the fresh herbs, the juice from the legs and an egg yolk, mix and mould lumps from this stuffing using a slightly wet tea towel. Set aside in the fridge.

Dress both the breasts (skin side) and the slabs of shredded leg on both sides.

It's the turn of Danish chef Christian Kanstrup Pedersen who heads up Michelin-starred Pure & V (Nice, France) to share one of his favourite recipes: a beef tartare you’ll probably be thinking about for weeks afterwards. To the kitchen!

We asked chef Alessandro Candido, founder of Paris restaurant Candide, to share a recipe he’d recommend you try on arrival in Florence.