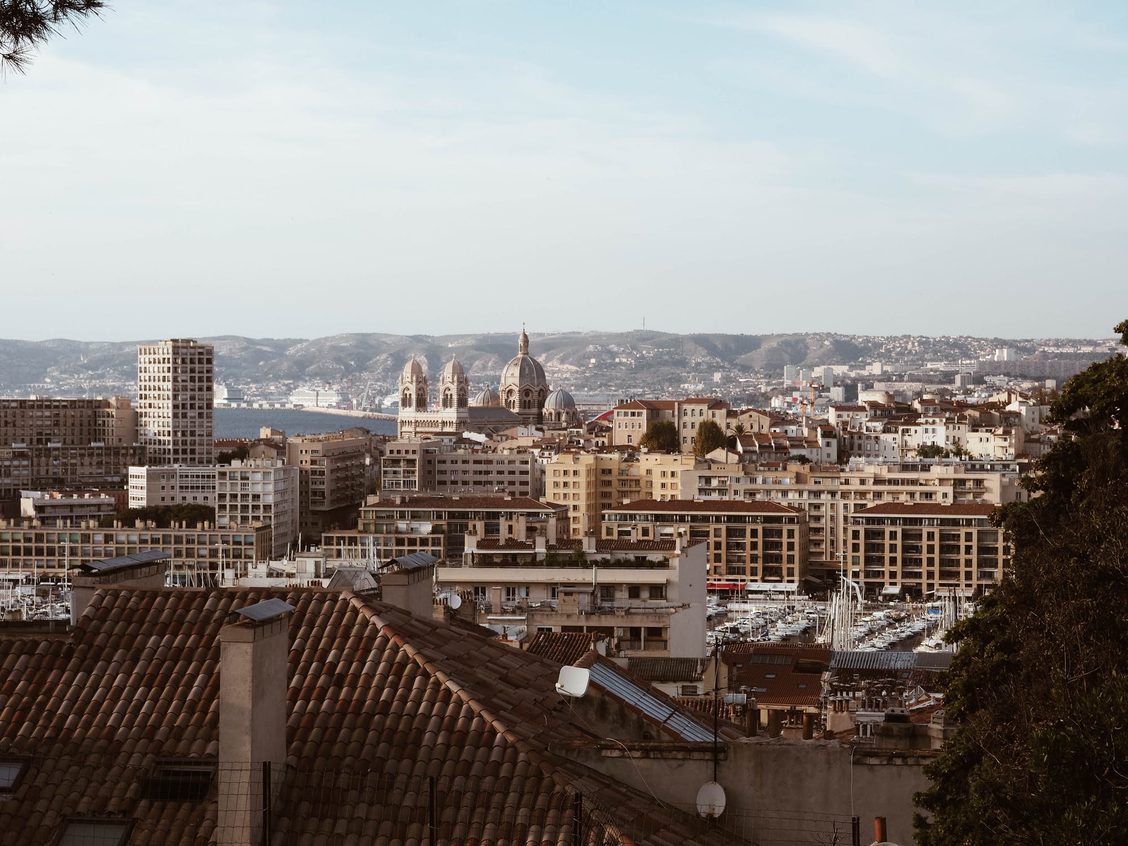 In our travel section this week, we’re heading off to yet another incredible Mediterranean city. Marseille is a city of contrasts, and to really get a feel for it, it’s best to properly spend some time there – an extended holiday, say, rather than a flying visit. You may have seen a number of friends post photos from their trips there this summer, so if you’re feeling a little envious, we’ve taken the opportunity to share some of our favourite lesser-known things to see, eat and do in the city.

Before that, however, let’s start with the classics. You won’t want to miss Notre-Dame-de-la-Garde: a Roman-Byzantine basilica that looks over the city from atop a hill. The views are invincible, and the history fascinating: just in front of the basilica, you’ll find a tank that reminds visitors that this was a store of strategic attacks that preceded the liberation of the city in 1944.

There are two other truly unmissable sights. There’s La Major, a jewel of neo-Byzantine architecture – as majestic from afar as it is up close. And much more modern is the Musée des Civilisations de l’Europe et de la Méditerranée (Mucem): on top of excellent permanent and temporary exhibitions, this museum was designed by Rudy Ricciotti and its iconic concrete shell is a knowing wink to the moving reflections of sunlight on the ocean floor.

So next up, go and see what we’re on about by taking the plunge. The Parc national des Calanques, a haven of biodiversity, has been overwhelmed by visitors this summer, so we’re inclined to recommend you other options. Fortunately, there’s no lack of pristine beaches and coves in these parts. Try the Îles du Frioul or lay down your towel on the Catalans, Prophète or Prado beaches. The latter is where Marseille will host the sailing competitions at the Paris Olympics 2024: an unprecedented collaboration between two cities united by little else.

‘Swim! Dip your head into the wave rolling towards you, that hits you and rolls you too.’ If like poet Paul Valéry – who lived in Marseille in a house not far from the Abbaye Saint-Victor – you like swimming in open water – coincide your trip with one of the next editions of the Défi de Monte-Cristo. This is quite simply one of the biggest European competitions of its kind, with participants tasked with making it to the Prado beach from the Château d’If. Several races feature, many with prizes, and the biggest of all comprises a 5km-long stretch.

More into your hikes? The Balcons de la Méditerranée route kicks off at La Madrague, and you can eye it up from a distance thanks to the 62km-long Grand Sentier de la Côte Bleue, to the city’s east. There are several other good options near Marseille: a few kilometres from Aix-en-Provence, Sainte-Victoire is worth a climb, while the route up the Sainte-Baume massif reaches 1,149 metres into the air and offers unforgettable views over surrounding Provence.

No doubt that by now you will have worked out some appetite, so it’s fortunate Marseille abounds with brilliant restaurants. Try one of these: Limmat, Ourea, L’Abri, Le Bec du Coq and La Cantine de Nour d’Egypte – from entrées to desserts, they’re sure to keep you happy.

In fact, the colours of the setting sun at the end of the day may make you want to picnic somewhere instead, so plan a tour of the local food shops to stock up ahead of time.

Start with the truly marvellous Laiterie Marseillaise, where cheesemakers Madeleine and Audrey produce an amazing variety of sumptuous cheese and yoghurts. Then head to Maison Payany, the city’s finest butcher, whose charcuterie and pâtés are always a delight. And finally, fill up the rest of your basket at La Fabriquerie, a natural wine cave, much like the ones you’ll find on board our trains.

Just like the banks of the Bosphorus strait, which appear to face off against each other (or embrace, depending which way you look at it), Istanbul is one of the most symbolic meeting-points between Europe and Asia.