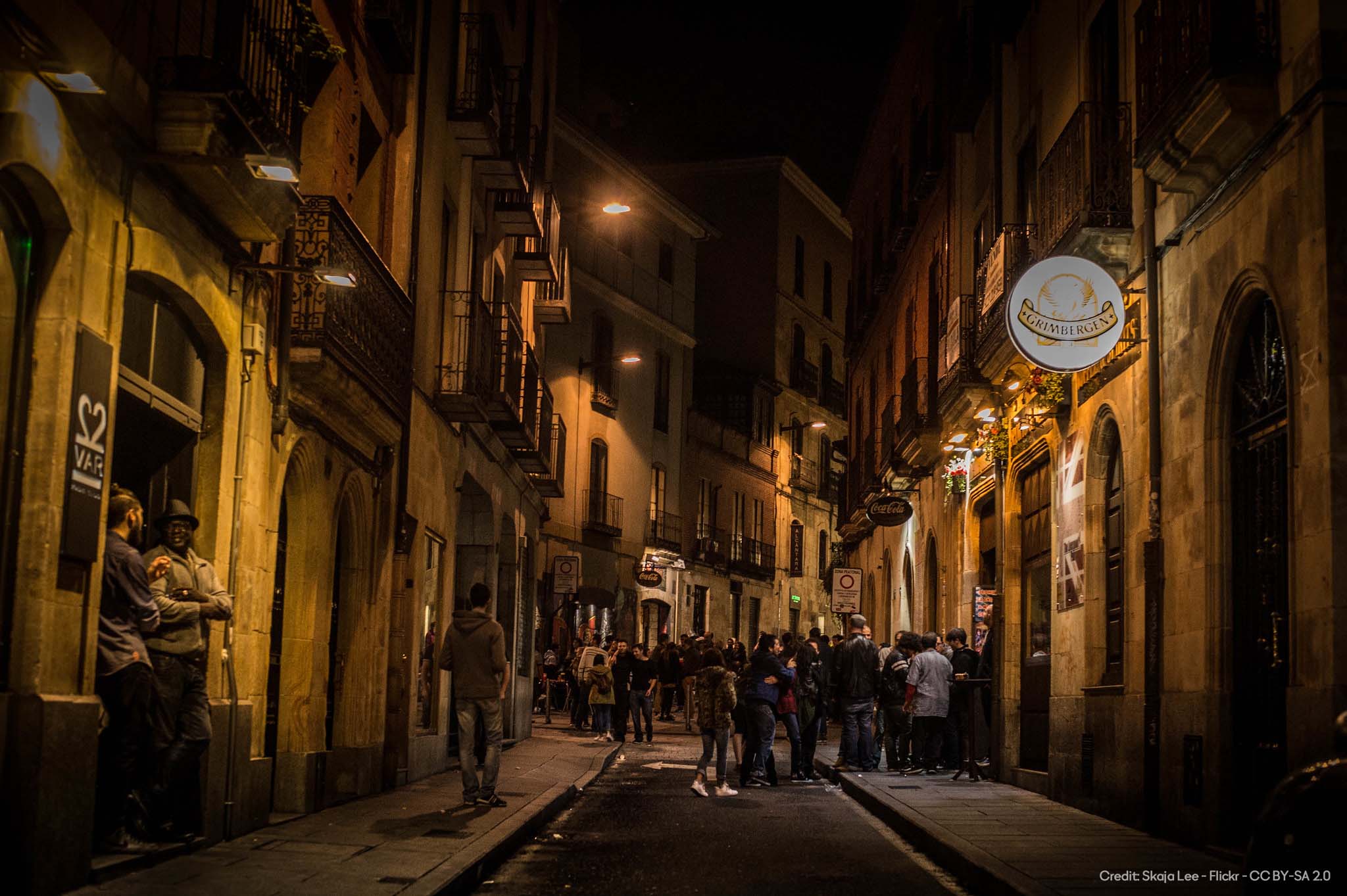 A city of mysteries

Known for its university dating back to 1218 – making it the country’s oldest – Salamanca has long been one of the world’s intellectual centres. Today, it may be overshadowed by nearby Madrid or touristy Barcelona, but it remains one of Europe’s most beautiful cities, and listed as a world heritage site by Unesco. That’s why, following short trips to Zurich, Bordeaux et Bucharest, we’ve decided to go there and soak up all this marvellous city has to offer. Bienvenidos a Salamanca!

You can’t ignore all the history here. So start by mooching around the Plaza Mayor and its splendid arcades. These are home to myriad small boutiques, restaurants and cafés, which thanks to their central location, have remained one of the city’s important social hubs. Young people hang out here over a glass of wine, artists sell their creations to visitors and families grab ice creams from one of the city’s three parlours.Since you’re in the area, you should definitely check out the city’s two cathedrals (yep, there are two of them) and the majestic university. Then make a stop outside the Casa de las Conchas, a building covered in scallop shells. Built between the end of the fifteenth and the start of the sixteenth centuries, today it has various artistic functions. Inside, you’ll find a bookshop and an exhibition hall. The latter’s programme changes according to the seasons (and the festival calendar) but usually spotlights big names in Spanish and European art.

Because Salamanca is a city of mysteries, we suggest you pop inside La Fonda del Arcediano de Medina. Founded by the current founder and their father in 1998, aims to serve up perfect ‘comida casera y tradicional’, that is homemade, traditional food. In the half-timbered main room, whose ceiling is covered in paintings, the team serves all the stuff that Spanish gastronomy does best: rice with cod, croquettes of many kinds, gambas à la plancha and a remarkable pork ragout. The local wine list is also a delight.

After this comforting lunch stop, let us suggest you check out two other cultural (and historical) gems. As we said earlier, Salamanca has been considered a city of knowledge, research and study for a long time. And it has many stories to go with all that history. Check out the Cueva de Salamanca, a sort of cave where the Devil himself is said to have lived and taught dark magic. The myth is in fact known throughout the world and inspired a work by famous writer Miguel de Cervantes. If you’re into the weird and wonderful, this place is for you.

For a very different kind of vibe, head to Casa Lis. Founded in 1995, this art nouveau and art deco museum is well worth a detour, whether it’s to check out its collections or simply marvel at the building itself. Perched on the city’s ancient walls and with its beautiful stained glass, this former manor is a modernist masterpiece (rather out of place in this storied city). As for what’s inside, make sure to take a look at the galleries dedicated to Chryselephantine statues and glassware. You won’t regret it.

Because lunch was Spanish, let’s try Peruvian for dinner. Go to Restaurante Víctor Gutiérrez. This talented Michelin-star-holder blends influences from his native South America with his passion for Asia (especially Japan). Served with care and a certain sense of mystery, Gutiérrez’s complex dishes go beyond simple gastronomy. They offer a sensory journey through a country where art and cooking are often one and the same.